In-depth reporting from WILL, NPR, the Associated Press, and other sources

Dozens of protesters outside Chicago Police Department's headquarters started marching as soon as they heard that a grand jury had decided not to indict a Ferguson, Missouri, police officer in the shooting death of an unarmed, black 18-year-old in August.

President Barack Obama says he joins with Michael Brown's family in urging peaceful protests after a grand jury decided not to indict the Ferguson police officer who shot and killed the unarmed, black 18-year-old.

Media outlets citing unidentified sources report the grand jury considering whether Police Officer Darren Wilson should be charged in the death of Michael Brown has reached a decision.

The head of the Illinois Board of Higher Education has issued a budget warning to the presidents of the state's public universities after meeting with Gov.-elect Bruce Rauner's budget transition team. 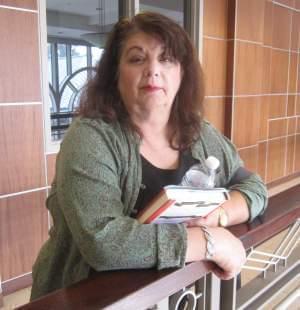 Writer Jean Thompson talks about her new book, in which she retells classic fairy tales in her own way.

In "'The Witch' and Other Tales Re-Told" (published by Penguin's Blue Rider Press), the Urbana resident reaches back to our shared tradition of European fairy tales to produce short stores that go beyond the assumption that such tales are strictly for children. Thompson discusses her new book in an interview with Illinois Public Media's Jim Meadows.

Jean Thompson is the author of several novels and short story collections, including "Who Do You Love", which was named a National Book Award finalist in 1999, and "The Humanity Project", which Thompson discussed on WILL's Focus in 2013.

Visit Illinoisnewsroom.org for the latest updates on the coronavirus pandemic, including COVID-19 disease cases in Illinois.

Coronavirus World Map: Tracking The Spread Of The Outbreak

Tracking The Pandemic: Are Coronavirus Cases Rising Or Falling In Your State?