Our student journalists work directly with journalism professors and public radio journalists to hone their skills, but they also lead and mentor one another in a working newsroom of their own design. 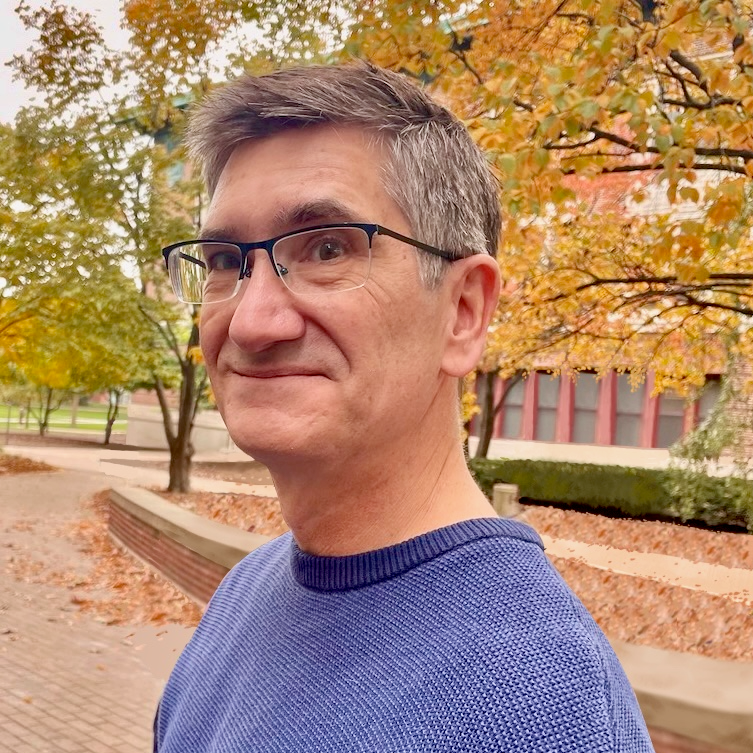 Evans created the student newsroom in 2020 as part of a collaboration between Illinois Public Media and the University of Illinois College of Media, where he teaches multimedia journalism. From the start, the goal of the initiative has been to help U of I students learn from IPM’s professional journalists and to produce audio news segments as polished as any others that listeners might hear on National Public Radio. Prior to coming to Illinois in 2020, he served as president of College Media Association and worked for 14 years as the first student media adviser at the University of Vermont. 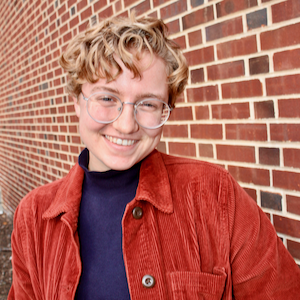 Wood is a senior journalism major from the south suburbs of Chicago. She joined the Illinois Student Newsroom in January 2022 and covered the Champaign local government beat. Since then, she has joined the IPM team as producer of the 217 Today podcast. Wood also serves as the assistant buzz editor at The Daily Illini and is part of a weekly arts and entertainment talk show on the university's student-run station WPGU. After graduation, she looks forward to pursuing a career in public radio. 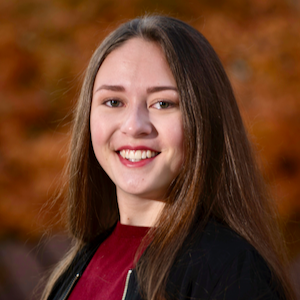 Holcomb is a sophomore journalism major from the small town of Coal City, Illinois. She joined the Illinois Student Newsroom at the start of 2022. Outside of the Newsroom, Holcomb serves as news director for the student-run station WPGU and has been a news staff writer for The Daily Illini, the University’s independent student newspaper. 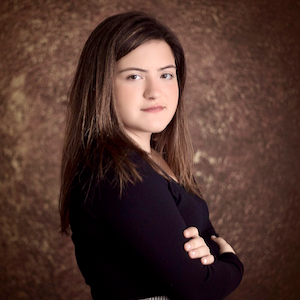 Barba is a sophomore studying journalism at the University of Illinois and social media director for the student newsroom. Outside of classes, she writes for the Life and Culture section of The Daily Illini, does social media for the university's student-run station WPGU, and is part of the New Voices Internship at the College of Media. She is passionate about using her writing skills and position as a member of the media to uplift the voices of others, especially the Hispanic community, of which she is a proud member. 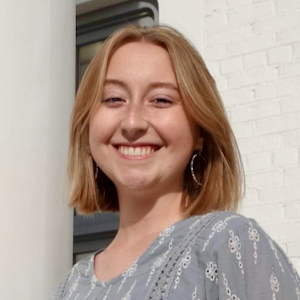 Lonergan, a sophomore from Elmhurst, Illinois, has worked in broadcast journalism for five years and covers campus athletics as a video production assistant with Fighting Illini Productions. She aspires to work as a professional broadcast journalist or producer in the future.

Alumni bios come from the time these journalists worked in the student newsroom. 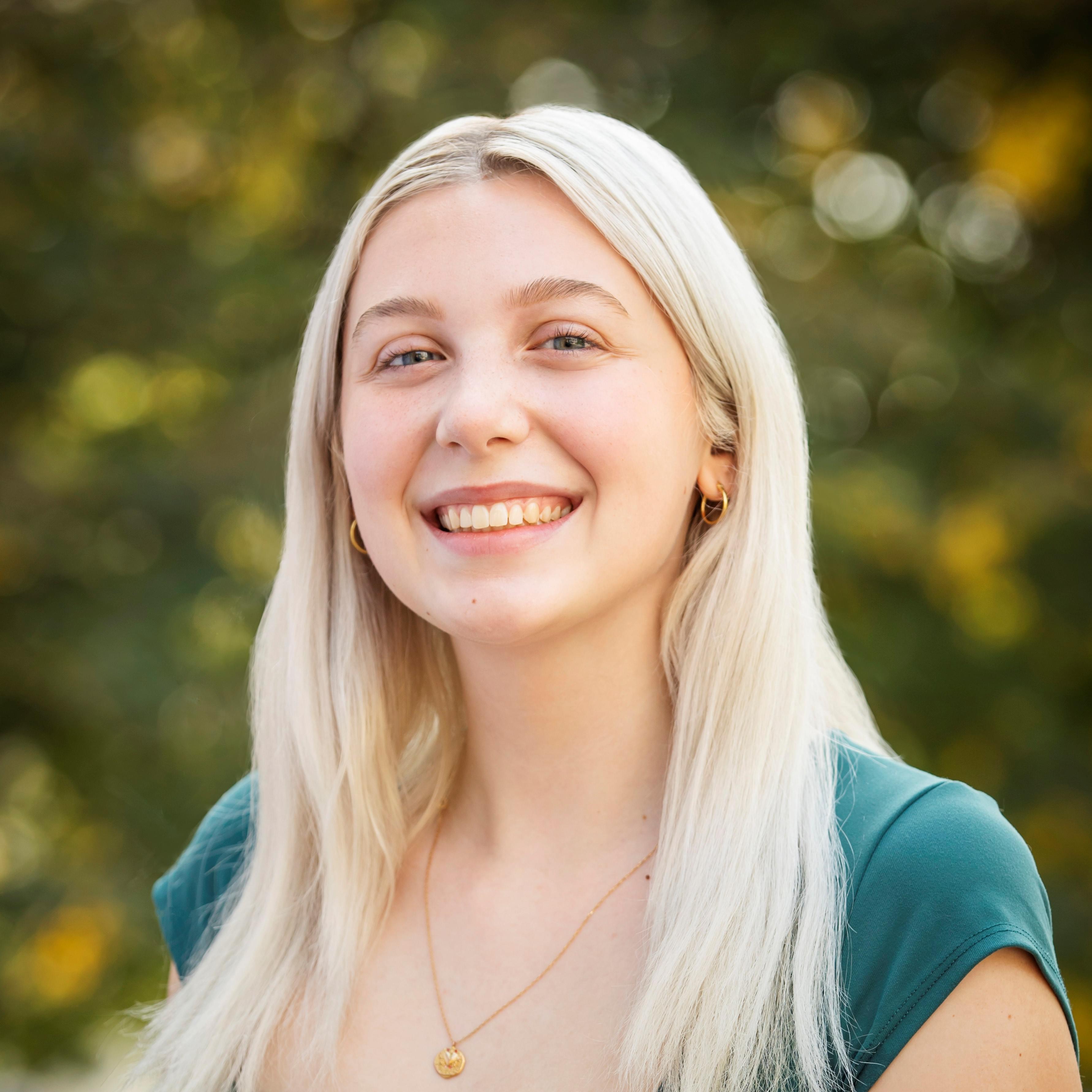 Anderson, a sophomore journalism major from Danville, Illinois, holds multiple positions at IPM. In addition to serving as a mentor and producer to newer reporters in the student newsroom, she serves as producer of the daily IPM podcast, 217 Today. She was among the first cohort of the student newsroom, starting with coverage of the 2020 election. Her work for IPM has won both local and national awards, including first place in the student spot news category of the Illinois News Broadcasters Association’s 2021 awards and recognition as one of the top 20 pieces of student journalism in the nation as determined by the Hearst Journalism Awards Program. Outside of IPM, Anderson is the assistant investigative news and longform editor at The Daily Illini, the University of Illinois' student-run newspaper. 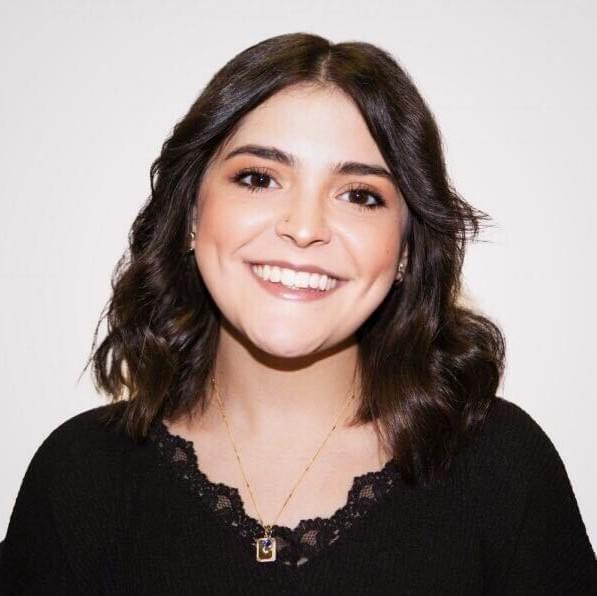 Garibay is a senior journalism student from the northwest side of Chicago who joined the Illinois Student Newsroom in the fall of 2021. In her stories for WILL-AM/FM and IllinoisNewsroom.org, she’s covered arts and culture, education, and social justice issues affecting local communities. Her work produced in the student newsroom won sixth place in the 2021-2022 Hearst Journalism Awards Program in the audio/news features competition. Garibay serves as one of the senior producers who leads and mentors other students. During the summer of 2021, she was the 217 Today Podcast production intern at IPM, and she was the 2021-2022 buzz, or arts and culture, editor at The Daily Illini, the University’s student-run newspaper. She also hosts a weekly arts and entertainment talk show on the university's student-run station WPGU with fellow buzz staff members, and she tutors journalism students at the University. 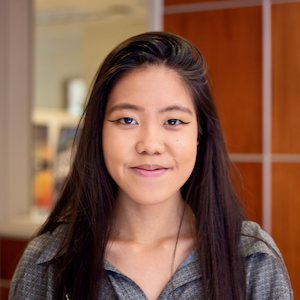 Eunice is a senior pursuing journalism and double-minoring in legal studies and informatics. Her work with Illinois Public Media started in 2019 for the statewide talkshow The 21st as a production assistant intern and then later as an engagement producer. She is the founder and president of the Asian American Journalists Association student chapter at the University of Illinois at Urbana-Champaign. 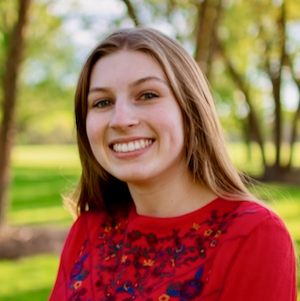 Eva is a junior majoring in Earth, Society and Environmental Sustainability, and minoring in both journalism and business. With a passion for environmental journalism, she’s working toward earning her undergraduate certificate in environmental writing. She is the 2019 Illinois High School Association state champion in the category of radio speaking. In the upcoming semester she will study abroad in Rome with a journalism-based internship and is looking forward to exploring sustainability and community far from her hometown of Wheaton, Illinois. 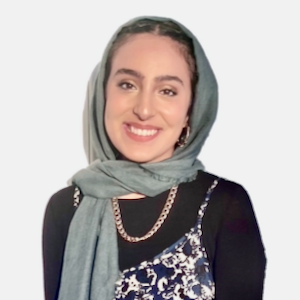 Neshmia is a senior in journalism. She joined the Illinois Student Newsroom earlier this year and is eager to learn the art of audio journalism. In her previous years, she served as a news correspondent for the university's student-run station WPGU and has reported for the Opinions and News column at The Daily Illini. She also interned at the Mahomet Daily, covering beats ranging from political issues to local community events. Outside of experimenting with recipes and challenging her knowledge with a plethora of podcasts, she serves as a producer for the student-life style show, Good Morning Illini. She hopes to go into news production after graduation. 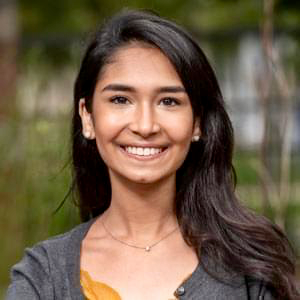 Qureshi is a senior journalism major from North Aurora, Illinois. Alongside Illinois Student Newsroom, she is also involved in The 21st Show at Illinois Public Media and serves as the night editor for the Daily Illini, the student-run newspaper at the University of Illinois. Her reporting has followed food insecurity and COVID-19, and she has also helped produce various segments on The 21st Show. Before moving to the Urbana-Champaign area, she was also involved with the University of Missouri's undergraduate, student-run paper The Maneater. Following graduation, she hopes to pursue work in radio journalism. 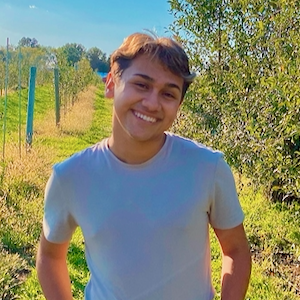 Reyes, a first-year journalism major from Lafayette, Indiana, joined the student newsroom in the spring of 2022. During Emilio’s time in the student newsroom, he was able to get his first ever story broadcast on The 217 Today Podcast. The story was regarding the “official death of Unofficial”. Outside the newsroom, Reyes enjoys spending time with his friends and family and staying active. Following graduation, Emilio plans to obtain his masters in broadcast journalism, which he hopes will land him his dream job being on TV. 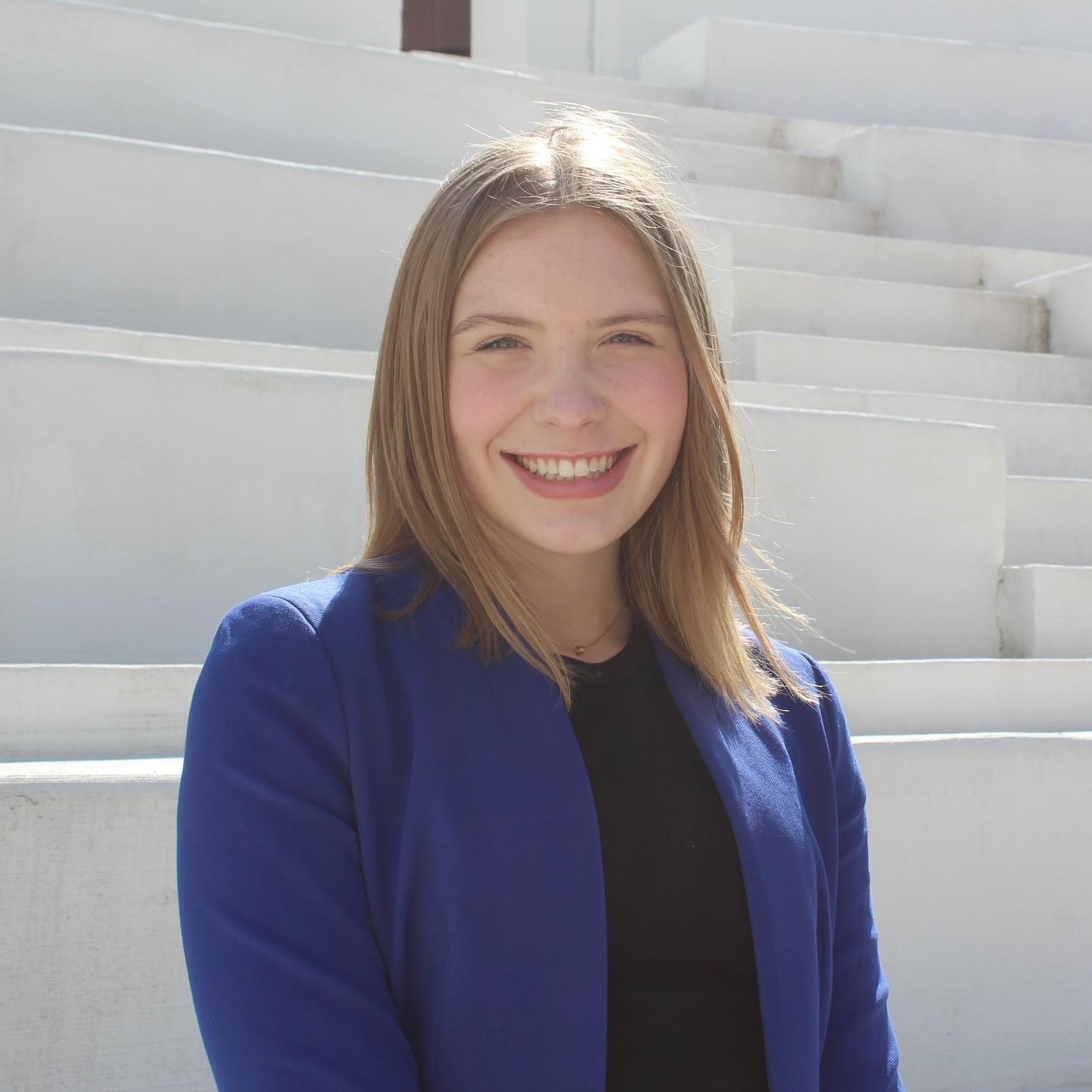 Skiles, a sophomore journalism major from Glenview, Illinois, began in the student newsroom as part of the inaugural class, covering election day of 2020, when she and her fellow staff members spread across the regions to talk to voters from Danville to Decatur. Currently one of the managing editors of The Daily Illini, the university’s independent student newspaper, Skiles aspires to be a professional journalist who serves as a voice for the people. 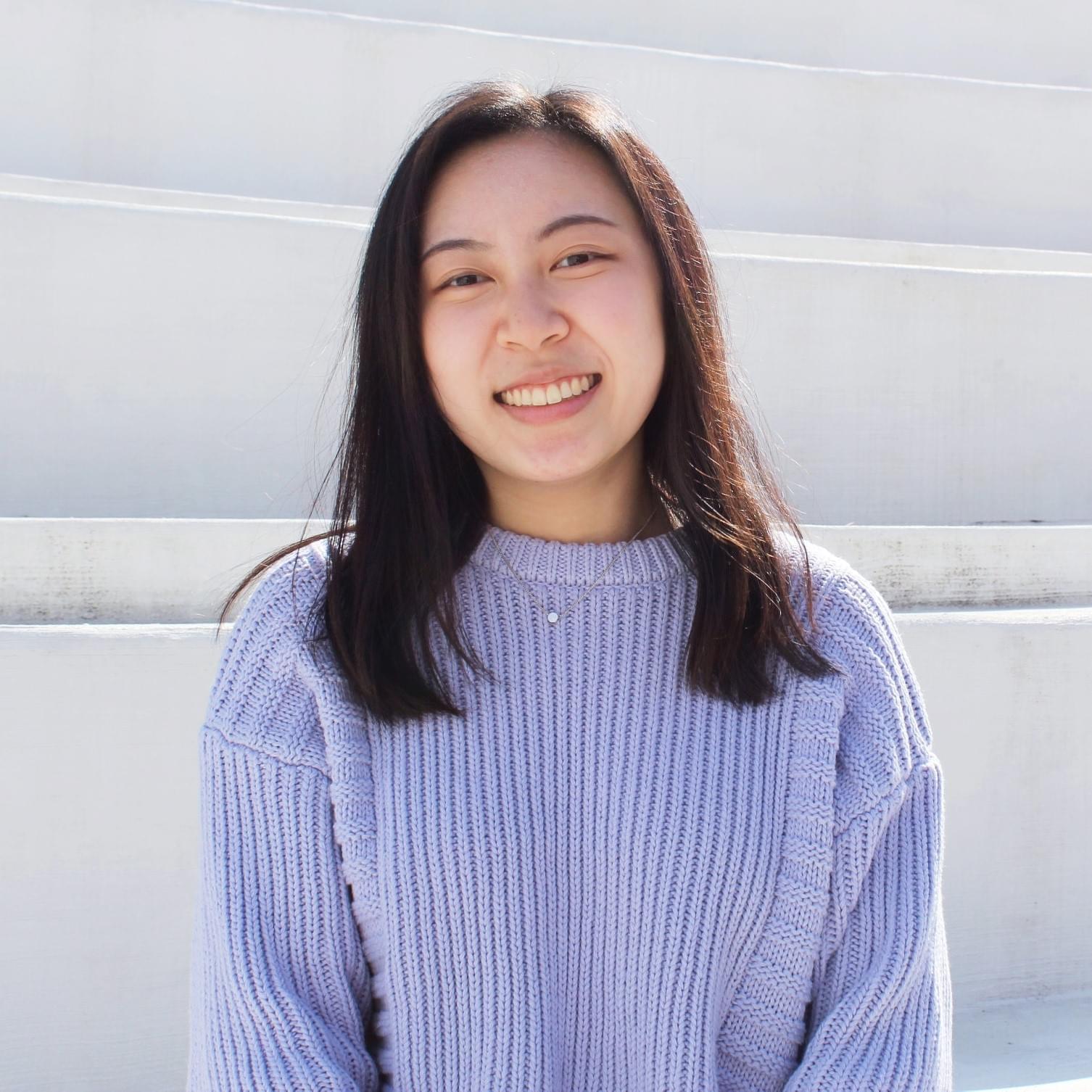 La is a sophomore at the University of Illinois at Urbana-Champaign studying journalism. She is a reporter and an assistant news editor at The Daily Illini. In addition to being a reporting intern, La is part of the inaugural IPM student newsroom. Aside from journalism, La enjoys watching science documentaries and is a flute player in the Campus Band. 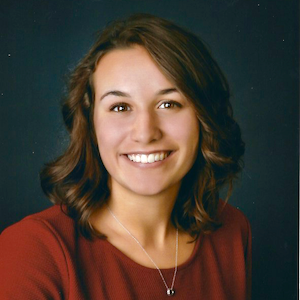 Plescia is a driven and hardworking journalist with a passion for feature writing and investigative reporting. She is getting her Master's of Science in journalism at the University of Illinois at Urbana-Champaign, where she is practicing data journalism and radio. Her past experience has taught her to be versatile and adapt quickly, whether she is covering a village hall meeting or a drag show. . 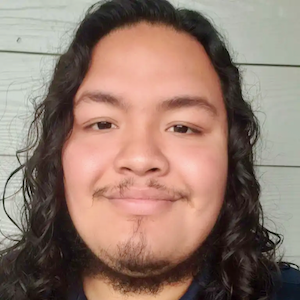 With his first IPM stories coming out of his coverage of local elections in November 2020, Sanchez is among the first members of The Illinois Student Newsroom. He's thrilled that his involvement has given him the opportunity to learn about what happens behind the scenes at a professional NPR-affiliate news station. 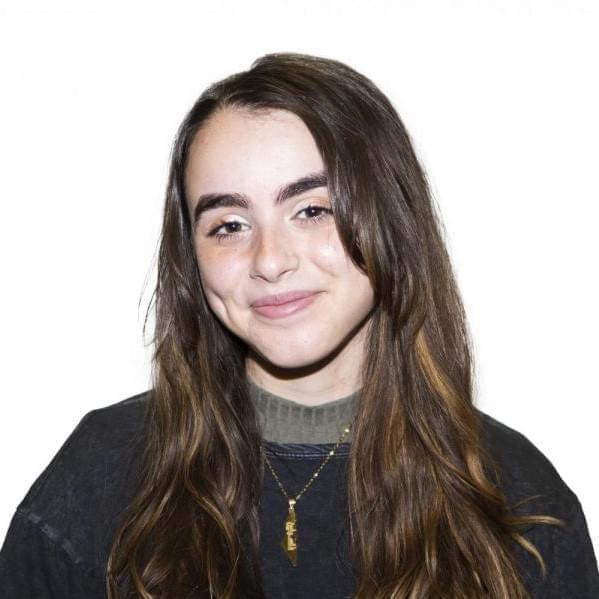 Alrazzaq is a senior journalism major from Orland Park, Illinois. She joined the Illinois Student Newsroom in 2021. Outside of the newsroom, she serves as the assistant news editor for The Daily Illini, the student-run newspaper at the University of Illinois, and as a managing editor for the law review club on campus. Following her time at the University of Illinois at Urbana-Champaign, she plans on attending law school. 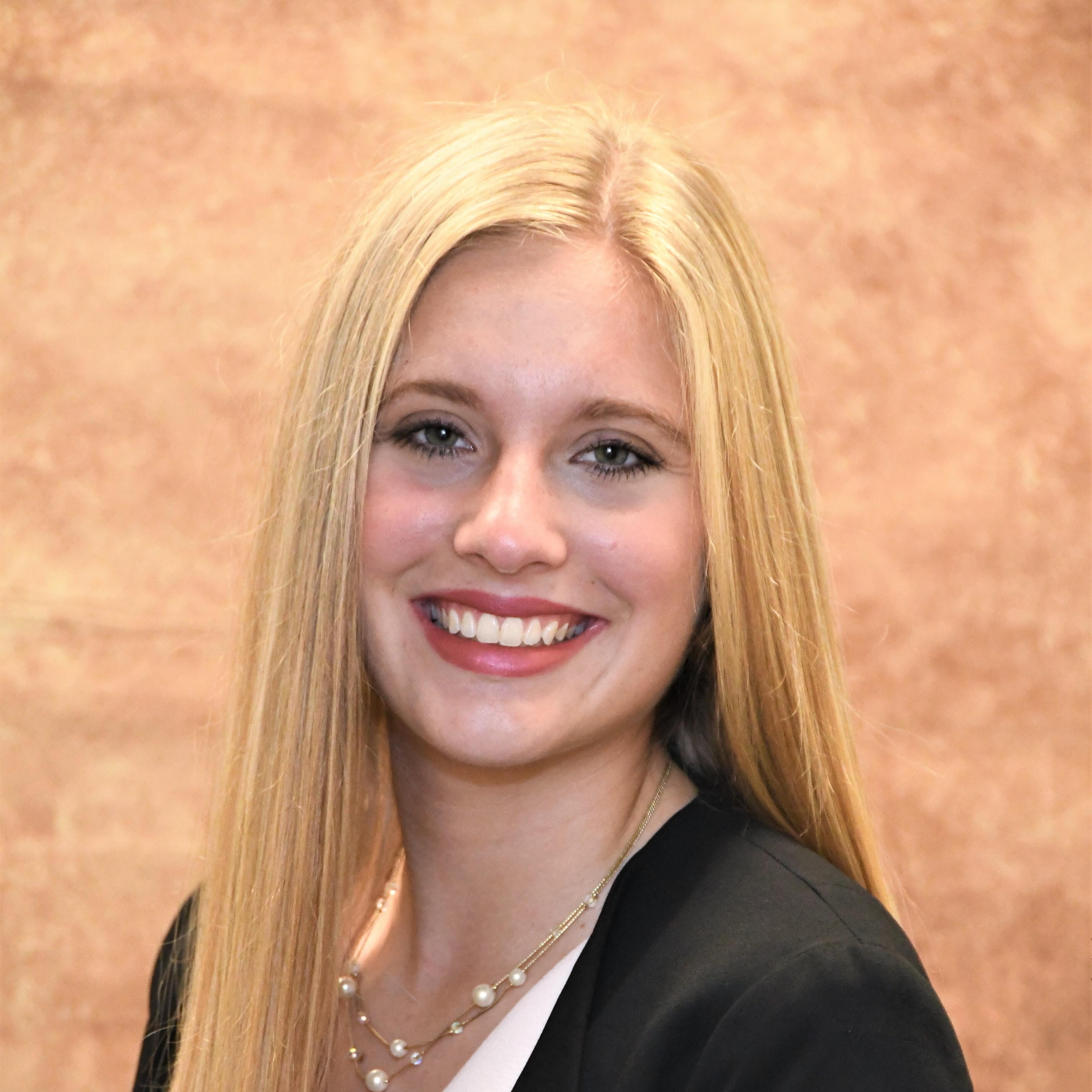 Bickelhaupt, a junior studying agricultural communications with a concentration in journalism, joined the Illinois Student Newsroom in 2021. She is involved in the College of ACES Student Advancement Committee, the National and Illinois Agricultural Communicators of Tomorrow and the 4-H House Cooperative Sorority. She aspires to combine her love for people, agriculture, policy and journalism following graduation. 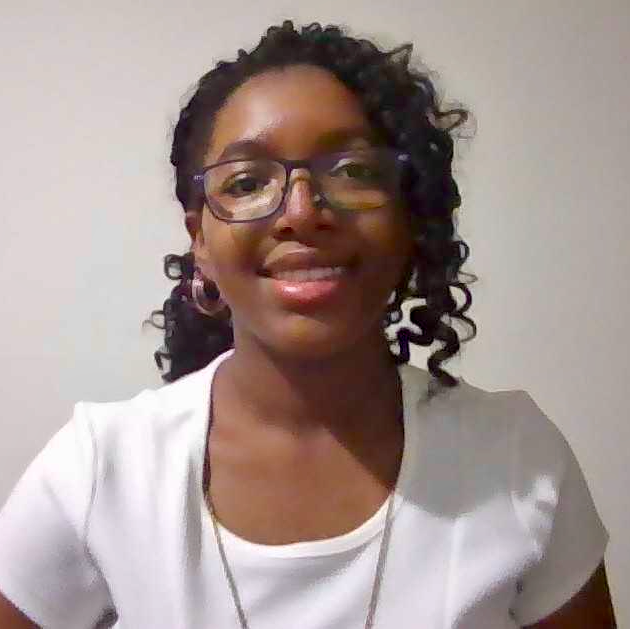 Jones is a senior journalism major from Chicago. She began working for the newsroom after a story of hers about the effects of the pandemic on parents and their young children aired on IPM. She was previously a reporter for the Illini Yearbook in 2018, covering student life and events. She aspires to obtain a job in newsroom production after graduation. 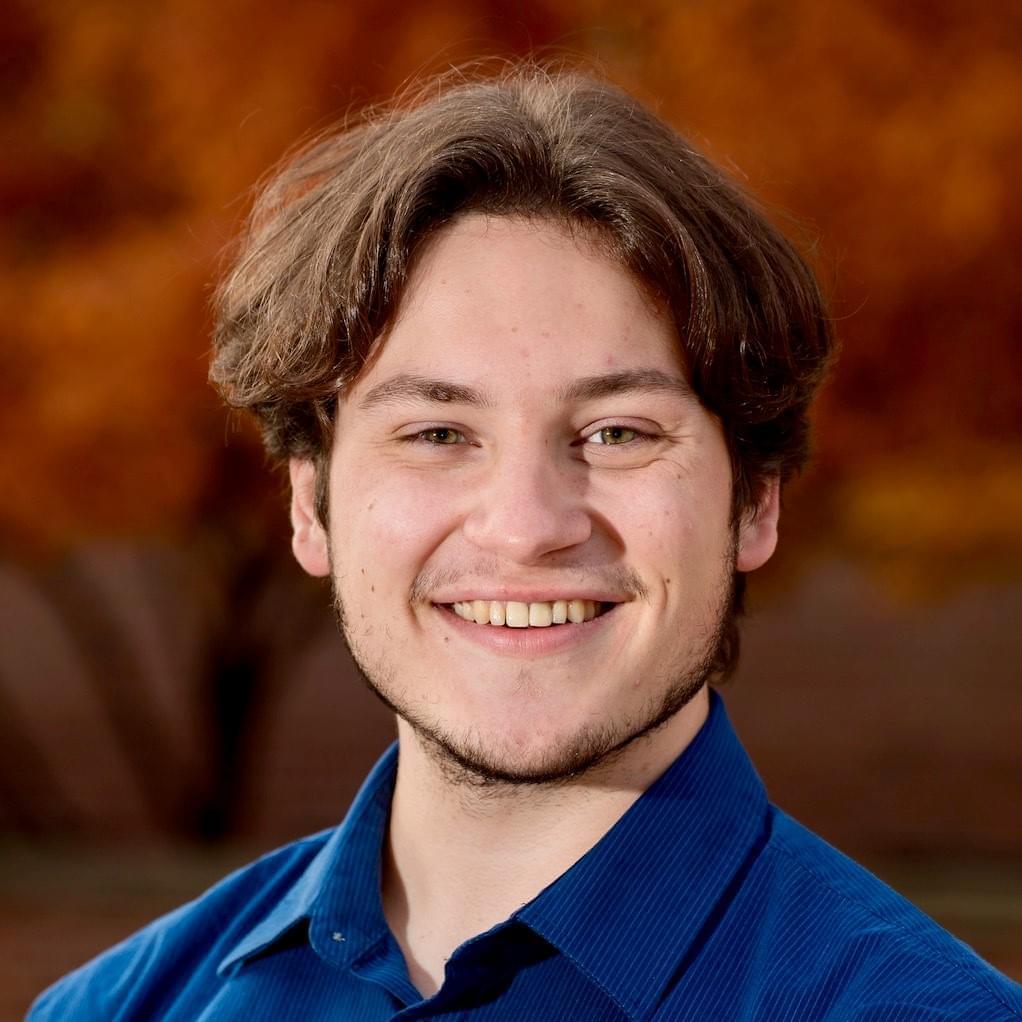 Malone, a junior in journalism and political science, joined the Illinois Student Newsroom in 2021. In his work at Illinois Public Media, he has covered local government, social issues, and university affairs. Malone is an avid photographer and has worked in broadcasting and journalism since he was 15. Beyond the student newsroom, his work can be found in many places around Champaign-Urbana. He serves as the inaugural news director at the university's student-run station WPGU and as a staff writer for Smile Politely. 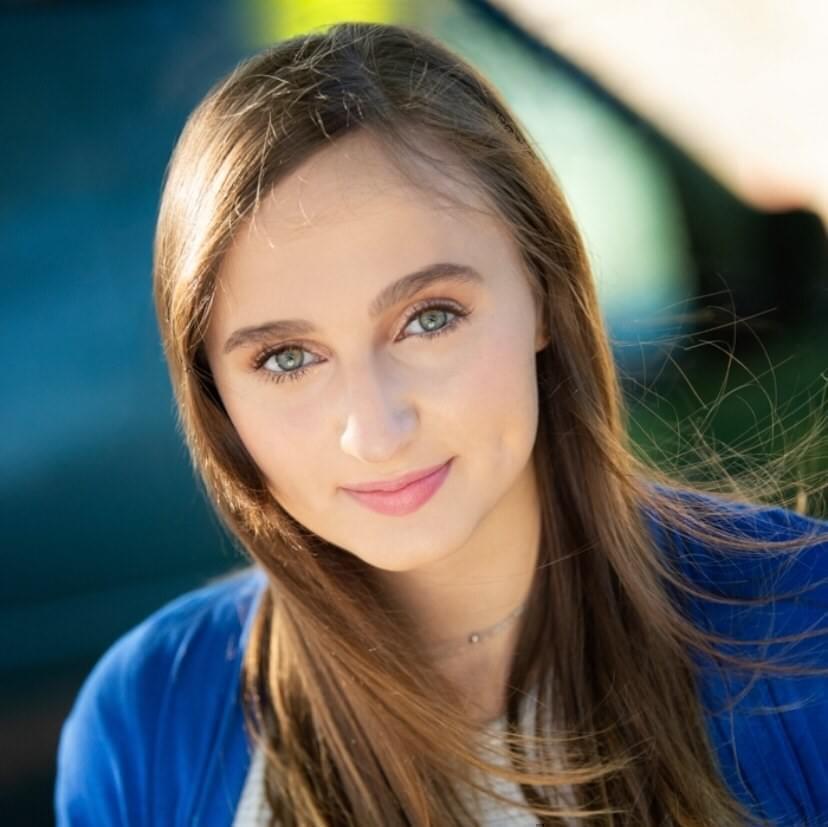 Vamos is a sophomore journalism major pursuing a dual degree in viola. She has contributed journalism work on the Illinois Public Media 217 Today podcast, covering topics such as the Durga Puja Festival in Urbana and Amnesty Week. She is a staff writer for The Daily Illini and the vice-president of the university chapter of the Society of Professional Journalists. Vamos is interested in pursuing a career in broadcast journalism or communications. 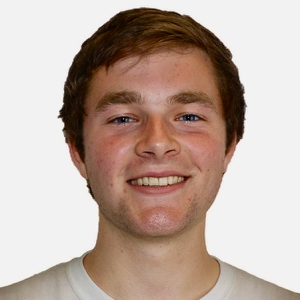 Good is a graduate student with a degree in journalism and a minor in political science. He specializes in sports, music, photography and event coverage. He has covered virtually every sport at the university, including a volleyball Final Four. He has a strong interest in music journalism, as well. 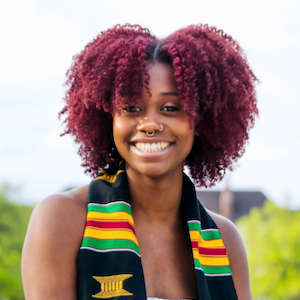 Perry is a graduate student with experience in print and video journalism. She is involved with the student TV station, UI7, and is one of the inaugural members of the University of Illinois chapter of the National Association of Black Journalists.