Join the case, and get to streaming all four seasons of Frankie Drake Mysteries right now with your WILL Passport on the PBS Video App.

Don’t know where to start? Check out a brief description of all the seasons below. Not yet a member of WILL, become a friend and start enjoying these benefits today! 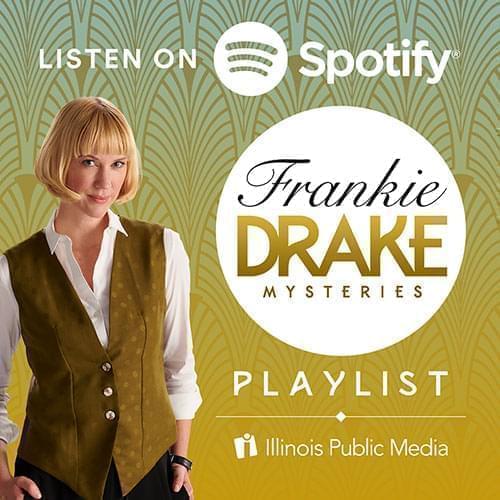 Against the backdrop of 1920s Toronto, alive with social change, radical politics, and crime, Frankie Drake Mysteries transports you back in time to a world of mystery and suspense… with a some fun mixed in there, too. And the common thread weaving it all together? Beautiful jazz music. Immerse yourself in the full Frankie Drake experience with this special playlist, curated just for you!

Which common 1920s laws are you breaking?

At the heart of it, Frankie Drake Mysteries is a historical drama uncovering important milestones in Canadian history. Most notable of these is the role women played in Toronto's police force at the time. In the first season we get to know morality officer, Mary Shaw, a powerful character filling the first and only position available to women in the 1920s. So, which common 1920s laws are you breaking today? Find out here.

The year is 1921. The world is undergoing massive changes. Jazz is on the turntables as communism and prohibition are being hotly debated in speakeasies. Society will never be the same – and crime has never had it better. A new age calls for a new kind of detective, and the women of Drake Private Detectives fit the bill. Click here to watch S1E1, Mother of Pearl.

This second season is a real ride for the city’s only female private detectives! Cases will take Frankie and her team of gal pals across prohibition-era Toronto, from renowned museums and high fashion houses, to dance halls and baseball leagues. Click here to watch S2E1, The Old Switcheroo.

The Drake Private Detectives are back for their fourth and final round of mysteries. Frankie Drake and Trudy Clarke, with help from their friend’s morality officer Mary Shaw and morgue assistant Flo Chakowitz, are new detectives for a new world. Click here to watch the Season 4 preview.