​It is dry in the United States from Texas to Illinois.

by Todd E. Gleason
It is dry in the United States from Texas to Illinois.
Frankly, that’s not a big deal right now or a marketing plan. It could become something later on in the year, but the odds don’t really correlate in any fashion. Here is proof from the USDA NASS National Average Yield database. What you see is the average national corn yield for each year since 2010 imposed on a January Drought Monitor map. The U.S. Drought Monitor is produced through a partnership between the National Drought Mitigation Center at the University of Nebraska-Lincoln, the United States Department of Agriculture, and the National Oceanic and Atmospheric Administration. 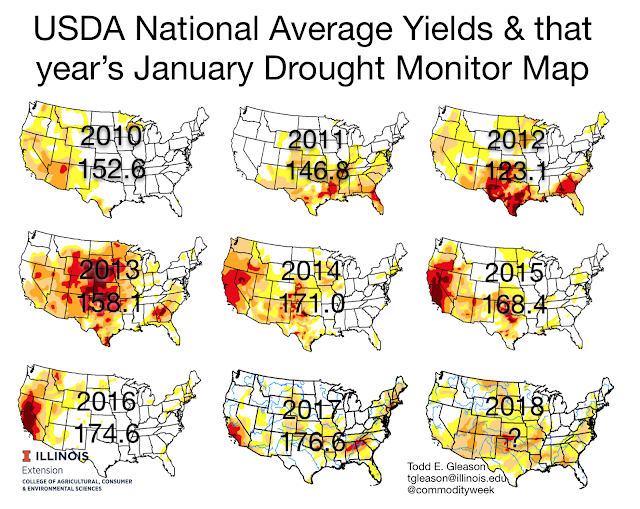 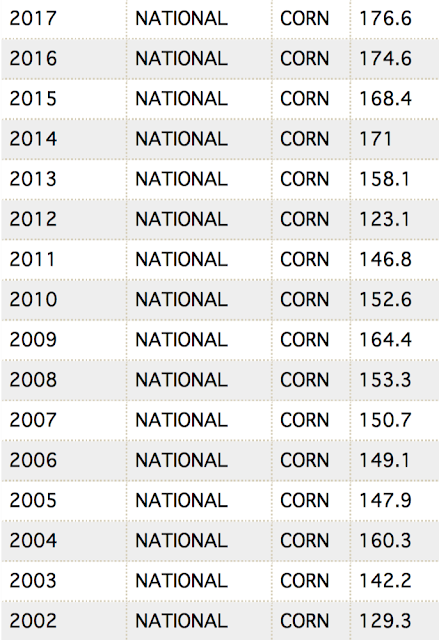