Working and Trying to Get Better Every Day

1:15 UGLY SWEATERS, MISLEADING DOLLARS AND RIPPING COLLARS
The ugly holiday sweater trend continues to have legs, and Lisa details an impressive batch from MLS. We check back on a conversation Brian had with Jay Rosenstein about the unexpected ways state taxpayer money funds the University of Illinois athletic department. John has something to say about that, eventually. Then we quickly talk about ads on NBA jerseys. Why no Bulls yet?

12:50 COACH FAHEY
We talk to first-year Illinois women’s basketball coach Nancy Fahey. Coach Fahey is a Women’s Basketball Hall of Fame member who left a very successful Washington University program to work on rebuilding the U of I’s team. We ask her what the transition has been like, what she hopes to build in Champaign and how basketball has changed since she played in the Big Ten at the University of Wisconsin.

31:00 CONTROVERSY!
It’s Lisa’s turn and she brings up the controversy surrounding U.S. military services academies’ sports programs and the secrecy behind their revenues and expenditures. The athletic deparments have been “outsourced” to enable them to be more competitive, and this has led to the refusal to reveal salaries and finances.

38:23 STATUS UPDATE!
John ponders DNA tests at NFL games, Brian brings up the world’s most talked-about Twitter account, and Lisa discusses the potential meaning of "a clearer financial picture specific to the vehicle."

And that's the 44th episode of The Bandwagon Podcast, which makes it a happy episode. You can follow us on Twitter. 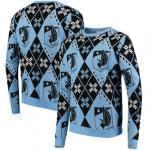