When 12- and 13-year-old University Laboratory High School students interviewed veterans of World War II, Korea, Vietnam, Afghanistan and Iraq, the students’ age and inexperience may have enabled them to get better stories from the people who served.

“The youth of the interviewers caused the interviewees to be specific in a way they wouldn’t have had to be with others,” said Janet Morford, the Uni High teacher who helped the students produce a new radio documentary and series about military service.

It’s that way each year when students do an oral history project with the help of WILL Radio. “The richness of every project comes down to the incredible conversations these interviewees are willing to have with these young students,” Morford said. 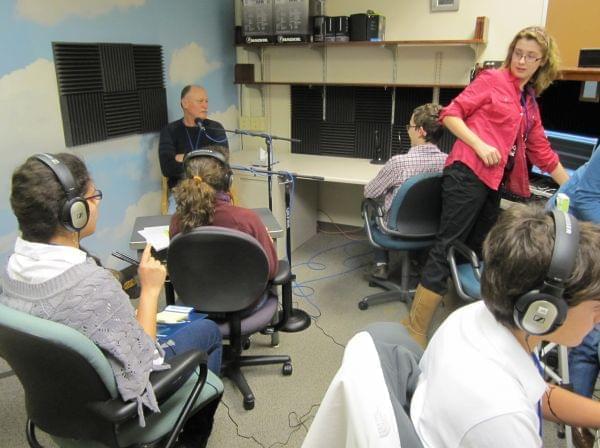 Student producer Sunjay Koshy said most people know war primarily through statistics such as how many people were killed or injured. “I want people to get a more detailed, complex view of war through the interviews with people who served,” he said.

Illinois Public Media’s Dave Dickey, who also mentored the Uni students, said the changing nature of the military was one key thread in the programs. Another was the anti-war protests that Vietnam veterans faced when they came home. “I think it’s beneficial to look at the moments in history when the military changed, like when it integrated minorities, gay people and women into its ranks,” he said.

The other student producer for the programs, Leif Hague, said he had never before thought of the military as a living, changing entity until he listened to all the interviews. “It’s really different now than during World War II,” he said. 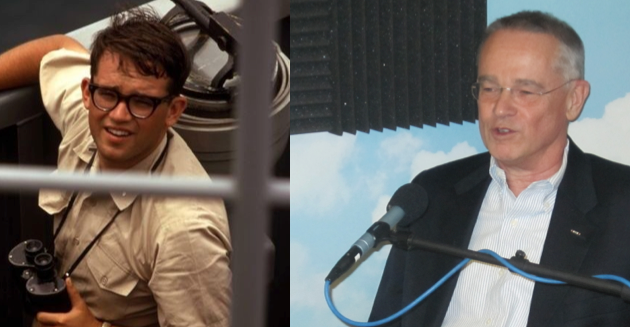 Veteran Joseph Rank during the Vietnam War (l) and being interviewed by Uni High students (r).

One of the interviewees, World War II veteran Joseph Smith, talks about riding a train in Mississippi during the war. The train stopped and Smith saw a big sign that said, “Welcome Servicemen.” “The Red Cross was there with donuts, mountains of donuts and coffee urns,” he said. “We were like, ‘Oh boy, this is fine!’ ” They waited and waited, but nothing happened. When the Red Cross saw that the train was filled with black troops, they closed down.

Another veteran interviewed, Shaheen Shorish, is an American citizen of Afghan descent, Muslim and female. While serving in the Persian Gulf War, she realized she was gay. She talked about knowing that anyone who didn’t like her could report her and cause the Navy investigative services to follow her. “It’s not like you would be doing something like having sex in a storeroom. They could follow you to your home and see how long you hang out with another person, see if you two went to a movie together. They were allowed to do that and then write up and say that you’re gay,” she said.

WWII Veteran Charles Bruns while enlisted in the army (l) and being interviewed by Uni High students (r).

Paul Wisovaty, a Vietnam veteran, talked about coming to the realization that the war was wrong, but also realizing that serving in the military was the best thing to happen to him because it broadened the horizons of a central Illinois boy who had never been anywhere.

Morford said students learned what led people to military service and the impact it had on them. “That’s where the greatest discovery was,” she said.