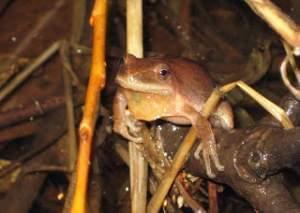 The participants in the initial phase of this aquatic love fest, which begins in water cold enough to stun people, include frogs that are known by their vocalizations—spring peepers [pictured], whose once-per-second ascending peeps [IDNR audio] can be heard day and night, and western chorus frogs, whose call is often compared to the sound produced by running a stick over the teeth of a comb [IDNR audio]. 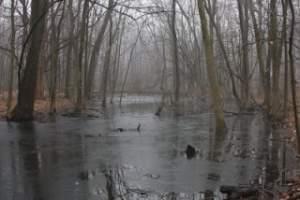