A follow-up to the author's account of birding in Senegal while visiting over the holidays.
Rob Kanter
Listen (Duration: 4:00)
Download

Although the other members of my family enjoy a range of outdoor activities when we travel together, I like to spend more time birding than they do. I especially enjoy staking out a spot where I can spend some quality time with my camera early in the morning.

On the second stop of our tour in Senegal, this was just across the road from our lodging which was located on a narrow spit between the Senegal River and the Atlantic Ocean. The tidal flat there, featuring a newly established strip of mangroves, offered great opportunities to photograph a variety of herons and other waders, as well as shorebirds, gulls and terns. 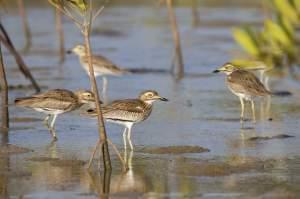 Most of the birds I saw at this spot were new to me, but many of them were recognizable as counterparts to birds I’ve seen in North America: A large heron nearly undistinguishable from our great blue heron, a smaller egret like our snowy egret, and so on. Others were different from anything I’ve seen, including the most numerous and noisiest birds on the scene, spur-winged lapwings. These are medium-sized shorebirds with striking black and white markings that call to one another loudly throughout the day.

On the way back from this spot one day, I had stopped to watch birds in the trees around our hotel’s parking lot when I came upon the most colorful birds of our trip, little bee eaters. They were bright green above with a black mask, a vibrant yellow throat and various shades of orange below. They were flying out from a low branch to catch insects--everything from small wasps to dragonflies--and then perching again to eat.

In addition to the birding I did on my own, my family and I enjoyed some memorable excursions dedicated to wildlife watching. One day we traveled to the Djoudj National Bird Sanctuary in a van, along with a family of four from France, a local guide and a driver. The highlight of that trip was a boat ride to see the sanctuary’s enormous nesting colony of great white pelicans, but we saw many other birds along the way, as well as some interesting non-bird animals—west African crocodiles and warthogs among them. 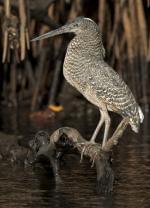 Because I was interested in getting pictures, our guide insisted I ride in the front of the van on the way back, and our driver even stopped for me to get out for shots of some animals. (I don’t remember anyone from our party complaining about this, although I wouldn’t have been listening closely for that, either.)

Along the same lines, I benfited from the help of the guide who drove a boat we rode in during our time in the Saloum River delta, which is south of Dakar on the Atlantic. He would orient the boat just right, give the engine some gas and then cut it, which enabled us to drift in quietly for photos of birds among the mangroves. There our most memorable finds were an elusive white-crested tiger heron and a goliath heron, the largest heron on earth.

Like many other travelers, I can talk about a trip for much longer than anyone might reasonably be expected to stay tuned. To avoid that here, let me invite you to look at photographs online here: 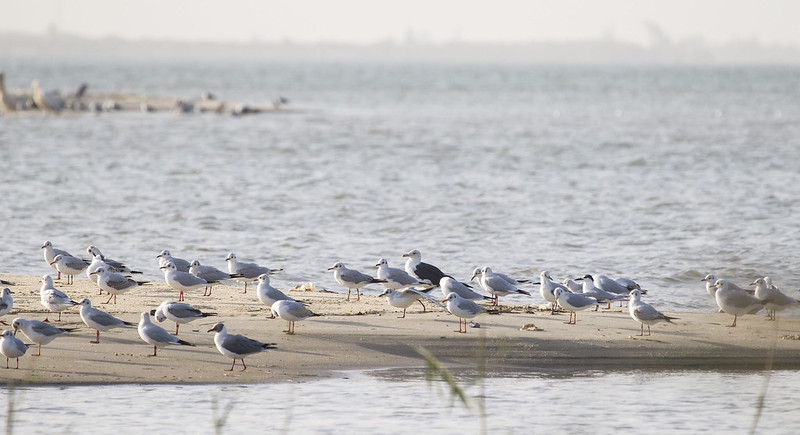