The Media and That War 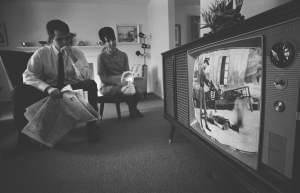 Pulitzer Prize-winning journalist Gene Graham speaks at the University of Illinois at Urbana-Champaign about the media coverage during wartime. He says television, with its emotional impact, has given rise to the age of demonstrations. While Graham credits television news for garnering more of an interest in the Vietnam War, he says its coverage has been poor because facts are often distorted for entertainment value.