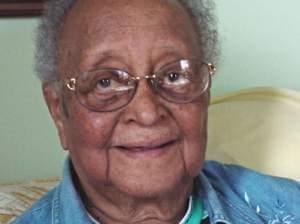 I Remember, I Believe

The students were trained in the techniques of immersion journalism by Leon Dash, professor of journalism, at Illinois.

The students interviewed each woman seven times asking them about growing up in their family, their school and church experiences and their transition into adulthood. More than 60 hours of interviews were obtained.

U of I graduate journalism student Keri Carpenter, who helped mentor the youth, turned the interviews into the I Remember, I Believe radio series.

I Remember, I Believe Blog

Remembering the Death of Emmett Till
Listen

Erma Bridgewater of Champaign, Illinois remembers how Emmett TIll's death affected her.  Emmett Louis "Bobo" Till was an African American boy from Chicago, Illinois, who was murdered at the age of 14 in Money, Mississippi, a small town in the state's Delta region, after reportedly whistling at a white woman. The murder of Emmett Till was noted as one of the leading events that motivated the American Civil Rights Movement. The main suspects were acquitted, but later admitted to the murder.

Ruby Hunt of Urbana, Illinois talks with Franklin Middle School students about segregation then and now.

More on I Remember, I Believe

Explore and listen to I Remember, I Believe audio