Another religiously-based challenge to parts of Obamacare may be headed to the Supreme Court.

The Affordable Care Act, known as Obamacare, requires employer-provided health care plans to cover certain preventive services without any out-of-pocket cost to employees or their families. Cancer screenings, immunizations, and a wide range of other services are included. One such service, contraception, has triggered both the Supreme Court’s 2014 decision in the case known as Hobby Lobby and the new challenge. 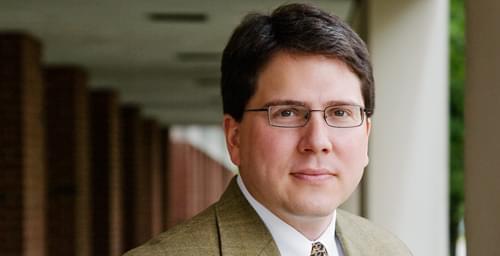 The latest set of lawsuits are brought by religiously affiliated employers—charities, colleges, orders of nuns, and the like. Obamacare already exempts churches and closely related entities from the contraception requirement. For other religious, non-profit employers, though, the government tried to steer a middle course.

Recognizing that many such employers would have religious objections to providing some or all contraceptives under their plans, the government gave those employers two alternative ways of complying with the law. Both of those ways essentially amount to this: the employer states in writing that it has a religious objection to providing contraceptive services. The burden of providing those services to employees then shifts to the employer’s insurance company or the company that administers the health care plan.

The challengers in the new lawsuits argue that even filling out that piece of paper places what the law—here, the Religious Freedom Restoration Act—calls a “substantial burden” on the employers’ religious freedom, because the paper is designed to lead to someone else providing contraceptives to which the employer has a religious objection. That might sound preposterous to many of us, and quite a few courts have already rejected the claim, but there’s an important background here. Courts in the United States have long been reluctant to inquire into whether a claimed religious belief is sincere, or whether it’s really part of your religion’s doctrine, even if it might seem strange to most of us. That reluctance is, in general, the right approach: imagine judges empowered to declare your religious belief, or mine, insincere or insufficiently grounded in scripture or church doctrine! But even if we assume the employers’ beliefs are sincere, that doesn’t necessarily mean they’re right in their legal conclusion that writing down their objections puts a substantial burden on those beliefs.

If the employers are right that the piece of paper itself imposes a substantial burden, then the government will have to show that the process it requires is the least restrictive way of accomplishing its health care goals. Put differently, there would have to be no other practical way the government could make sure people get access to contraceptive services, while putting less of a burden on the employers’ religious freedom.

So far a whopping seven federal courts of appeals have rejected the new challenge, and only one has accepted it. That one, though, creates what’s called a circuit split and significantly increases the odds that the Supreme Court will agree to hear the issue. If it does, then the government will have to win over at least one of the Justices who ruled against it in Hobby Lobby.