Legal Issues in the News

The Supreme Court has agreed to hear a case called Seila Law v. Consumer Financial Protection Bureau. The case involves a challenge to the constitutionality of the CFPB, as the agency is commonly known. Because the decision could have far-reaching consequences for the structure of our federal government, it has my vote for the most important case to watch in this Supreme Court’s term.

Congress created the CFPB in 2010 as part of the reforms to the financial industry in the wake of the Great Recession. The brainchild of then-Harvard Law Professor Elizabeth Warren, the CFPB was to be the “cop on the beat” to protect consumers from predatory lending practices.

To preserve the CFPB’s independence, Congress put a single director in charge. The president would appoint, and the Senate would confirm the director to a five-year term. Once appointed, the president can remove the director only “for cause.” To even further insulate it from politics, the CFPB is funded by the Federal Reserve rather than through congressional appropriations.

In 2017, the CFPB issued a civil investigative demand to Seila Law. The CFPB wanted the law firm to provide documents and answer questions as part of an investigation into whether the way it marketed debt-relief services violated federal law. Seila Law resisted on the grounds that it did not have to obey the demand of an unconstitutional agency, which is exactly what the law firm believed the CFPB to be.

At the heart of Seila Law’s claim is that these sorts of officials answer to the president or at least someone who does. The CFPB director is different. Once appointed, the CFPB director serves a 5-year term even if the president is dissatisfied with the director’s performance. Under this logic, some part of the executive power has been vested in someone other than the president, contrary to the Constitution’s directive.

In 1935, the Supreme Court rejected this reasoning in turning away a claim the president could fire members of the Federal Trade Commission. In 1988, the Court reaffirmed the earlier case in rejecting a challenge to the law allowing appointment of an independent counsel to investigate high-ranking officials.

Justice Scalia was the lone dissenter from the 1988 decision, and his dissenting opinion has become something of a manifesto for what has come to be called the “unitary executive” theory. The idea has been picking up steam in conservative legal circles ever since.

Before he joined the Supreme Court, Justice Kavanagh dissented from a lower-court opinion that upheld the CFPB’s constitutionality. Unless he changes his mind, there would need to be only four more votes to find the CFPB unconstitutional. In such a case, it is possible that the Court would strike down the CFPB altogether. More likely, it would rule that the president can remove the director at will.

The CFPB has a single director where all other independent federal agencies are headed by multi-member commissions or boards. The logic of the unitary executive, however, could apply to all of them. Although it is uncertain how the Court will come out, its opinion could undermine the independence of the Federal Reserve, the Securities Exchange Commission, the Federal Trade Commission, and many others. That is why Seila Law v. CFPB is a case to watch. 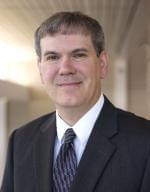 The Legal Analysis of The Grinch 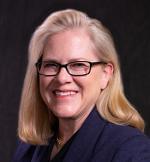 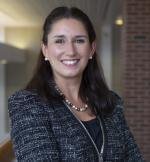 Deal or No Deal - Brexit Edition