A Tale Of Real-Life Espionage In New Book

Adolf Tolkachev photographed and copied hundreds of thousands of pages of highly classified Soviet intelligence during the Cold War. He saved the United States billions of dollars, informed our defenses and his information is still impacting us today. He was the most valuable Cold War-era spy. He was almost never known by history. 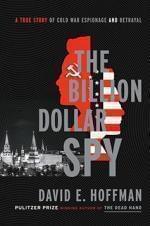 Then David Hoffman found a declassified case study written by the CIA about a spy in Soviet-Era Moscow that focused on the technical of how to run a spy. Thinking there must be more to the story, Hoffman started digging. From his research and interviews he constructed his new book - The Billion Dollar Spy.

The story centers around Adolf Tolkachev, but it starts with a talented case officer called Marti Peterson. Peterson was the first female case officer to work at the Moscow station (the main branch of opperations for the CIA in the Soveit Union.) She was sent because the KGB were everywhere and shaking them was extraodinarily time consuming and difficult work. The station cheif noticed that the KGB never used women and he figured her cover story might be believed.

It worked. Peterson worked in Moscow as a case officer for two years with very little surveillance before the spy she managed was caught and she was expelled from the country. 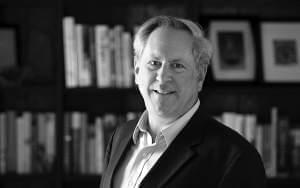 "I think the book shows that, for all the super high-tech, there's a certain shoe leather aspect in espionage - espiecially with human sources," said Hoffman. "And that's what makes the whole business of espionage so important." Because, he says, you can see that a country has a certain missile - but you can't tell exactly what their plans are for it. You can hack into email - but do you know they mean what they are writing? Human sources are "as invaluable today in the tech-heavy world we live in as it was in the 1980s when this story unfolded."

Peterson's expulsion, coupled with other problems at the Moscow station, led to a stand-down. Chicago-born Stansfield Turner was appointed head of the CIA and was concerned by the bad forturne of the Moscow station. He ordered them to cease opperations while they worked to fix their problems.

It was during that stand-down that Tolkachev began trying to contact the CIA.

The CIA met with Tolkachev 21 times on the streets of Moscow - a city swarming with KGB men, and they were not detected.David Hoffman

Tolkachev was nothing if not determined. His first, second, and third attempts were all ignored. Each attempt involved hours of prowling the streets looking for an American getting into or out of their car undetected (American license plates began D-04). Finally, the Moscow station was given the go-ahead to make contact.

Hoffman says that much of Tolkachev's motivation stemmed from the treatment of his wife's family. His wife grew up an orphan because her parents were arrested when she was two as part of Stalin's purge. Her mother was shot and her father spent many years in a work camp. He found his then grown daughter upon his release and recounted what had happened. Shortly after their reunion, though, he too died. "It certainly caused them a lot of anguish that this had happened," said Hoffman.

Adding on to the mistreatment of families around them shortly after they were married Tolkachev and his wife experienced “a period of optimism. They thought maybe we’re beyond this. The wars are over, Stalin is dead,” said Hoffman.

But their dreams weren’t realized. The thaw soon ended, the country began experiencing increasing shortages of basic items and Tolkachev grew increasingly disenchanted. That disenchantment drove him to be as the CIA repeated in numerous memos a “driven man dedicated to inflict the most damage possible on the Soviet regime.”

He was also motivated in a small part by the access the Americans gave him to everyday items like banned books and razor blades. His affiliation allowed him to provide his son with Western rock music, which became extraordinarily popular though the black market, and good quality drafting pencils for his architecture schooling.

"There is a spy vs. spy element to all these espionage stories. This is not something that only we did or only we succeeded at," said Hoffman. "The one difference is that our case officers and CIA officers were spying for a system they believed in - one that represented democracy and they believed they were protecting our democracy and our freedoms. The Soviet system was a prison for its people. It was a different system. But the methods that spies used on both sides were often very similar."

Hoffman says that The Billion Dollar Spy is not just a cold war espionage story "that I hope will be interesting to people, but I think it shows the value of having real intimate knowledge of what are enemies are up to," said Hoffman. "We can't just rely on technology. We need human source intelligence. It's hard. It's difficult. Sometimes it's just about psychology, and instinct, and shoe leather.