Agriculture Will Return To ‘The Land Of Milk And Uncle Honey”

Uncle Honey is the title character of a new book Guebert has written with his daughter, Mary Grace Foxwell. It was at his daughter’s suggestion, that the two of them gathered those stories into a book, The Land of Milk And Uncle Honey. It’s divided into seasons, rather than chapters, to model the natural flow of life on a farm. 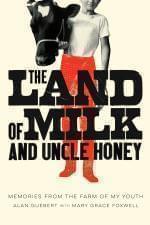 Guebert has written a syndicated newspaper column, "The Farm and Food File", about agriculture for about 20 years. Several of those columns have recounted what life was like on the “Southern Illinois dairy farm of [his] youth” – near St. Louis, at the confluence of the Kaskaskia and Mississippi Rivers – and the beloved great uncle who came to “help.”

It was a career that started in agriculture communications classes at the University of Illinois Urbana-Champaign. 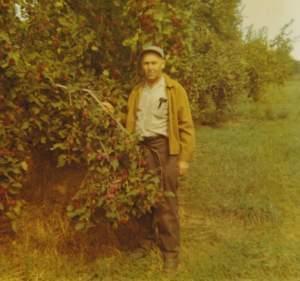 The Uncle Honey of the title was Guebert's paternal grandfather's younger brother. "It was a childhood nickname given to a thoughtful, sweet natured boy who, as he grew into the town's easygoing milkman and then as a gentle, older man, never outgrew it." Guebert writes in the book.

After Uncle Honey retired from his milk route, he showed up at the farm one day "and announced that he was there to help.

"My father was not anxious to hire his Uncle Honey,” said Guebert. This was because he used to run the milk route with him and the one thing Guebert’s father remembered clearly was that Uncle Honey never used the clutch when shifting the milk truck.

Every single piece of equipment on that farm used a clutch.

Guebert’s father couldn’t say no, however, so “he knew he was in for a big metal bending experience – and he was,” said Guebert.

The book is more than just recollections of how things used to be “on the Southern Illinois dairy farm of [his] youth.” He sees it as a blueprint for where farming will go over the next 50 or so years.

Guebert has seen agriculture trending away from massive mostly metal enterprises and back toward the type of agriculture we saw when he was growing up on Indian Farm. “I bet you two generations from now we’ll be back to it,” he said.

“The only food market that’s growing in the United States is the organic market,” said Guebert, pointing to Hormel Foods acquisition of organic meat company Applegate Farms and Kroger embracing an increase in organic offerings. "Everyone seems to have taken Econ 100," said Guebert. "Supply and demand - if demand is there you'll come up with the supply."

He also cited the drastic rise in farmers markets as evidence. “Twenty years ago there was something like 67 farmers markets. Today there’s 12,000. Yeah. 12,000,” said Guebert.

"You know what that reminds me of - Europe. Everywhere you go in Europe there's a market within four or five miles of where you live. It's why refrigerators are the size of a suitcase - they don't store food, they eat fresh every day. That’s not a foreign idea, folks. That’s the way we used to do it," said Guebert.

“People Are As Important As The Land”

Though he says he does not have a single favorite, one of the columns that stands out to him he wrote in 1995 in response to his father's decision to sell Indian Farm. The column is included in The Land Of Milk And Uncle Honey. Guebert recorded this reading during his visit to WILL.