The seventeenth novel in her New York Times bestselling V.I. Warshawski series, Brush Back, hit shelves on July 28th. Unlike many of her novels where the idea of a crime comes to her first, Brush Back started with a location, specifically a chase scene under Wrigley Field. 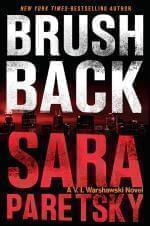 “I had been talking to a guy who led tours under Wrigley Field and he was telling me how disgusting it is underneath the stands and there are tunnels underneath the field, and he said when the building went up in the 1920s it wasn’t designed for the long-term and certainly not for modern technology,” said Paretsky. “I thought what a place for a chase scene in a detective novel, and so then I built my story around a chase scene in Wrigley Field.”

For those not familiar with Paretsky's books, V.I. Warshawski, or Vic to her friends, is a no-nonsense, very independent private detective. According to Paretsky, “She’s like me only better." 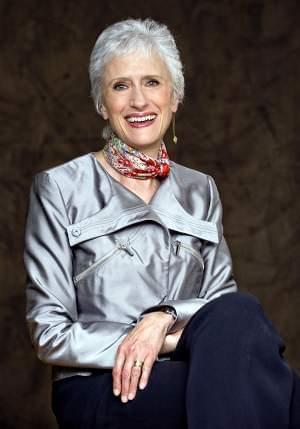 “I’d been thinking for quite a few years that I’d wanted to write about a woman private investigator,” said Paretsky. She worked in insurance before writing full time when one day V.I. Warshawski came to her fully formed during a meeting. The meeting was with one of the “pills who just hated women encroaching on their turf and threw as many rocks in our path as they could.”

In that meeting, “my lips were saying ‘gosh, heck of an idea’ and the balloon over my head was saying ‘you unspeakable, unprintable, turkey blah, blah, blah,’ and literally in that moment I thought ‘that’s my detective!’,” said Paretsky.

“She’s doing a job that didn’t exist when she was going to school, but she says what’s in the balloon over her head because she didn’t grow up being told to be a good girl and she isn’t afraid of being fired.”

V.I. Warshawski isn’t just a trailblazer within the pages of her story. When Paretsky introduced her in 1982’s Indemnity Only, the Chicago-based author challenged the mystery genre's lack of strong, smart female protagonists.

Paretsky has also founded an organization called Sisters In Crime to help other female mystery writers and serves as the president of the Mystery Writers of America. She says a large focus of her presidency is increasing the diversity of writers, their characters, and their settings. “There’s a lot of interest, there’s no hostility,” said Paretsky.

I think it matters to me down in my bones, so to speak, that everyone have a shot at a better life than they may be getting, so that in a way drives my fiction.Sara Paretsky

Both Paretsky and her main character share a strong social conscience that stems from her family's immigrant history. “I think it matters to me down in my bones, so to speak, that everyone have a shot at a better life than they may be getting, so that in a way drives my fiction,” said the Chicago-based author.

According to Paretsky one of her favorite rejection letters was from "an editor who said that a book set in Chicago had regional interest only and not enough people read in the Midwest to make it profitable to publish a book set here. So in some ways I think we've seen New York's eyes open and realize that 'yeah, they read in the Midwest and they read in the South' and regional books - books set outside New York, LA and San Francisco - they're much more acceptable now."

Interested in more from Paretsky? Jim Meadows did a wonderful interview with her in 2001 for the Afternoon Magazine.

If you'd like to speak with Paretsky yourself, she has a number of appearances in Chicago coming up.