Saul Bellow’s Editor Remembers The Chicago Novelist On His Centennial

Today would have been Chicago author Saul Bellow’s 100th birthday, at least according to the author. He was not completely certain whether he was born on the tenth of June or July, but decided to celebrate in June.

The novelist who set much of his work in Chicago, immigrated to Chicago from Montreal on July, 4 1924 and his family settled in Humboldt Park.

He became a U.S. citizen in 1943, and stayed in Chicago for most of the rest of his life, attending Northwestern University and teaching at the University of Chicago. As an adult he settled in the Hyde Park neighborhood. 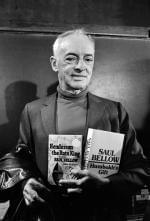 "Chicago is in his fiction, it's everywhere," said former editor Beena Kamlani. "He knew it intimately. He knew its streets, he knew its ethos, he knew its sounds, its smells, and their all there. I think Chicago was quite central to his work."

Kamlani began editing Saul Bellow’s works at Viking in 1988. She says that working with Bellow was astonishing. "He knew instinctively when something wasn't working." Kamlani said. "He would hone in on a passage that wasn't working and then refine it, and polish it, and revise it until it was absolutely perfect."

"When you heard the final product it was like a jewel coming out of a box," she said.

Bellow became well decorated for his numerous works. He was awarded the Pulitzer Prize, the Nobel Prize for Literature, and the National Medal of Arts. In addition, he is the only writer to win the National Book Award for Fiction three times, and he was further honored with the Foundation's lifetime Medal for Distinguished Contribution to American Letters in 1990. 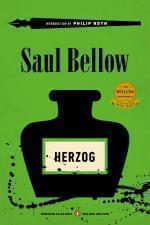 Kamlani's work with Bellow continues after his death in 2005 though annual Bellow Slams. They came about as an appeal to widen Bellow’s appeal, especially with younger readers, and to honor him. Kamlani wanted a more informal event than some well-known readings and wanted to have many writers gather to read his works. That is exactly what the event is.

“It doesn’t happen very often that writers come together to read from another writer’s work,” said Kamlani. “But of course Bellow is one of our greats.”

For those inspired to pick up one his works, she recomends starting with Seize the Day and Collected Stories, though she says Herzog is likely her favorite.