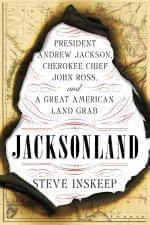 Morning Edition host Steve Inskeep has written a new book: Jacksonland: President Andrew Jackson, Cherokee Chief John Ross, and a Great American Land Grab. On Friday, June 19th we talk with Inskeep about his new book, and the lessons within for today.

Inskeep says the book came about from his role as Morning Edition host covering politics and many other topics “and the events of the last several years got me thinking more and more about how it is that we developed the democratic system that we have, that we depend on, and that sometimes seems like it's broken,” said Inskeep. “And that took me back into history and into the 1820s and the 1830s because this is a period when our democratic institutions began to take their modern form.” 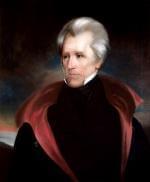 Most people know the seventh President as the face on the twenty dollar bill, but Andrew Jackson was a very complicated man. At times an extremely brutal leader, while at other times going to great lengths to take care of his men, both white and the Cherokees he would later work to forcibly remove from their lands.

"In trying to sort out the contradictions, I ended up thinking of Andrew Jackson this way: he was a man of certain instincts of fairness and tolerance, he could be fair to people except when his interest was involved, especially his financial interest,” said Inskeep. “If you got between Andrew Jackson and his goals, no matter who you were, he was liable to be brutal and to fight in any way possible against you.” 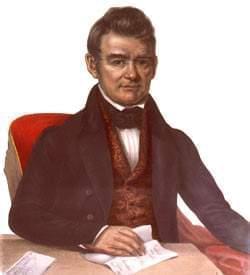 Though only 1/8th Cherokee, Ross was one of their most influential leaders. Ross fought in Jackson's army in the War of 1812, he was an officer in the Cherokee regiment. However, Ross soon became one of Jackson's most challenging opponents in his attempt to gain Cherokee lands for himself and other settlers.

Ross was instrumental in crafting their first constitution (“which closely resembled the United States Constitution”) and “then he became their Principal Chief of the Cherokees under that constitution, being elected in 1828, which is the same year that Andrew Jackson was elected President of the United States.”

Inskeep also sees in his two main characters two of the basic tenants of democracy.

“In my view Jackson represents majority rule, the essence of democracy,” said Inskeep. “He believed that he was the personification of the rule by the people, and in fact even when he did not have a majority on his side he still believed that he did. This is what Andrew Jackson was about.”

“John Ross was about an equally important democratic principle, in my mind, the respect for the rights of a minority,” said Inskeep.

He says that the minority right had been part of American political thinking since revolutionary times and they were part of the way that the constitution was structured. “But when the founders wrote about minorities, they commonly meant economic minorities by which they meant people at the top. … They did not want the poorer people who badly outnumbered them to simply vote their property away, to disenfranchise them in some way, to take away their wealth.”

To avoid that, Inskeep says, the founding fathers were concerned with minority rights and they built a number of protections into the constitution.

“Now we have John Ross, in an innovative way, coming into that system and arguing for the rights of a racial minority. I’m not sure that had ever been done before, it certainly hadn’t been done in just the way the Cherokees did it,” said Inskeep.

Some of the avenues they pursued were starting their own newspaper that contained articles printed in both English and Cherokee, and getting English versions of some of the articles re-printed in white newspapers. They gained allies, they petitioned the executive and legislative branch they even had the case heard in the Supreme Court twice – and won the second time.