Democratic party officials will be choosing a successor to State Sen. Mike Frerichs (D-52), who'll be sworn in as Illinois' next treasurer on Monday. The 12 people vying for the job spoke Wednesday night in Champaign.

Though Frerichs lives in Champaign, his replacement could come from Vermilion County, since the 52nd district stretches all the way east to the Indiana border.

Carol Ammons (D-Urbana), who'll soon be sworn into the General Assembly, says she hopes Frerichs' replacement will continue the senator's work for rural constituents outside of Champaign and Urbana.

"It is important for the person who does replace him to really understand the importance of really supporting Vermillion County, as well as Champaign," she said. "They really have to have a big heart like he did, and so I think if they do, they'll do well."

Frerichs' replacement is expected to be announced next week. The 99th General Assembly will be sworn in on Wednesday.

Listen to the candidates (in order they spoke on Wednesday):

Laurie Bonnett is the president of the Unit 4 School Board. She says her years working as a legislative assistant in Springfield make her qualified to take the seat in the Senate.
Scott Bennett is a prosecutor for Champaign County. He says investment in education and employment opportunities are key preventative measures.
Michael Langendorf is a retired social worker and has been the chair of the Illinois Association of Social Workers for 12 years. He says he'd work on reducing the amount of pension payments for the highest-paid retirees.
Pius Weibel is on the Champaign County Board, and a former board chair. He says he's in favor of overhauling the state's tax code.
Don Crist is a small farmer, a real estate broker and an auctioneer. He says agriculture is a main concern for the state's 52nd district.
Michael Puhr is a four-term alderman in Danville. He said his history working as a legislative liaison for the Illinois Funeral Home Association has given him an inside look at how Springfield works.
Jamar Brown is on the Unit 4 School Board and works for the engineering department at the U of I. He says he wants to extend the 2011 income tax hike in order to support the state's financial burdens.
Laurel Prussing is the mayor of Urbana. She touted her success in bringing the Police Training Institute back to the community, after the U of I decided to cut it from the budget.
Lynn Foster is a former Vermilion County Clerk. She touted her political savvy and promised a winning re-election in 2016.
Robert Rasmus is the senior pastor at St. Matthew Luthern Church in Urbana. He says his long history as a political reporter and press sercretary makes him qualified to take the Senate seat.
Michael Olsta is a recent graduate from the University of Illinois, and now works for the U of I. He said he'd "do anything" for the U of I.
Brent West is the chair of the neighborhood advisory board in Champaign. He says as a Danville native, he knows both counties very well.

00:00:00
M1
When a legislator leaves his or her seat in the case of death resignation or winning a higher office local party officials get to choose who finishes out the term for whoever is picked it’s a good opportunity to step up the ladder without going through months of campaigning a pool of a dozen people from Champaign and vermilion counties have come forward wanting to finish out the remaining two years of fixed term twelve has more than a regular campaign would start out with on both sides of the aisle but since Frerichs is a Democrat this is a contest only for that party. Kat Redfield longtime State Government watch turned political scientist says he’s not surprised so many want to spot if there is not a clear cut person you know that kind of clears the field you know you’re all those people that are that are in business that doesn’t want to be senators will get to make their case tonight in champagne and party officials will make their decision next week. Al Klein chairman of the Champaign County Democrats so he’s not necessarily in any rush.

00:00:59
M3
The legislators are sworn in on the fourteenth and there is a in organizational session that it would be nice for our senator to be present before although not critical.

00:01:10
M1
This will be the first major appointment Klein will make as the county’s Party chair. I’m Hannah Meisel, Illinois Public Media. 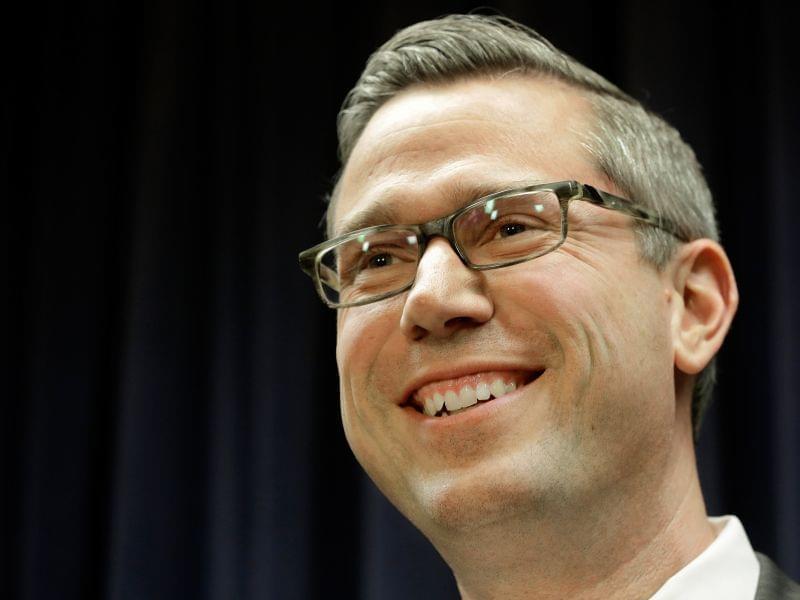