The number of children in Illinois who are dying from abuse and neglect remains high – even after the state’s child welfare agency had been involved with the child’s family.

This new analysis from WBEZ and the Chicago Sun-Times comes as Illinois Governor Bruce Rauner has vowed to “transform” Illinois’ troubled Department of Children and Family Services.

Warning - this story has some troubling descriptions that could be difficult to read.

Bruce Rauner made child deaths a major issue in TV ads during his campaign for governor.

He used numbers analyzed by WBEZ and the Sun-Times to attack his opponent - Democratic incumbent Pat Quinn.

Quinn called the ad “despicable” – and said it was a new low to say the governor is responsible for the deaths of children when the state intervenes with troubled families.

And now the responsibility he laid on Quinn - falls to him.

Child welfare is complicated and far-reaching.

The Chicago Tribune has been documenting abuses at residential treatment centers for older youth.

And there hasn’t been consistent leadership at DCFS in more than a year.

Ben Wolf says if Rauner wants to transform DCFS - he has to be mindful of these issues - and things like foster care, mental health, and juvenile detention.

Wolf is an attorney with the American Civil Liberties Union who monitors DCFS.

"We have to have the right priorities with money in order to get the right people," said Wolf.

Rauner is scheduled to propose how much money should go toward DCFS and other state agencies tomorrow on Wednesday.

He faces a big budget hole for all of state government.

A spokeswoman says Rauner will propose a “reasonable” budget to turn around DCFS.

And he’s expanding the role of the national Casey Family Programs in Illinois’ child welfare.

As Rauner finishes his budget – we wanted to give him an up-to-date picture of what he faces with DCFS.

WBEZ worked with the Sun-Times once again to calculate how the state’s doing when it comes to child deaths.

The most current information available is from last July - well before Rauner won election.

We found 29 Illinois kids died from abuse or neglect – after DCFS had investigated claims of problems at home - or involving caretakers of those children.

It’s a number that’s held steady over the last couple of years.

We reviewed documents about children who died from neglect - in situations like unsafe sleeping conditions.

And then there’s abuse.

We found 10 instances of child abuse that resulted in death - again - even though state child welfare workers had already been involved with the family.

That’s down a little bit from previous years.

But the cases are no less shocking.

And it’s tragedies like that of 2-year-old Jakarriah  Patterson that Governor Rauner will have to consider – as he thinks about where to prioritize DCFS in the budget.

THOMPSON: Wake up, baby. Wake up.

911 DISPATCHER: What’s the problem there, sir?

THOMPSON: My daughter is not responding.

That’s part of the 9-1-1 call made by Jakarriah’s father, Jeremiah Thompson.

Cook County prosecutors charged him in her death.

He told the police he would hit Jakarriah for things like going into a room she wasn’t supposed to.

Jakarriah had been living with her mother.

But when her mom was put out of her home in Wisconsin - she made the fateful decision to give Jakarriah to Thompson.

A year before Jakarriah’s death - DCFS found Thompson to have caused bruising to Jakarriah’s face and buttocks...and scratches to her back.

There are 28 other cases we found in which DCFS had contact with the family or caretakers before the child died from abuse or neglect.

A daycare worker reported to DCFS that she had bruises and scratches.

The child was diagnosed at the emergency room with gingivitis and oral thrush.

DCFS was still investigating those claims a month later - when her mother’s boyfriend allegedly beat Amierah to death - and then burned her body.

Officials are re-investigating what caused those initial bruises

DCFS investigated his parents in Moline, Illinois, four times in two years - and even requested an order of supervision for the kids in the house.

But the Rock Island State’s Attorney’s office did not grant the order.

Anterio was found unresponsive in the morning - after his parents laid down with him.

They admitted to police they had drunk alcohol and smoked marijuana before going to sleep.

Both pleaded guilty to charges related to Anterio’s death.

"I think this is the time when the new governor has to decide if his priority is compassion toward our most powerless citizens or is reducing spending," said Ben Wolf with the ACLU.

And it’s been deteriorating ever since.

He says he’ll be watching Governor Rauner’s budget recommendations for DCFS - to see how Rauner intends to undo that history. 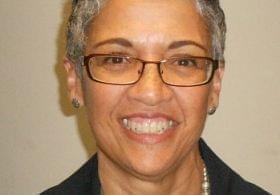