The victims lived in Manchester, and they were all related.

Meanwhile, a six-year-old survivor remains hospitalized. The girl - believed to be Kassidy Ralston - is in a Springfield hospital.

Based on witness statements, police say Smith took Ralston outside of the residence and put her in the hands of a neighbor.

Police indicated the victims all had shotgun wounds. An autoposy is scheduled for Thursday morning. 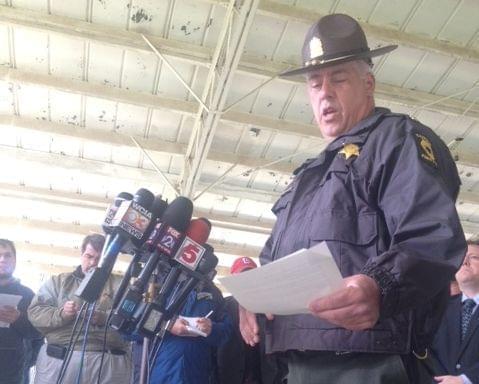 State Police Lt. Col. Todd Kilby (pictured) said it appears Smith broke into the backdoor of a public housing complex before 5am. Police say two victims were found in one bedroom, two in another bedroom and an adult male in a hallway.

Authorities say after the slayings, Smith fled in a white, Chevy Lumina. He led police on a high speed chase, but Kilby could not say where he went or what he did the next several hours. Several schools in the area canceled classes for safety reasons as the suspect was still at large.

At a little after 10am, Smith died at a Jacksonville hospital following a shooutout with police. A shotgun, a rifle and a hunting knife were recovered from his car.

Illinois State Police said it is believed that Smith and the victims knew each other, but further details about their relationship were not provided.

Authorities are still investigating a motive. 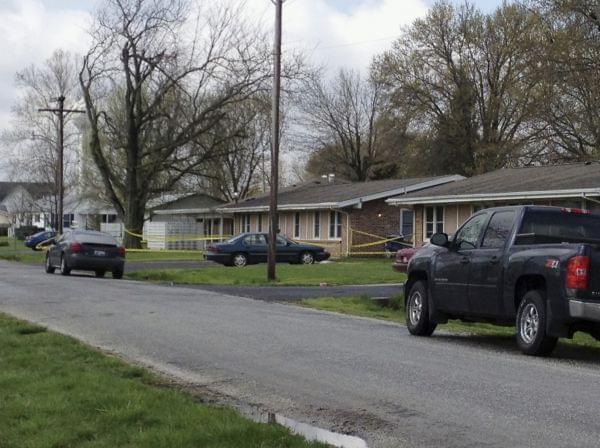 "The subject did have a previous criminal history," Hill said. "He was convicted of reckless homicide. I don't know the previous date or location. He had criminal arrests for paraphernalia and drugs, bad checks, things like that. To my knowledge, that's the extent of his criminal history."

Hill said the reckless homicide conviction was related to a DUI. 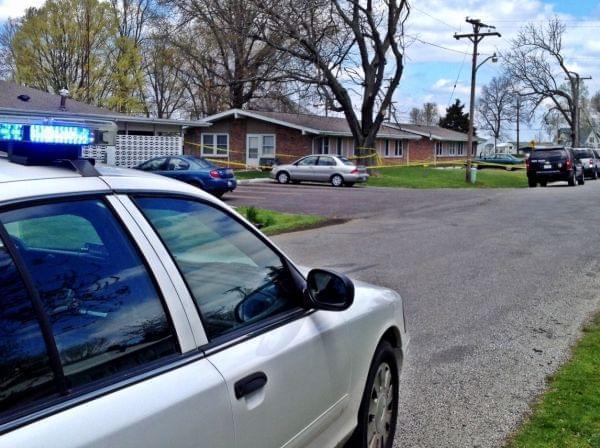 Manchester Village President Mayor Ron Drake confirmed that Smith is his nephew. Drake said he had not spoken to Smith in two years, but he believed that his nephew was unemployed.

“It’s devastating," Drake said. "Strictly devastating. We’re just going to have to ask the lord to help us and press on.”

According to police, the last homicide reported in Scott County was in 1993, and this is the first multiple homicide that is known to have been committed in the area.

Manchester, which has a population of less than 300, is located about 50 miles west of Springfield.

The slayings have stunned residents.

Julie Hardwick lived next door to the victims, one apartment over in the Scott County public housing complex.

“The little kids --- oh – lovable, you couldn’t ask for better kids," Hardwick said. "I mean I enjoy having them around. Because I live by myself. I just don’t know what I’d do if it was my grandkids. I mean, I’m glad I didn’t hear the shooting or nothing.”

Glenna Pruitt is one of several Manchester residents who said she is praying not only for the victims and their relatives, but also for the shooter.

Something like this happening in small town America, said Manchester resident Rodney Havens, shows that nobody is immune from these things. Havens has lived in Manchester since he was a kid, and he is now raising his own children there. The murders have left him asking the same questions people anywhere and everywhere ask after a tragedy.

“What do you say?" he said. "You know? What do you offer up to the families that had to go through this? I think everybody’s still in shock.  How did it happen? Why did it happen here?”