A Night Before Elections, Homer Board Rejects Raw Water for Mine

The Homer Village Board has unanimously voted to deny a request for raw water for Sunrise Coal Company.

Monday’s vote came less than a month after the same trustees voted 4 to 3 to provide treated water to the Indiana-based company.   It’s also the last vote on the mine issue for the current Village Board, with elections underway Tuesday.

The raw water request would have meant Sunrise purchased anywhere from 300,000 to 500,000 gallons a day for washing coal.

Trustee Guy James, who voted against both water contracts, said he made the motion for the raw water contract to get the mining issue over and done with.

Another opponent, Trustee Roy Woodmansee, said another demand was made as part of that vote.

"They even made the comment that said, ‘please send them a letter, saying we do not want to be approached by you guys for raw water or this raw water issue brought up ever again," he said.

The unanimous vote was made after Trustee Ray Cunningham moved to table the raw water request until July.  That motion came without a second.

Homer residents like farmer Tom Smith say the Salt Fork is the only possilble source for the large amounts of raw water.

"What made Sunrise Coal think Homer had the right to sell a public resource such as the Salt Fork?," he said.  "Good thing the Homer board had the sense not to."

It was the last meeting as Mayor for David Lucas, who’s seeking a board seat in Tuesday's municipal contest.  He’s supported selling water to the mine as a source of revenue, at a time when a population drop has brought on water and sewer debt.

“I understand there are people that don’t like coal," he said.  "That’s fine.  If they don’t want coal, if say no coal, what are they going to say yes to?  No one has come to me and said well, we don’t like the coal mine, but we do like – blah - fill in the blank.  No one has done that."

Lucas contends the contract for sewer services would allow for assisted living facilities in Homer.

Another mine supporter, Ray Cunningham, is running unopposed for mayor.  At least two mining opponents are on the ballot for the board – incumbent Trustee Roy Woodmansee, and Homer resident Susan Forsyth.  Also on the ballot is incument and mining supporter Larry Mingee, and newcomer Billy Mitchell.  Kevin Knott's appears on the ballot, but he resigned his seat the night the board approved the treated water contract in March.

Forsyth said it's time to move beyond the mine issue. She's focused on downtown revitalization, and bringing in buiness to raise revenue in Homer.

"My real M.O. is to make decisions based on everything being all-inclusive, rather than benefiting a select few," she said.

Woodmansee predicts a good turnout at the polls Tuesday as a result of the mining issue.

Homer Board Reverses February Vote for Coal Mine

Water Contract for Mine Back Before Homer Board

Coal Company Says Mine Will Proceed Despite Homer Vote

Homer Board Rejects Water Contract for Mine 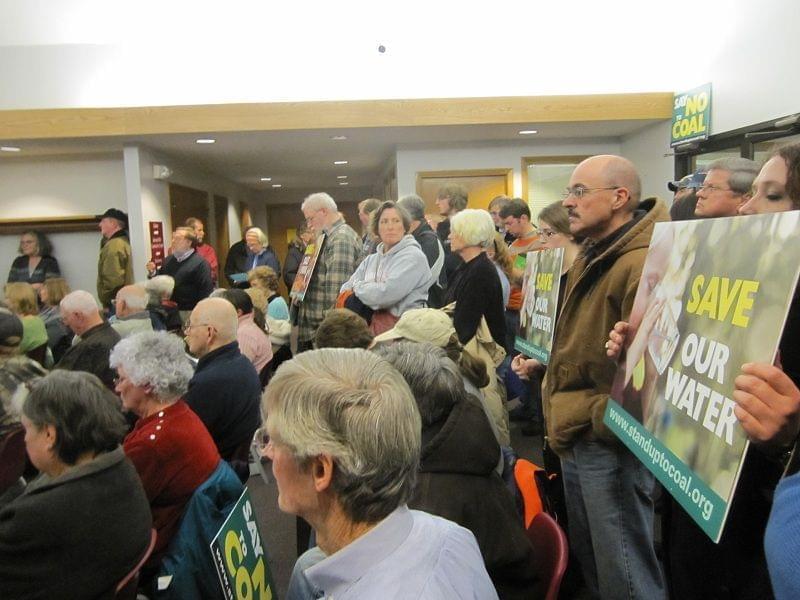