Saturday, November 9, marks 30 years since the Berlin Wall began to come down.  In Illinois, pieces of the wall are on public display in Chicago and in central Illinois.

You can see a chunk of the wall at a CTA station in the Lincoln Square neighborhood on Chicago's north side .  Or you can view another piece of the wall in a more relaxed setting in a peace garden at Eureka College in the Woodford County town of Eureka.  The college is the alma mater of President Ronald Reagan, who gave the famous directive to Soviet Leader Mikhail Gorbachev to “tear down this wall" in a 1987 speech in West Berlin.

Shellie Schwanke is Director of the Ronald Reagan Society at Eureka.  She says the school is proud to have a piece of history.

“It’s a symbol of freedom. It was a symbol of oppression.  But now that it’s down, it just represents a great moment,” she said.

Dr. Jamel Wright is the Eureka College President and said wall display draws a lot of people to campus.

"We have a lot of people who plan road trips and have Eureka College listed as one of their stopping points along the way, specifically because of the piece of history we have on campus.”

But it's not just a tourist draw.  Wright said it aligns with the long history of the school, from its founding by abolitionists to being the first college in the state and only the third in the nation to educate men and women equally.

A professor arranged for the school to receive a piece of the wall. Wright recalls how a forklift delivered it to it's current placement.

In 2009, Mikhail Gorbachev visited the college and the wall display.  He was given an honorary degree.

Eureka College held a "Fall of the Wall" ceremony Friday to commemorate the anniversary. The Reagan Musem at Eureka College sought out firsthand accounts of life during the Cold War era for a special exhibit. 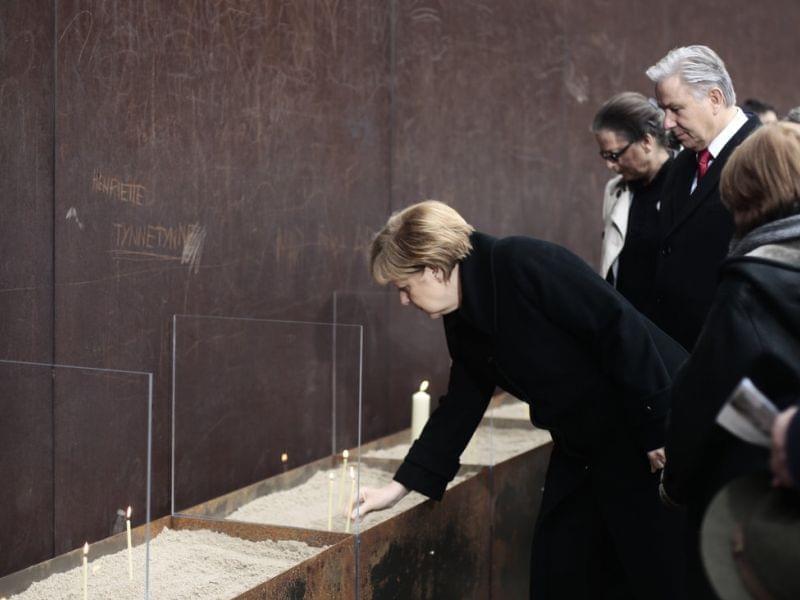