If you’re interested in the history of the town you live in, there’s a good chance there’s a local society or museum --- or both, ready to tell you about it. You can find local history museums in many of central Illinois’ larger cities, such as Champaign, Danville and Decatur --- and also in the smaller ones, like Tuscola, Catlin and Paris. Now, one of Vermilion County’s smallest towns is getting ready to open a museum showcasing its history.

The town is Bismarck, population 579, located north of Danville in Newell Township. The Newell Township Historical Society welcomed the public at a recent open house, held in conjunction with the society’s annual ice cream social fundraiser.

A Photograph Brings Back Memories

At the museum, Roberta Finney Bodine could be seen gazing at an old photograph of downtown Bismarck --- one that brought back memories. Visible in the photo was a building at the corner of Holloway and Market Streets where Roberta says her father, John Finney, opened Finney’s IGA Fine Foods back in 1952.  She remembered the grand opening well.

“And it was so crowded, the grocery store”, said Bodine. “And people would go to Danville, and then they would come back to my dad’s grocery store to buy their groceries on Saturday, because he cut fresh meat. That was his selling point. “

It’s memories like these that the Newell Township Historical Society wants to preserve with its new history museum. The building on North Road near the Bismarck-Henning grade school that houses the museum has some memories itself. A century ago, it was the Farmers and Merchants Bank of Bismarck, and the building is being renovated to evoke that part of its history.

“You know, this bank was started, because, it’s a farming community”, said Historical Society President Janet Moss. “And they knew they needed to have a source of funds. So some men got together and pooled their money together, and started the bank.”

Besides the town of Bismarck, Newell Township includes the northern tip of Danville, the Vermilion Regional Airport and the Turtle Run Golf Club, all relatively new developments. Janet Moss is a relative newcomer as well. But her husband comes from an old Newell Township family that was one of the first settlers of Bismarck, , which was founded in the 1870s when the railroad came through.

“And it’s still a farming community; pretty close knit”, said Moss. “I mean, it’s expanded out into the countryside a lot, like a lot of small towns, but there’s a lot of the original families still here.”

Descendants of those original families formed the Newell Township Historical Society in 1973, following the town’s centennial. And its long-range goal has been to open a history museum, as groups have done in Danville, Catlin, Georgetown and other Vermilion County towns. Historical Society Vice President Rick Moss ---- another direct descendent of early township settlers and a distant relative of Janet Moss ---- says they’ve been working on the old bank building for a while --- and hope it can become a community educational tool.

“The main thing that we want to do is get involved with the school”, said Moss, “the grade school especially, to use it as a tool to influence the children, to learn about their history in this town, and to carry it on for generation after generation. To keep the spirit of Bismarck alive”.

The Start Of A Collection

The building, which has served several purposes over the years, has been renovated to look like it might have appeared during its banking years in the first quarter of the 20th century.  At the open house, it was still pretty bare. There was the bank’s old cashier’s window, retrieved from the second location that the Farmers and Merchants Bank moved to in the 1920s. In addition, some posters and photographs were displayed, including the one that jogged Roberta Finney Bodine’s memory. Mrs. Bodine, who turned 77 the day after her visit, says the spirit of Bismarck remains essentially the same today, even though many of its businesses have closed or moved away.

“You can’t even buy gas in Bismarck now”, said Bodine. “But we do have a little grocery store that you can run in and out of. Other than that, the schools are wonderful, and it’s still a very good place to bring up a family, here in Bismarck.”

Rick Moss and Janet Moss say the Newell Township Historical Society will move more examples of the area’s history into the Farmers and Merchants Bank building, including stools from the candy counter at the gas station that once operated across the street from the bank, and  desks and a clock from Newell Township's old Lamb School. They also hope that area residents will donate more items reflecting the history of Newell Township and Bismarck.

Anyone interested in the Newell Township Historical Society, or who has items they wish to donate to its history museum, can contact Rick Moss at rickamoss3@yahoo.com. 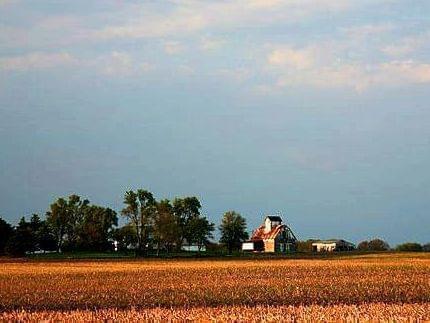 The Lost Region: Toward a Revival of Midwestern History 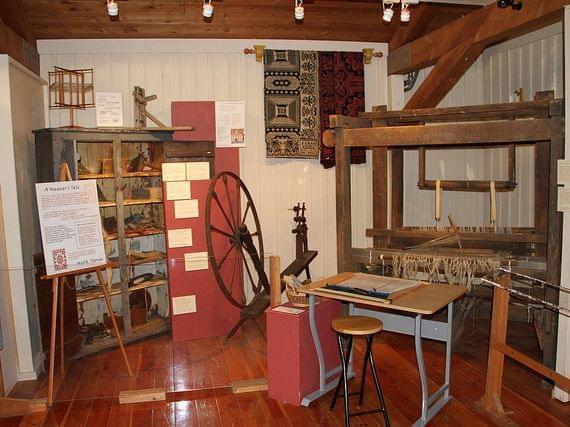 Illinois: A History in Pictures