Legislation meant to protect abortion rights if Roe v. Wade is overturned is headed to the governor’s desk.

The Illinois Senate is sending the governor legislation meant to keep abortions legal, despite federal threats.

What sponsors call the “Reproductive Health Act” would prevent doctors from being criminally charged for performing the procedure if Roe is overturned.

But Republicans say it’s less about protecting abortion rights and more about expanding them, especially after the first trimester.

“There is a compromise to both sides of this issue,” said Republican Sen. Jil Tracy, from Quincy. “We have an Illinois law and a federal law in place that provides women choices. Let’s not go to this extreme and trample the rights of the unborn.”

The legislation protects abortion at all stages of pregnancy. But doctors could only perform an abortion after the fetus is viable and if it’s critical to the life and health of the patient.

“I absolutely believe there is a war against women in this country, said State Sen. Melinda Bush, a Democrat from Grayslake. “Because that’s where we’re at. With the hyperbole and, frankly, with the president who is willing to say anything to scare the living hell out of everyone.” Supporters say it simply codifies what’s already done in Illinois.

After the legislation passed, Governor J.B. Pritzker came onto the Senate floor, shaking hands and posing for pictures with the sponsors. 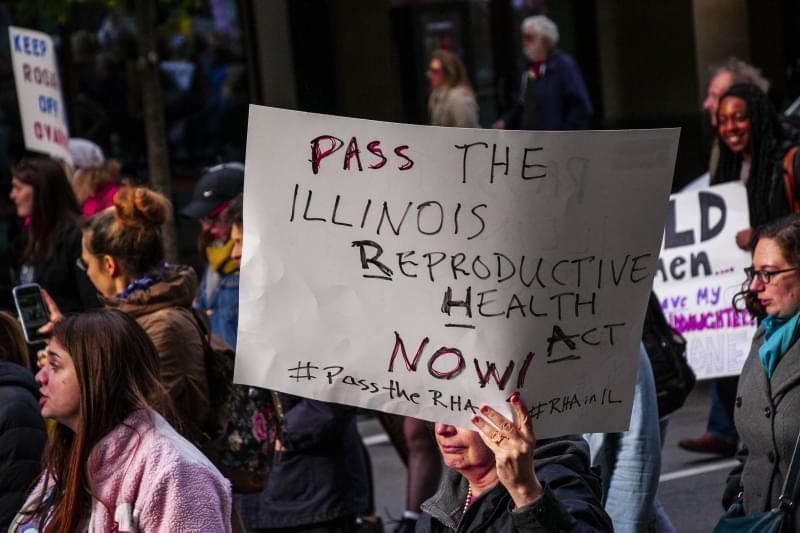