After Politician’s ‘Soft On Crime’ Attack, Advocates Fight Back

In an era of political gridlock, one of the few topics on which there's been hope of bipartisan cooperation is on the issues of crime and punishment. Politicians have traditionally been averse to doing anything that could get them painted as being "soft on crime." It's an easy attack, and one that's been frequently deployed in the past. But this year, criminal justice reform advocates are fighting back, as in the case of an Illinois Democrat facing scare-mongering ads about criminal justice reform.

When "Get Tough" Approach Was Common

There was a time in the Illinois General Assembly, not long ago, when ratcheting up penalties was the thing to do. Republicans did it. Democrats did it. Conservatives, liberals, and everyone in between.

Once such time occurred on April 20th, 2005, as the Illinois Senate Judiciary Committee heard House Bill 2699. That measure was meant to increase the penalties for identity theft by one class, which basically means more time in prison.

This was a really common practice among politicians, though there were a few checks to keep every crime in Illinois from becoming a Class 1 felony. One of those checks was known informally as the Cullerton rule.

Today John Cullerton is the president of the Illinois Senate. But back in 2005, he was chairman of the Senate Judiciary Committee. And he explained the Cullerton rule to the sponsor of that identity theft bill:

"When you want to increase penalties, you can only go one at a time," said Cullerton. "One penalty at a time. So we save room for next year and future General Assemblies. So in this case, you've done it just one at a time — there can be rare exceptions — and then if you want to come back next year to increase it by one more, then there's room."

Basically. Cullerton was saying you can only go up one step at a time, so that in the future, there's room to go up even more — to get even tougher on crime.

Those days in the General Assembly are largely in the past. There is still so-called penalty-enhancement legislation, but today senators and representatives subject them to a lot more scrutiny.

There are a number of reasons for that — Illinois prisons are overcrowded and expensive, there's been growing public attention to racial disparities in sentencing, and we know a lot more about crime and punishment, and know that the way we've always done it leaves a lot to be desired.

Reform advocates in Illinois got a big boost with the election of Gov. Bruce Rauner. From early days, he made it a priority of his administration to address the state's overcrowded prisons.

In his first State of the State speech, back in 2015, Rauner said: "he conditions in our prisons are unacceptable. Inmates and corrections officers alike find themselves in an unsafe environment. It's wrong. We will hire more correctional officers to improve safety in our prisons."

Among Rauner's first official acts as governor was appointing a special, bipartisan commission to figure out how to safely reduce Illinois' prison population by 25% over the next decade.

For more than a year and a half, members of this commission have been meeting to discuss just how to go about doing that. And they're considering what once might have seemed to be politically untenable policies, such as lowering sentences for certain crimes and easing up on so-called "Truth in Sentencing" requirements, which prevent inmates from getting out early through good behavior, taking classes and participating in rehabilitation programs.

So far, commissioners have approved suggestions that could get as much as halfway toward the governor's 25% goal. But those more politically challenging ideas have yet to be finalized, and commissioners have frequently debated how far to go. Don't push hard enough, and you've wasted a potentially historic opportunity. Push too hard, and skittish politicians will head for the exits. That's because the conventional wisdom in politics is that you don't want to be painted as soft on crime.

Now, in Illinois, in this election cycle, that horse is out of the barn. One example is a political campaign TV ad that includes this language: "In southern Illinois, we value the safety of our neighbors, friends and families. So why would anyone want to weaken penalties for dangerous criminals? Dave Severin's biggest supporter wants to let 25 percent of the state's prisoners loose into our communities. ..."

Note the language there: "loose in our communities," and the implication that perhaps some people elsewhere Illinois do not "value the safety of our neighbors, friends and families."

This language comes a campaign ad for state Rep. John Bradley. He's a Democrat from Marion who's been in the Illinois House for 13 years. As you heard, he's up against a man named Dave Severin. And Severin's "biggest backer" referred to in the ad? The House Republican Organization, swimming in cash this year thanks largely to the largesse of Gov. Rauner.

As noted earlier, the governor's Criminal Justice and Sentencing Reform Commission has made a number of recommendations already, passed by the legislature and signed into law. At one of those recent bill signings, Rauner was accompanied by some of the legislative sponsors, including Democratic State Rep. Kelly Cassidy of Chicago, who said, "I want to level a challenge to political leadership across the spectrum. It's time for detente on these issues."

Cassidy's House district is about as far away from Bradley's as you can get in Illinois — in more ways than one.

Cassidy's remarks were part of a broader backlash against the Bradley ad among advocates of a more rational approach to crime and punishment. At the opposite end of the political spectrum from Cassidy --- but on the same side of the criminal justice issue --- is the Koch brothers' FreedomWorks group. The conservative-libertarian advocacy organization has taken up the cause of criminal justice reform in recent years.

Jason Pye is FreedomWorks communications director, and says Bradley is wrong about how criminal justice reform would work:

"He can do an ad like that and try to ratchet up fear among his constituents," said Pey, "but I think all they have to do is a simple Google search and he'll be proven not just wrong, but he'll be proven to be a liar, because that's really ultimately what he is in doing an ad like this. He's lying to his constituents, and I don't think that's a true representation of what a public servant should do."

Pye says not only that, but Bradley is on the wrong side of public opinion.

"I think when people have it broken down and they get the gist of what's going on — that we're using evidence-based practices to lower recidivism, to reduce crime rates and save money, really enhancing public safety — that a light goes on, they get it and they understand it," said Pye.

Bradley was asked, through a spokesman for the Democratic Party of Illinois, if he or the party cared to respond to the bipartisan condemnation of the "soft on crime" campaign ad. The spokesman said he'd pass on the message, and that's the last heard from them.

At the beginning of this story we went back to 2005, when the Illinois General Assembly considered a bill to increase the penalties for identify theft.

If they had, they might have noticed a fiscal note filed by the Department of Corrections, which suggested the legislation would increase the prison population by 38 men and women, and costs by $9.4 million dollars over the next decade.

It was a small piece of a larger puzzle. But it's one of the reasons that, even as reform efforts are underway, some Illinois prisons are still bursting at the seams.

Brian Mackey covers state government for Springfield public radio station WUIS. You can follow his reporting on Twitter and Facebook. A version of this story was first broadcast on Illinois Edition on August 31, 2016. 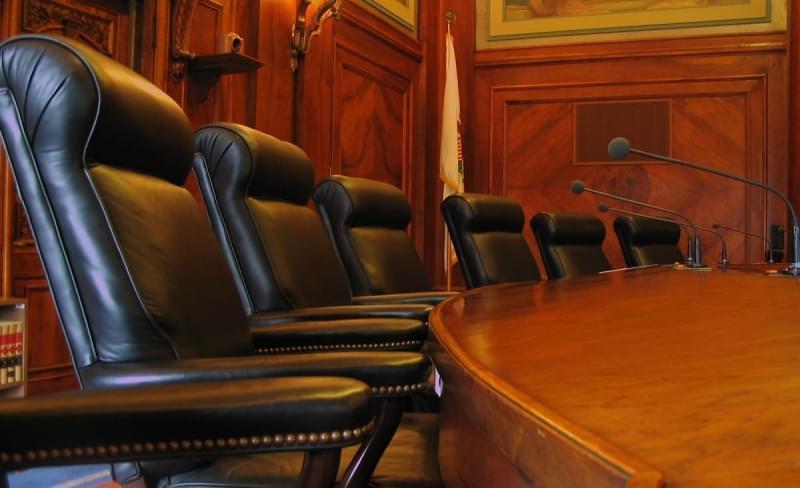 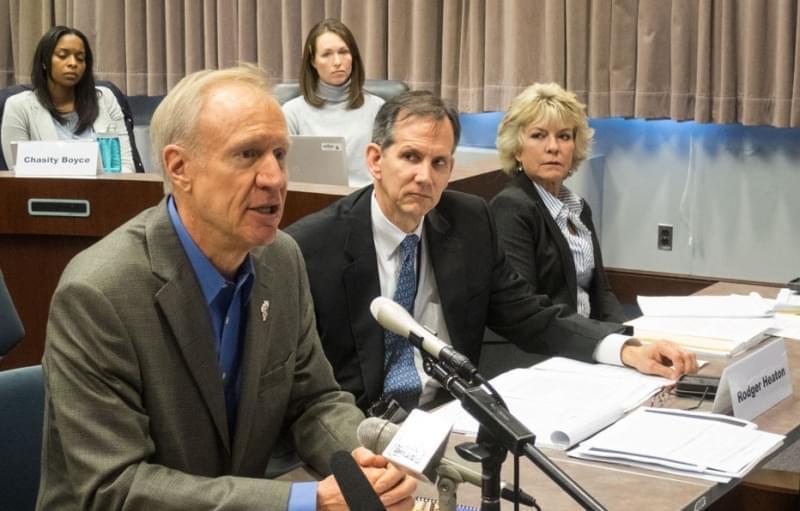 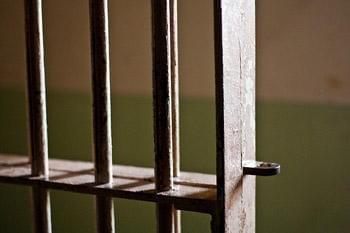