Voters in Arthur today are being asked whether to sell their water and sewer system to Aqua Illinois. The village in Douglas and Moultrie Counties is dealing with a system of aging water mains and pipes, without money left in the general fund for making repairs.

Mayor Matt Bernius says the estimated $5.6 million from a sale would generate interest for other projects, like storm sewer and street repairs.

And he says water rates will remain on the same schedule whether or not the sale goes through.  Bernius says Aqua Illinois would lock in the same increases the village was planning through 2021, by spreading those costs through all its customers in the state.

“We believe that if you look at, we’re better off by letting the other 200,000 customers or whatever across the state help pay for our system, versus us help pay for theirs," he said.  "We’re a small part of that pie."

Some opponents of the water system sale fear just the opposite. They’ve argued in letters to the Arthur Graphic-Clarion that Arthur water customers could end up paying for water system expenses in other communities served by Aqua Illinois.

Close to 200 people have attended public meetings on the issue each of the last two weeks.

Bernius says he understands the lack of local control can bring a fear of the unknown.

But he says the water system sale will help Arthur in other ways, by raising more than $5 million that would generate interest income to use on other village projects, like repairs to storm sewers and streets. 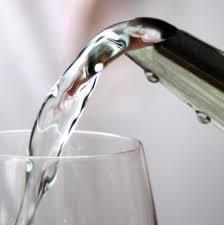