As Ag Communities Recover After A Long Year, Advocates Think About Mental Health

On a dull, overcast Monday in Clarkson, Nebraska, the students of St. John Neumann Catholic School were making steady progress on their simple machines lesson.

The kids paired off to make tiny replicas of cars out of cardboard, masking tape, and bamboo grilling sticks. When the cars were done, they practiced using them to slog a water bottle up an inclined plane to measure its force in newtons.

As 4-H Extension Educator Julie Kreikemeier transitioned into her next activity, the season’s first snowflakes start to flurry outside, prompting gasps and pointed fingers.

“Okay, yes, it’s snowing, get it out of your systems,” she said, cracking a smile.

It’s clear in this moment that Kreikemeier means it when she said she has the best job in the world.

“And I work with the best people, and I have the best kids, who aren't really mine, but I call them my kids,” she said.

While 4-H is known for its summer programming, Kreikemeier works with ages five to eighteen year round. She designs lessons and projects that draw on what students are learning in school.

And when floods ravaged homes across Colfax County, she tried to make 4-H a space of stability for students and their families.

Her older kids helped replace landscaping for families left with sand-crusted front yards. She thinks using club time for community service gave students a sense of purpose amidst the turbulence.

But as the community continues to adjust to its new normal, Kreikemeier has been wondering how to ask a simple, but loaded question: how are you doing, really?

“Somebody can tell you what it was like to watch the water rise, and to watch livestock move and to watch ... the river come out of the banks, but they're not going to tell you how it made them feel,” she said.

Kreikemeier has noticed many students don’t understand what phrases like mental health or depression mean, and aren’t comfortable using them. Having grown up in Dodge, a town of 531, that attitude hasn’t surprised her.

“You can come out right out loud and say, ‘Today, we're talking about suicide prevention’, and what's going to happen? Most people are going to shut down. They're not going to listen,” she said.

Jackie Meyer, a counselor who practices across northeastern Nebraska, thinks the stigma ag communities live with is partly tied to their work. She hears the same lines all the time.

“This is the way farming is, this is what happens, and next year will be better, everybody else has always taken care of it all these years, so I should be able to do that,” she recited. “But sometimes it doesn’t get better, and you lose your farm.”

This year, regional behavioral health agencies have increased their outreach to agricultural areas where families are struggling. And organizations like the Rural Response Hotline in Nebraska are finding some success connecting families to free counseling during financial advisor appointments.

But Meyer says on the whole, most are still not biting.

“People have a difficult time asking for that stuff,” she said.

Stallbaumer manages Schools That Care, a school-based program that connects students, staff, and families with mental health resources in two rural Kansas school districts. She and her husband both come from ag backgrounds.

“I probably wouldn’t have asked either, if we had needed it, at the time.”

But after five parents in one graduating class died by suicide, it was obvious students needed more in-school support. So they hired school social workers, and tasked them with teaching staff about mental health.

“The first year we kind of sat back and let everybody get used to the idea that we had a school social worker, and went through training and provided them information,” she said.

A year later, the number of students, staff, and parents who used the school social worker had more than doubled. Administrators had also warmed to the program.

Stallbaumer thinks the program works partly because students seem more comfortable with social workers if their roles are blended into the larger school community. That way, social workers aren’t thought of as someone students talk with only when something is wrong.

The setup resembles the integrative care model, where a mental health provider and a primary care provider see patients in the same office. Meyer thinks combining practices would be a good way to show communities mental health is part of overall well being.

“The mental health stuff is normal, just like a headache, or the flu. It’s normal. We will get these,” she said.

Plus, a combined office could attract people who don’t want to be seen entering a mental health facility. She likes telehealth for the same reason.

“If I’m sitting at home, looking at my computer like everybody else, nobody’s going to know that I’m seeing a therapist,” she said. Telehealth also allows her to connect with families in areas where mental health resources are limited.

“It could,” she said. But the problem is too urgent to search for a perfect solution.

Meyer feels hopeful, as always, that the culture around mental health can slowly improve in rural areas.

Part of why she loves living in a rural community is the tight-knit relationships. She doesn’t see why they can’t include franker conversations about mental health.

“If I know if I have a friend that I can go to when I feel really depressed, that friend’s going to help me. He doesn't know squat about mental health or counseling, but just being there.”

Meyer trailed off before finding the words.

Harvest Public Media is a reporting collaboration focused on issues of food, fuel and ﬁeld. Harvest covers these agriculture-related topics through an expanding network of reporters and partner stations throughout the Midwest. 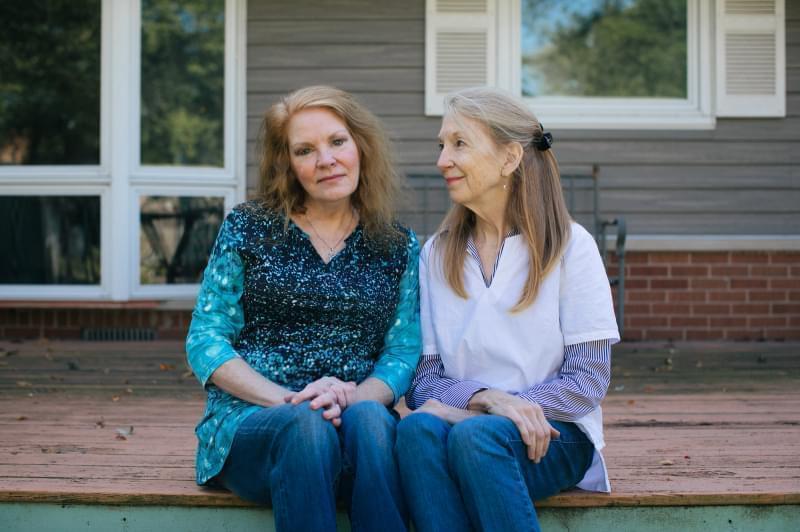 A Woman’s Grief Led To A Mental Health Crisis And A $21,634 Hospital Bill 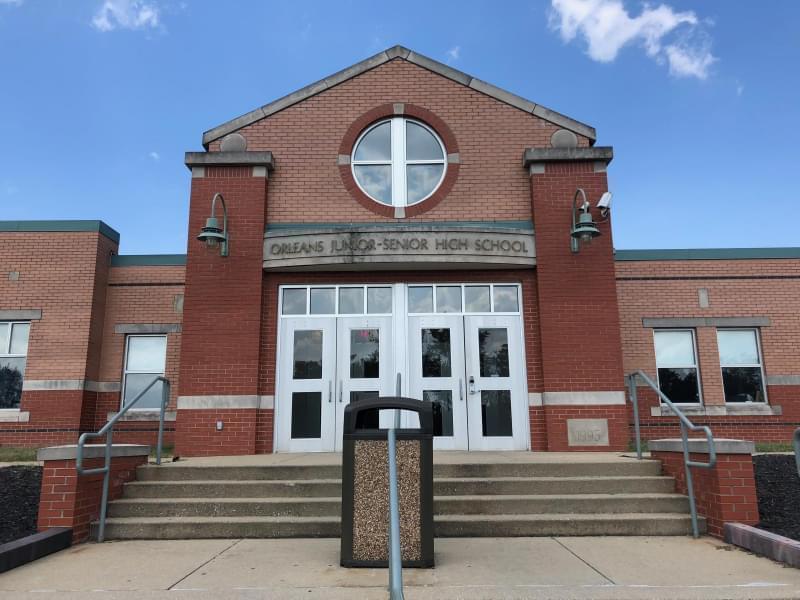 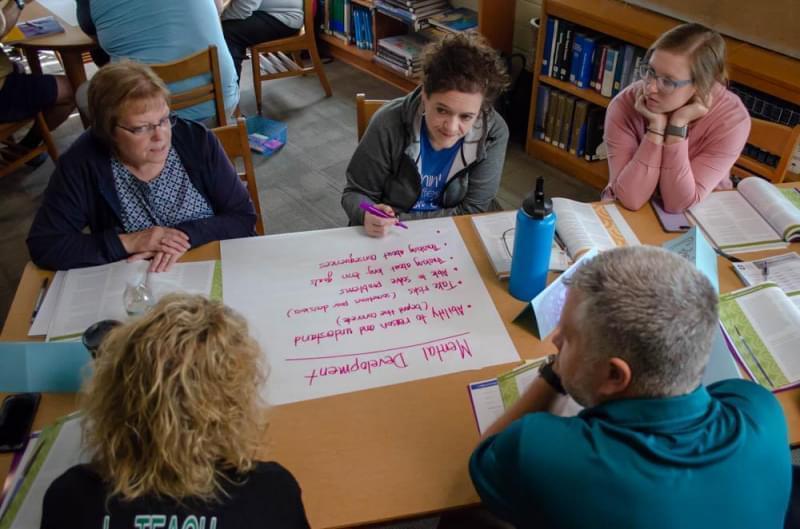 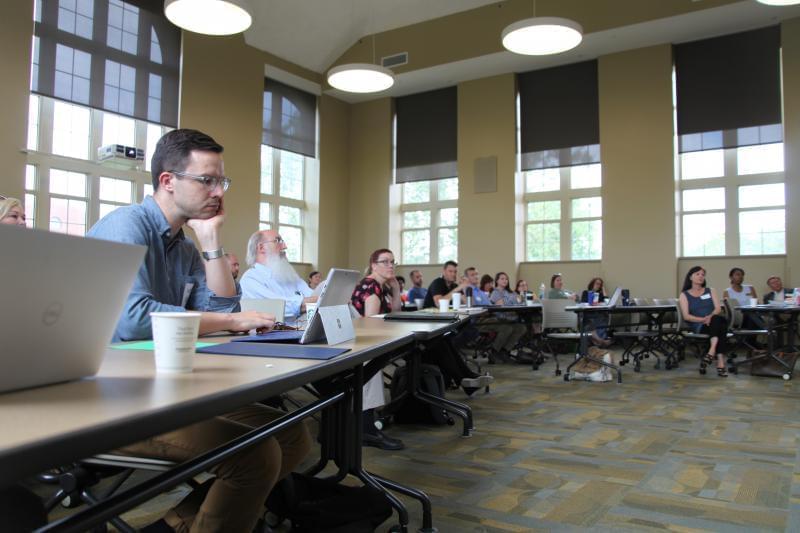