Boy Scouts of America says it is disappointed Caterpillar Inc. will no longer give money to the group.

But public relations director Deron Smith on Thursday thanked the Peoria-based heavy equipment manufacturer for its past support.

Caterpillar spokeswoman Rachel Potts said Thursday that the Caterpillar Foundation has decided to withdraw its supports for Boy Scouts of America. Potts said the company believes the group's policy barring homosexual adults from serving as scout leaders is discriminatory.

"While we applaud the decision by the Boy Scouts of America (B.S.A.) that youth may no longer be denied membership on the basis of sexual orientation or preference, the fact remains that the B.S.A. continues its policy that it does not allow adult leaders who are open or avowed homosexuals," Potts said in a statement. "Because this policy does not align with Caterpillar's enterprise policies on discrimination against sexual minorities, the Caterpillar Foundation does not invest in the B.S.A."

"We have invested varying amounts over the years in direct grants to Boy Scouts of America councils around the country that are located near where we have facilities and employees," she said. "We are not disclosing totals."

Other companies such as United Parcel Service and Intel Corporation stopped supporting the scouts well before the recent decision. 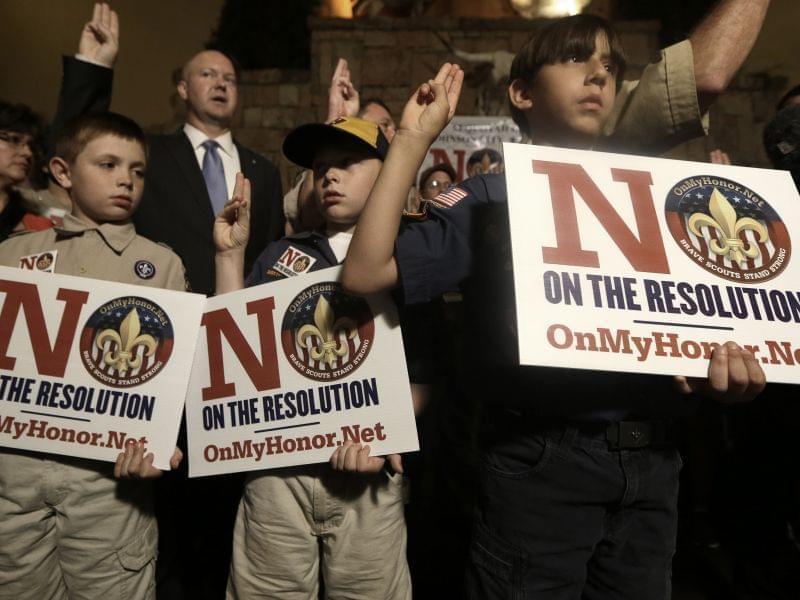