Champaign County voters have rejected a property tax increase to fund the county nursing home, while also giving the county board permission to sell or dispose of the facility.

Voters on Tuesday defeated a proposal to triple the existing nursing home property tax rate up to 10 cents per $100 assessed valuation. “No” votes came from 14,073 or just under 56% of county voters casting ballots.

Nearly as many voters, or 13,986, voted to give the Champaign County Board permission to sell or “dispose” of the nursing home, if it sees fit.

Backers of selling the nursing home say the facility is not viable as a county institution, and would be managed better in private hands.

Former Champaign County Board member Scott Tapley led a campaign to pass the referendum allowing the county board to sell the nursing home. He says the facility would be better off in private hands, and the sooner, the better.

"The financial position (of the county nursing home) is extremely dire", said Tapley. "I think the treasurer and the county administrator made it clear that this is not Chicken Little, this is a real crisis and they really need to do something. And the voters have spoke, and that “something” they want done is to sell it.”

But Cathy Emanuel with the County Nursing Home’s advisory board says, not so fast.

"This vote doesn’t mean the county board will necessarily sell the nursing home", said Emanuel. "It means the county has the option to do that. And the county board’s going to look at, I would imagine, what’s the best direction for moving forward, so that we can have a good service for the community.” 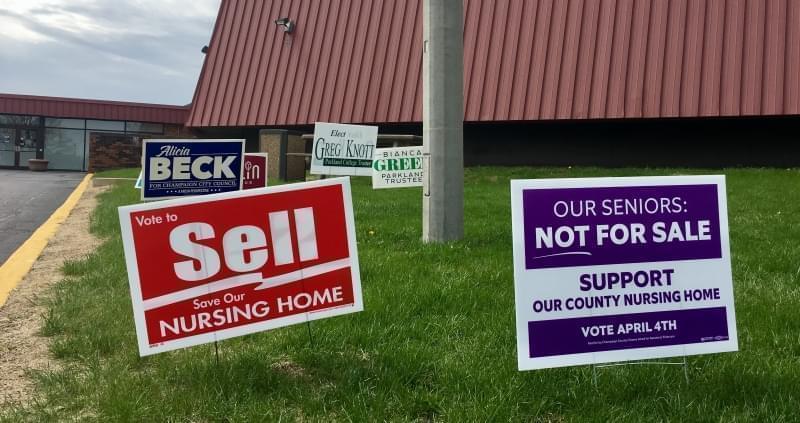 Champaign County Board To Consider Choices For Nursing Home’s Future