Champaign city staff has two weeks to seek out additional revenue sources for the police and fire departments, and the city libraries.

On a 8-1 vote onTuesday, the city council agreed with funding requests from each department.

Champaign Public Library Director Marsha Grove said without $500,000 in recurring funding, operations will need to be cut by 31 hours a week – due to declining property values and increased costs.

When the discussion over the library budget got underway, more than 70 people filled the council chambers to comment, including the Rev. Ervin Williams. He grew up poor with 18 brothers and sisters, and he said he identifies with kids using the library’s Douglass Branch.

"You don’t know what kind of a day or what kind of life or anything maybe a child has been through," he said. "But for a moment, they can pick up a book, and they can go anywhere. And they can become anything. How do you set a price on that?”

University of Illinois Education Professor Rochelle Gutierrez is in charge of an afterschool bilingual math club, said she said she is concerned with cuts in programming at the main library.

"I've just been really impressed with the kinds of knowledge and coordination that's happened so that we can do the kinds of things in the library that are not costing citizens, but are benefiting the kids," she said. "If we tried to do what we do by doing this out of a middle school or high school, kids wouldn't come."

Council member Marci Dodds voted for the library’s request, saying she is more than willing to do it - but she said it is not sustainable for staff to come back with these requests each year.

“I think if real revenues need to be raised, or if the property tax rate needs to be looked at, it needs to be done at property levy time," she said. "And the library needs to make its case to the public, not just the public as represented by the 9 of us up here.”

Dodds, a former library foundation president, said she always wants that panel to raise some money for the library endowment. She said the endowment should grow for the library so cyclical rises and falls in property taxes 'aren't quite so wrenching,'

The Champaign Police Department is seeking funds for up to six more officers, and $85,000 in overtime funds.

The Champaign Fire Department wants restored overtime funding for a second company at Station Number 4 on the expanding west side of town. Fire Chief Doug Forsman said it's important to cover a changing demographic on the city's west side, beyond Prospect Avenue.

All three passed by a vote of 8-to-1. Council member Deb Feinen was the lone ‘no’ vote in all of them, saying she wants to find places to cut in the city budget before eventually raising taxes.

"Maybe (the solution) is an endowment, but that doesn't happen overnight," she said.  "But we have to fix that structural gap, because one-time money won't do it."

Champaign City Manager Dorothy David said sales tax, the hotel-motel tax, and a beverage tax are among revenue sources she’ll explore before the May 28 council meeting. 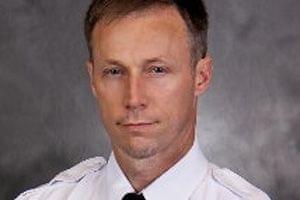