The Champaign City Council voted Tuesday night to not repeal a policy that allows landlords to discriminate against people with certain criminal records.

The policy has been in place since 1994, when it passed as an amendment to the 1977 Human Rights Ordinance that prohibits all types of discrimination and includes people with criminal records on the list of protected classes.

The amendment provides an exception for landlords, allowing them not to rent to people who have been convicted of certain crimes, unless they've been out of prison for five years.

Those include “forcible felonies”—which include treason, murder, sexual assault, robbery, burglary—and drug crimes, including felony drug convictions and the manufacturing and delivery of drugs.

The three-hour study session included a presentation of a City Council report on the issue, followed by public comment from more than 20 area residents.

Those in favor of repealing the policy said it undermines efforts to reduce recidivism and is racist, since people of color are incarcerated at higher rates than white people and are more likely to rent versus buy a home.

Landlords opposing the repeal said they can and do choose to rent to people with criminal records, but need freedom to turn away renters with certain criminal convictions to protect the safety of their other tenants.

The Council ultimately voted 3-to-6 to leave the policy intact. A majority, however, did vote in favor of shortening the time landlords can refuse to rent to someone based on prior convictions from five years to two years.

The Council also voted unanimously to follow up with another study session that would focus on clarifying parts of the policy that are unclear. 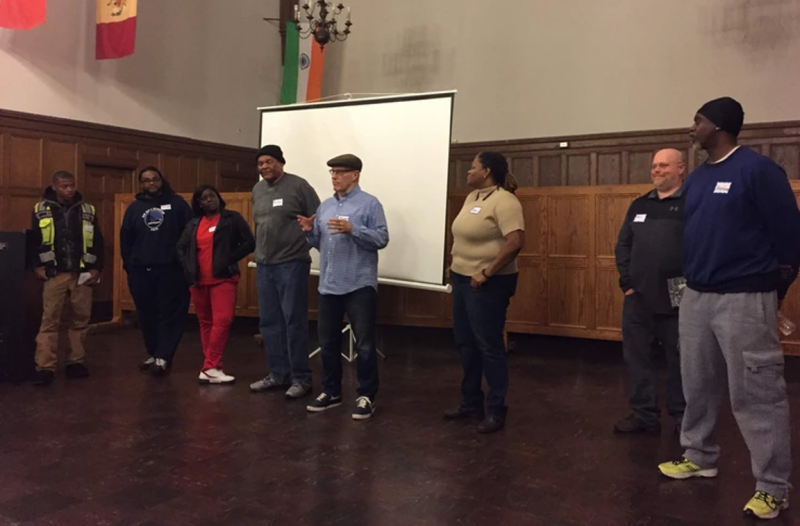 Federal Prison Reaches Out To Nearby Communities To Attract New Hires