Illinois Comptroller Judy Baar Topinka has died, less than 24 hours after having a stroke.

A statement from her office says the 70-year-old Topinka died early Wednesday morning following complications from the stroke.

She'd reported discomfort and was admitted to a hospital in Berwyn. After undergoing testing, she lost consciousness Wednesday and was pronounced dead shortly after 2 a.m.

"Early this morning, Illinois lost one of its all-time greats.," said Gov.-elect Bruce Rauner.  "Comptroller Topinka’s magnetic, one-of-a-kind personality brought a smile to everyone she met, and she had a servant’s heart, always only caring about what was best for the people of our state. Judy was a tremendous friend, and Diana and I will miss her deeply."

"Today is a sad day in the state of Illinois. I am heartbroken to hear of the passing of my friend, Judy Baar Topinka," said Gov. Pat Quinn. "As the first female Treasurer of Illinois and a longtime public servant, Judy was a trailblazer in every sense of the word."

"Her constant professionalism, passion for serving the people of Illinois, honesty, and sense of humor truly set her apart from all other elected officials," said Republican Congressman Rodney Davis of Taylorville.

Topinka was a former state treasurer and Illinois GOP chairwoman.   But she was also a social moderate.  She built support among minorities and in the gay community.

She talked about an effort to do the same for the Republican party back in 2003.

"Part of it is me," she said.  "I just don't hate anybody.  I'm not a hater.  I have a really big tent.  I want everybody in here. We're not letting anybody off the hook.  We're going in here like Star Trek, (where) no people have ever gone before, man.  We're not letting anyone get past us."

Equality Illinois says in a Wednesday statement that Topinka demonstrated  political labels shouldn't be a barrier to reaching out to all citizens.

He said she endorsed same-sex marriage in Illinois and even offered to be a flower girl for any same-sex couple that would have her.

Obama says he got to see Topinka's fierce advocacy for her constituents when she was state treasurer. He was a member of the Illinois General Assembly.

Obama also says Topinka was "blunt, pragmatic, unfailingly cheerful and energetic.'' He also says she was "always willing to put politics aside to find commonsense solutions that made a difference for the people of Illinois.''

With Topinka's passing, it would seem the next step is for Governor Quinn to appoint a successor.  But election officials are unsure about the process.

The constitution says the governor would choose someone to fill out the term until the next election. Except the term ends January 12 and an election has already been held.

State Board of Elections Director Rupert Borgsmiller said they are not sure how to handle it.

"Nobody knows at this point by looking at the  constitution and the election code itself", he said.

For now, the Attorney General Says Governor Quinn can name a successor, but it's uncertain if that appointment will be for a month, or for four years and a month.

The attorney general is reviewing the matter. 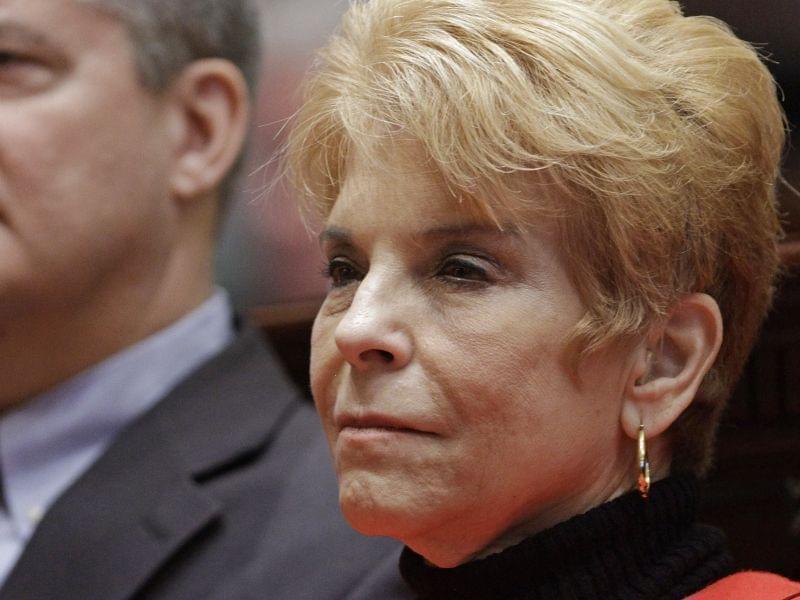