It started with a missing paycheck.

In 2006, Guadalupe Chavez, a farm worker in California's Central Valley, was supposed to earn $245 for a week of picking pomegranates. It was money the widowed mother of two needed urgently to pay her bills. When she went to track down the check, a supervisor she'd never met before told her someone had it out in the fields. He said to follow him there in her car.

He stopped in an isolated pistachio orchard. Then, she says, he got out of his truck and demanded her underpants in exchange for her paycheck.

"He said, 'I'm the supervisor, I'm in charge here.' And I remembered that he had told me that he had a gun in his truck," Chavez says in Spanish. "And so when he said that, and he banged hard on the car with his hand, I thought, 'He's serious. If I don't do what he says, he can kill me.' "

Then, she says, the supervisor reached through her car window and forced his hand between her legs.

"He was hurting me. Imagine, his fingers were all dirty with pesticides. I wanted for him to stop and hoped that was all he wanted," she says. "I thought, 'If he kills me, who will take care of my children?' "

After those long, frightening moments, he finally gave her the check — but then she says, he demanded oral sex before letting her go.

What Chavez describes meets the federal definition of rape and is considered a felony under California law.

Two days later, she went to a rural legal aid office about another missing check. Lawyers there noticed she seemed distraught. They asked what was wrong, and she gave the OK to call the police.

Kris Zuniga, then of the Kings County Sheriffs Department, investigated the case.

"Oh, absolutely I believed her. Her story was consistent," she says.

When he interrogated the suspect, Zuniga says, the man denied knowing Chavez. But then he admitted sexual contact, saying it was consensual.

Most female farm workers never report sexual assault to the police, he says.

"For one, they're afraid they're going to get deported. No. 2, word gets around to the other bosses in the valley and the other people that are also doing farm labor work, they'll never work out there again," Zuniga says.

Zuniga, now a sergeant with the police department in the rural town of Avenal, Calif., says many farm worker victims don't get a rape exam.

"And a week goes by, two weeks go by, three weeks go by, you've lost that physical evidence, so now you're down to a 'he said, she said' and those are tough, tough to prosecute," he says.

'They Have To Feel Comfortable'

The first stop for a farm worker victim isn't usually the police station. It's more likely a place like Westside Family Preservation Services, a tiny nonprofit tucked into a rundown strip mall in the rural California town of Huron. (More resources for female farm workers who have been harassed or sexually abused can be found here.)

A steady stream of women walk in after work in the fields, pulling down the brightly colored bandannas that protect their faces. Case worker Amparo Yebra says sometimes they'll confide to her about sexual violence.

Yebra says she literally holds a woman's hand and walks with her into the police station. But sometimes, she says, victims change their minds once they find out what's involved in a criminal case — including the humiliation of retelling their stories in front of a jury. Sometimes, they may choose to file a confidential complaint against the farm company instead.

"A lot of times the victim wants to just wrap things up as fast as possible, get some peace," says Sandra Mendoza. Mendoza works with the Mexican consulate to help crime victims navigate the U.S. justice system.

"Coming to an agreement with the company is confidential, no one else finds out about it from either the victim's or the company's point of view," she says. "And victims don't face the uncertainty of a jury trial, where nothing guarantees that the alleged perpetrator ends up in jail anyway."

But Chavez wanted her alleged assailant to go to jail. The local district attorney determined there was strong enough evidence to prosecute and took the case, making Chavez one of the few female farm workers to press criminal charges in a sexual assault case.

But with no witnesses in the pistachio orchard that day, the jury believed the defense that the encounter was consensual. The farm supervisor was acquitted.

Even so, Chavez says she got some justice because the man she accused of raping her had to face her in court, and she says, now supervisors like him may think twice about how they treat women in the fields. 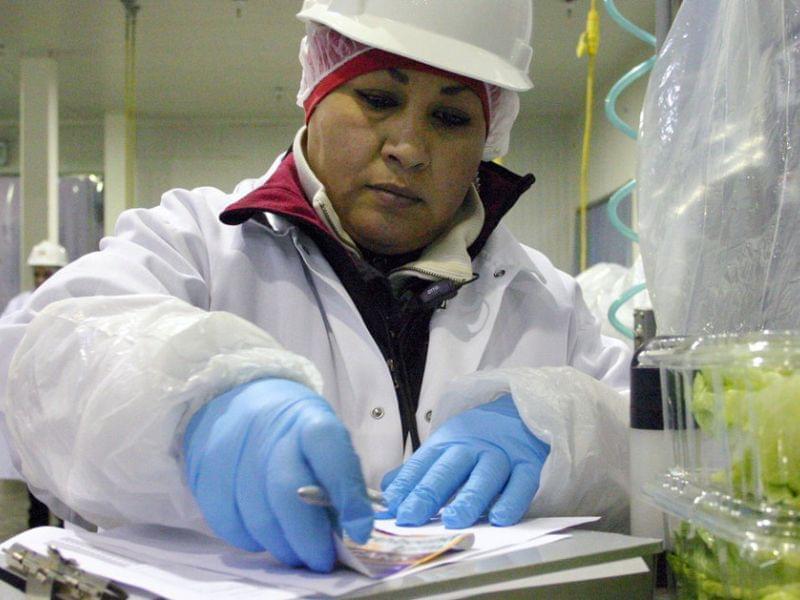