Authorities in Canada today were taking stock of Wednesday's dramatic attack that killed a soldier and led to a shootout inside a Parliament building between police and the alleged attacker, identified as 32-year-old Michael Zehaf-Bibeau.

Canada's MPs, despite many of them spending hours in lockdown on Wednesday as police swept the area in downtown Ottawa for a possible second assailant, expected to return to work today.

In a speech Wednesday evening, Canadian Prime Minister Stephen Harper called the events on Parliament Hill "an attack on our values."

NPR's Jackie Northam, reporting from Ottawa, says that while the area where the shooting took place will be open for government business, it remains closed to the public.

The Canadian Security Intelligence Service has so far declined to comment on the identity of the gunman, but U.S. and Canadian media have quoted unnamed American officials as saying he is Zehaf-Bibeau, a man Jackie says is being described as "a fairly recent convert to Islam" who had a criminal record in multiple provinces.

"He was also the son of a very senior official of Canada's immigration department," she says.

The Globe and Mail says he was "a labourer and small-time criminal — a man who had had a religious awakening and seemed to have become mentally unstable."

The newspaper reports: "Mr. Zehaf-Bibeau was born in 1982 and was the son of Bulgasem Zehaf, a Quebec businessman who appears to have fought in 2011 in Libya, and Susan Bibeau, the deputy chairperson of a division of Canada's Immigration and Refugee Board. The two were divorced in 1999."

The Globe and Mail quotes an acquaintance of Zehaf-Bibeau's who said the alleged attacker had frequently spoken of the presence of devils or demons in the world and had recently expressed a desire to go back to Libya to study. He apparently had been blocked from getting a visa to Libya by Canadian authorities "who have been taking measures to prevent Canadians from joining extremists overseas," the newspaper says.

The Canadian Broadcasting Corp. says Zehaf-Bibeau was charged in 2004 with drug possession, pleaded guilty and served 60 days in jail.

According to the CBC:

"Zehaf-Bibeau was in trouble with the law again in 2011, this time in British Columbia.

"Following a robbery in Vancouver, Zehaf-Bibeau was charged with robbery and uttering threats. He was found guilty of the lesser charge of uttering threats and sentenced to one day in jail, with credit for 66 days already served, according to court documents.

"Quebec court documents from 2004 show Zehaf-Bibeau lived in Montreal at the time, in the north-end neighbourhood of Villeray."

Meanwhile, Ottawa police said early Thursday they had finally ruled out the possibility of a second shooter. And it wasn't yet clear whether the incident was tied to one the day before in which two soldiers were run down in a car, one killed and the other injured by someone who had been radicalized by Islam.

"It could just be a coincidence but certainly it did raise concern that the attacks happened so closely together," Jackie reports from Ottawa. "This all comes at a critical time for Canada, when Canada says it's going to help in the fight against the so-called Islamic State and Canada is providing men and support for that effort." 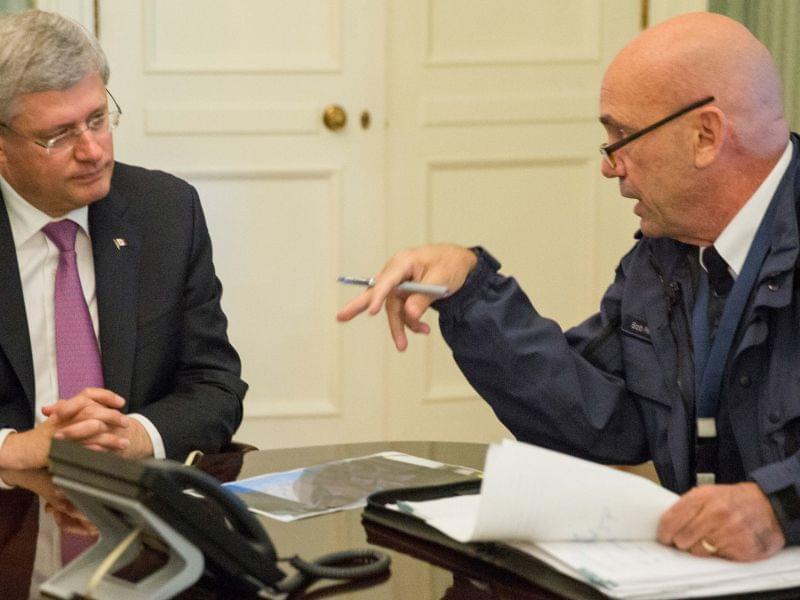 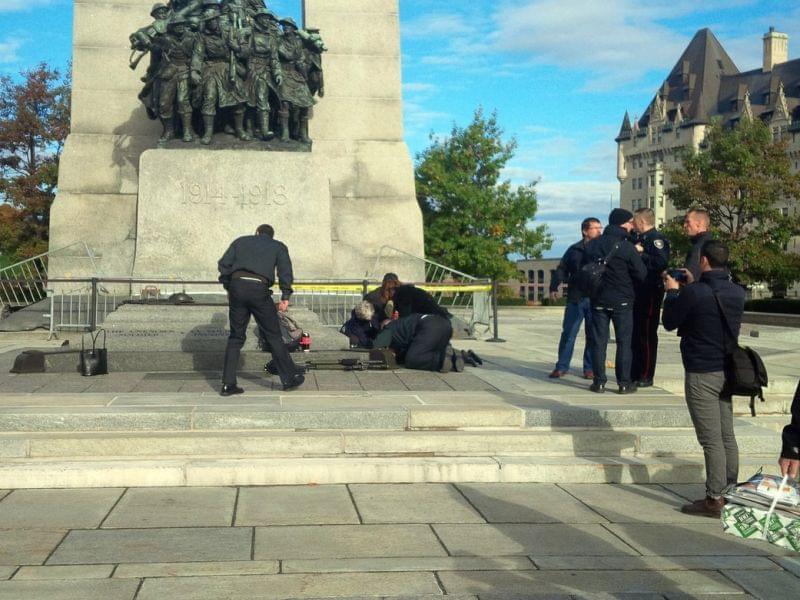 Canada’s Parliament Locked Down After Gunfire