The news that air conditioning-maker Carrier made a deal with President-elect Donald Trump to keep more than 1,000 jobs in Indianapolis came as a shock to Hoosier workers and business leaders alike. Trump pledged during his campaign to stop Indianapolis-based Carrier from moving manufacturing jobs to Mexico. After months of anticipation, the company has confirmed it’s a done deal.

T.J. Bray has been an insulator at Carrier for 14 years. When he first heard Carrier halved the number of jobs it planned to move to Mexico, he says he thought the news was fake.

“I’m still in shock that something was done,” Bray says.

Chuck Jones, president of United Steelworkers Local 1999, which represents Carrier workers, and others can only speculate on how Trump managed to do it. Jones guesses that he used the lucrative military contracts that help keep Carrier afloat.

“Mr. Trump probably played the card where he said, ‘Hey, you’re moving these jobs out of the country, and you know, your military contacts might be hard to come by here on out,’” Jones says.

Brett Voorhies, the president of the Indiana state AFL-CIO and a member of the United Steelworkers Local 1999, says he thinks the 1,000 jobs figure likely includes 200 or so jobs that were already staying in Indianapolis.

“If we can save 800 jobs, I think that’s great,” Voorhies says. “The problem is we’ve still got another 400 to 600 jobs that are still going to Mexico. I wish that if you could save that many jobs, you could save them all.”

Voorhies also speculates Trump and Pence might have offered up more state or federal tax breaks. The Pence administration already made Carrier pay back $1.2 million in those because of the move.

But Indiana Manufacturers’ Association president Brian Burton says at least at the state level, tax breaks were never the problem. He says it’s about the national cost of doing business.

Carrier stood to save $65 million a year by moving to Mexico, but state officials say tax incentives couldn’t have come close to making up the difference.

And while Burton’s encouraged to see the new administration getting a jump on a more direct approach to business issues, he says it’s a double-edged sword.

And he wonders if the Carrier deal will set a precedent for other companies, such as Rexnord, another manufacturer right up the road from Carrier. Rexnord announced recently it’s moving a few hundred jobs to Mexico, too.

Officials from Carrier said in a statement the agreement was made after the Trump-Pence administration emphasized its commitment to support business and a competitive climate.

“We have negotiated an agreement with the incoming administration that we believe benefits our workers, the state of Indiana and our company,” they said.

Voorhies says union officials and workers are in the dark about the details of the plan, so it isn’t clear exactly how many jobs will remain or who will get to keep them.

“People are just kind of anxiously waiting, cautiously optimistic, I guess you could say, about what the details are. Nobody knows but the Trump team and the CEOs at Carrier,” Voorhies says.

“[Trump] seems to be walking the walk along with the talk, so I’ve got to respect that, and I have nothing but appreciation for what he’s done,” Bray says.

Trump and Pence are scheduled to unveil details of the proposal with Carrier officials on Dec. 1 in Indianapolis. 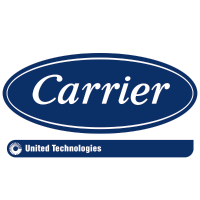