The future President was 16 then and working his way through a standard cyphering curriculum during winter terms in school. About 20 pages of Lincoln's cyphering book were known to exist.

ISU Professor Nerida Ellerton said she was working on a book on the history of mathematics education, and in a Harvard University Library she came across an entry for a fragment of an exercise book by Lincoln.

"When I lifted the folder from the storage place among the other students handwritten work in that box I trembled," Ellerton said.

Ellerton's partner on the book, Professor Ken Clements said the new pages show Lincoln downplayed his ability when he said in 1859 that he could figure out problems involving three numbers to derive a fourth.

"Although that self assessment was true, he certainly could cypher to the rule of three, it represented an understatement of the future President's arithmetical achievement at schools, a typical political statement we might say," Clements said.

Clements added that the new pages also disprove a claim included in a Pulitzer prize winning biography of Lincoln that all of Lincoln's work on "casting out nines" was wrong.

Casting out nines is an old method of checking multiplication problems and Clements said Lincoln's work was correct.

Lincoln's stepmother kept his cypher book for 40 years and gave it to Lincoln's Springfield law partner William Herndon after Lincoln was assassinated. Herndon split up the pages and gave them out as gifts to various people.

The pages will be imaged and transcribed for the Papers of Abraham Lincoln Project at the Lincoln Presidential Library and Museum in Springfield.

These photos provided by permission of the Houghton Library at Harvard University in Cambridge, Mass., show  two pages from the library's archives that Illinois State University math professors Nerida Ellerton and Ken Clements on Friday, June 7, 2013 confirmed as two new pages to add to the math notebook believed to be the oldest surviving document written by Abraham Lincoln. The pages are from the 1820s. Lincoln's stepmother gave the notebook to Lincoln law partner William Herndon after the 16th president's death. 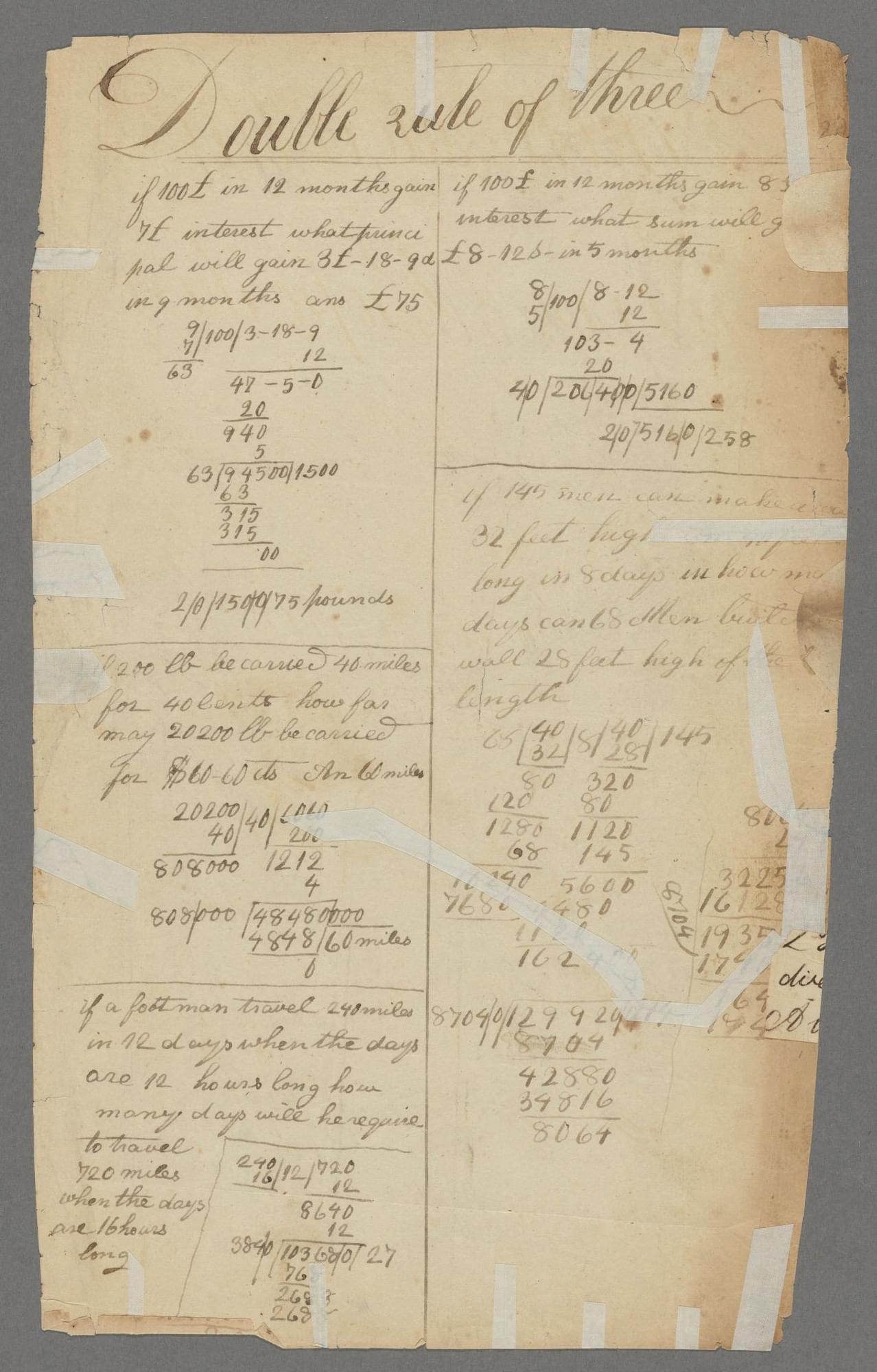 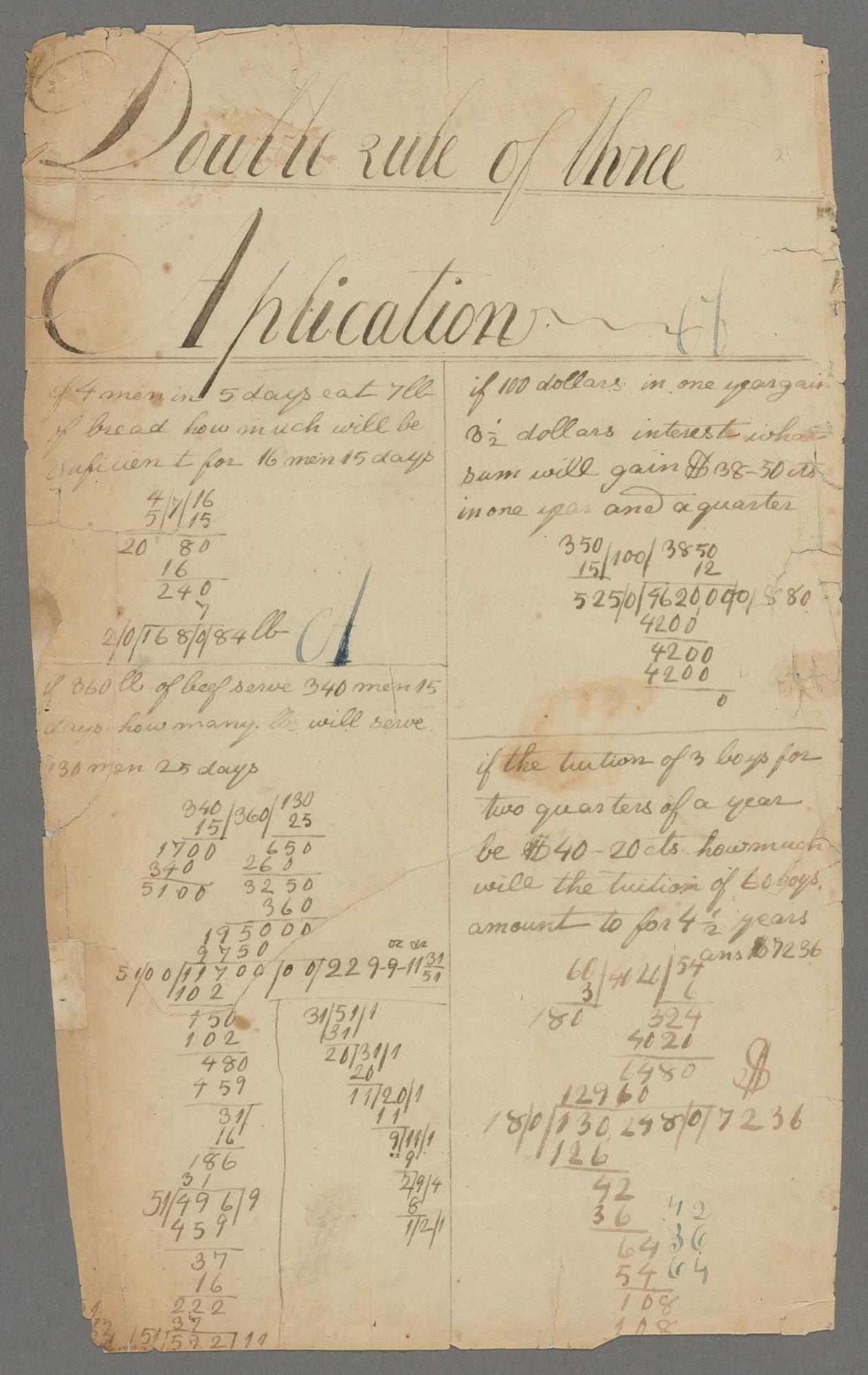