Gus Edwards rushed for 91 yards and two touchdowns as Rutgers ended a 16-game losing streak in the Big Ten with a 35-24 win over Illinois on Saturday.

The Scarlet Knights (2-4, 1-2) led wire to wire for their first conference victory since 2015 at Indiana.

Rutgers rushed for a season-high 274 yards. Edwards, Raheem Blackshear and Josh Hicks all scored touchdowns. Blackshear provided the most exciting run _ a 19-yard gain up the middle on the Scarlet Knights' second possession that he finished by running over defensive back Jalen Dunlap at the goal line.

Jeff George Jr. was 20-of-38 passing for a career-high 308 yards and a pair of touchdowns for Illinois (2-4, 0-3). George also threw two interceptions and has now thrown 12 in seven-career games for the Illini, who have now lost six consecutive Big Ten games.

The Scarlet Knights offense wasn't nearly as effective through the air. Coach Chris Ash benched Kyle Bolin ---- who started in the team's first five games --- and went with Giovanni Rescigno, who completed 5 of 10 passes for 89 yards.

Ra'Von Bonner scored Illinois' only rushing touchdown midway through the second quarter. After a 19-yard reception by Louis Dorsey to start to the drive, Ricky Smalling made a tough catch on the right sideline to put the Illini in the red zone. Bonner finished it with a 1-yard plunge on fourth-and-goal.

Despite its offensive woes, Illinois was still in the game late in the third. Trailing by 11, the Illini forced a three-and-out but Carmoni Green fumbled on the punt return. Rutgers recovered it and took over at the Illinois 21. Two plays later, Edwards scored on a 5-yard rush that put the Scarlet Knights ahead by three scores.

Smalling scored the first touchdown of his career in the fourth and finished with a career-high five catches for 111 yards.

RUTGERS: After being shut out by Ohio State, Rutgers' offense bounced back with a big performance against the Illini. The Scarlet Knights didn't score through the air but rushed for the most yards in program history against a Big Ten opponent.

ILLINOIS: The Illini have taken a few steps back since the beginning of the season. After a strong performance against Western Kentucky, Illinois' offense has continued to struggle. George has made more plays down field than Chayce Crouch _ who started in the team's first four games _ but his interceptions have made it hard for the team to find a rhythm.

Illinois will face Minnesota next week on the road.

Rutgers returns home next Saturday to take on Purdue. 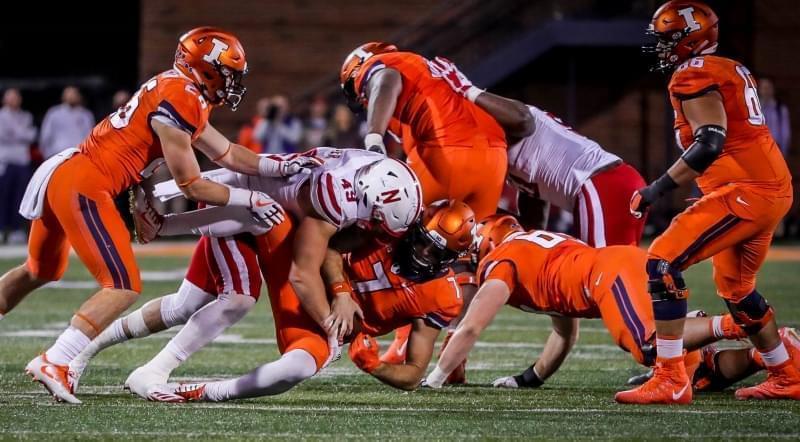 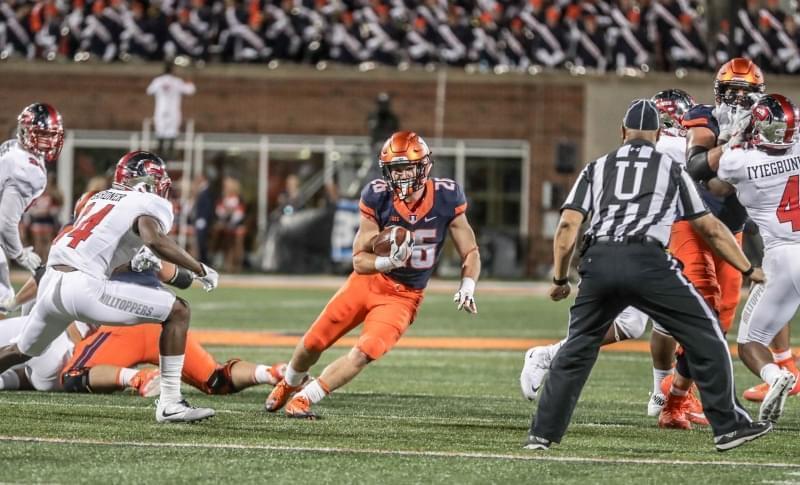