When the votes were counted, Hillary Clinton and Donald Trump won their respective party’s nomination for president in yesterday’s Illinois primary election, with Clinton winning 68 delegates, and Trump winning 51.

It was a close win for Clinton, with Sanders behind by only one delegate. Under Illinois’ primary system, most delegates are awarded proportionally based on the results in congressional districts.

Cruz and Sanders tended to do best in the more rural counties, with Cruz winning a large swath of Central Illinois. Counties in the Chicago area however were largely won over by Trump and Clinton. 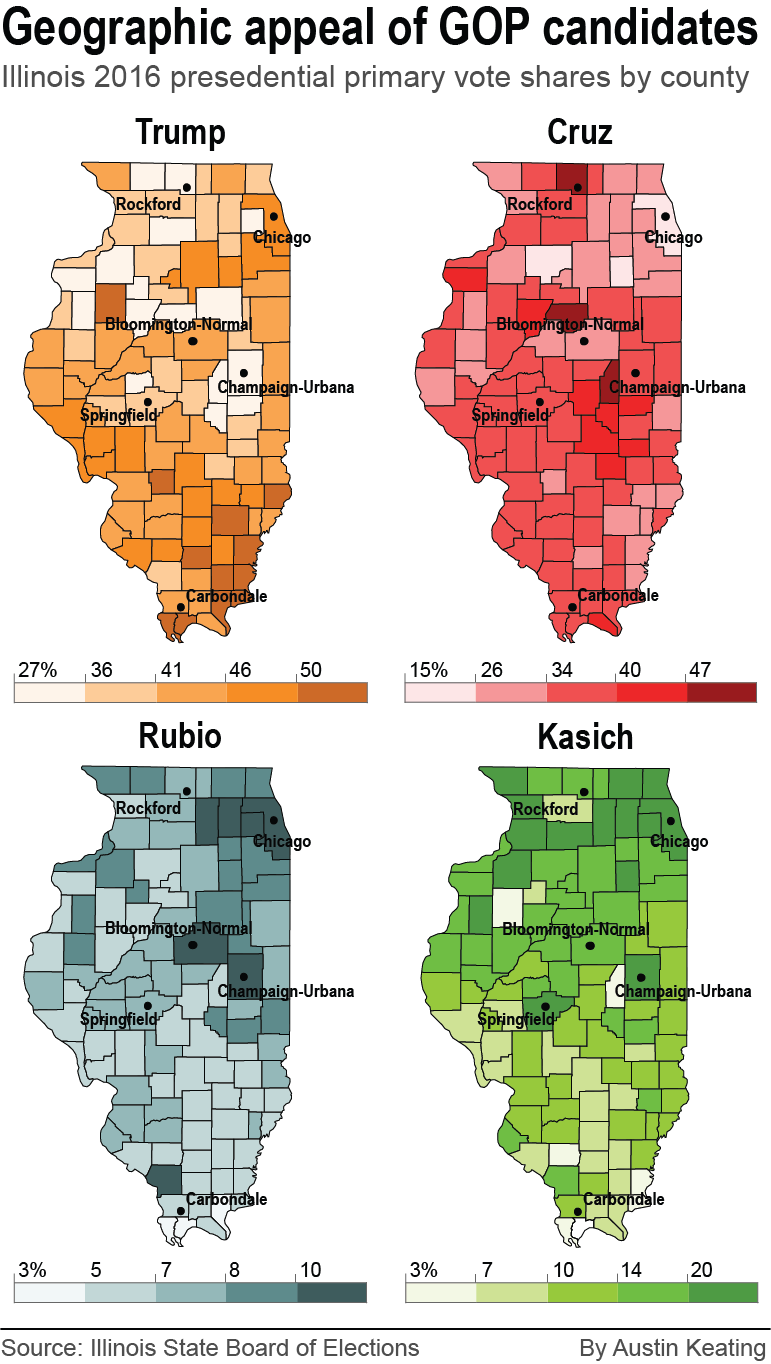