Eleven young men who had been involved in violent, gun-related offenses were offered a choice Thursday night --- stay on a path that could lead to prison or death, or accept an offer of help to turn their lives around. The choice was offered at a “Call-In” session held in downtown Champaign by C-U Fresh Start.

The event at the Illinois Terminal Building was the fifth such Call-In for the Fresh Start program, which was launched in 2016 by the Champaign Community Coalition, in response to a rise in gun violence in the community.

116 shooting incidents, including nine homicides, were reported in Champaign-Urbana in 2018. So far in 2019, there have been at least 16 shootings and one homicide.

The men heard messages from police, ministers, and from Shirley Bailey Phillips of Champaign, who admonished one of the young men to look at her, not at the floor, while she told how her daughter, Erica Cox, was killed by a stray bullet in 2016.

“I almost lost my mind when she was murdered,” Phillips told the men. “But it took God to bring me back.”

The men also heard from Maurice Hays of Urbana, who runs a restaurant after serving 17 years in prison.

“Take the opportunity,” Hays urged the men. “Take it. See what changes do. Make a conscious decision to do something definitive. If you do, then life will be different.”

After the call-in, Hays told reporters that the men might not believe his message if it came from someone else.

“But to actually see it from someone who looks like them, dress like them and talk like them, it resonates in them,” said Hays. “And the seed was planted. I saw it in their eyes. And all I can pray is that some of the guys really make the effort to change for real.”

Seon Williams, a Champaign-Urbana native, told the men he recognized some of them as visitors to his barbershop. And he described his experience preparing the bodies of shooting victims for burial at his funeral home, listing several of them by name or nickname. Williams questioned the lionizing of rap artists, saying they wouldn’t be attending the men’s court appearances or funerals, and that their lyrics had nothing to do with real life.

“Real is when I’m sitting across the table from your mother, working on how they’ll pay for your funeral,” said Williams.

Speakers like Philips, Hays and Williams are part of the “Community Pillar” in the C-U Fresh Start model. They were there to let the participants know that gun violence has a real effect on their community and neighbors. Local pastors and elected officials also spoke to the men.

The men also heard from the mayors and police chiefs of Champaign and Urbana, as well as Champaign County State’s Attorney Julie Rietz and U.S. Attorney John Milhiser. They warned the Fresh Start participants of the legal consequences of gun violence, coupled with an invitation to stop shooting.

Rietz sat down to speak to the participants, who were also seated. She told them she did so as a show of respect.

“I hope this means something,” Rietz told the men, “because the other way I talk about you is standing up in court.”

She directed the men’s attention to poster-size mugshots set up in the room of several local men who had been convicted and imprisoned for gun-related offenses (at least one was a former C-U Fresh Start participant, who did not complete the program). Rietz said that while change is hard, spending years or decades in prison would be much harder.

All the speakers were part of a carefully controlled presentation that also included an audience of invited guests and reporters who sat in the back of the room. The reporters had agreed in advance to stay silent during the call-in, and not to seek out or name the identities of any of the young men.

However, all of the participants who were offered help through C-U Fresh Start are 18 or older, on parole or probation, have a prior felony arrest or gun arrest or a violent crime conviction, or have been identified through credible information as having a recent involvement in violent crime.

The eleven participants later went to another room for the second part of the call-in, where they learned about the “Services Pillar” of C-U Fresh Start. This was the help they could receive in completing their parole or probation, educational and job training opportunities and help in finding employment.

Rev. Willie Comer of East Central Illinois Youth for Christ was one of the pastors who spoke at the Fresh Start Call-In.  He told reporters that Fresh Start was an example of an “intervention” option for trying to steer young people away from crime. Comer said he hoped Thursday night’s Call-In would be the start of a dramatic growth and change for some of the participants.

But Comer also called for more “prevention” measures to reach young people before they get into trouble. One such measure is the Friday evening midnight basketball program Comer runs for middle and high school youth through East Central Illinois Youth For Christ. He also proposed the establishment of community arts centers in struggling neighborhoods, where young people would have the opportunity to develop their skills in interests in everything from cooking to dance to computer graphics.

Participation in the Fresh Start program is voluntary, and Champaign Community Relations Manager Tracy Parsons says about 30 percent of those who take part in the Call-Ins (which are held two or three times a year) actually complete the program. That compares to a 20 percent completion rate for similar programs in other cities, including Peoria, Rockford and Springfield in Illinois. 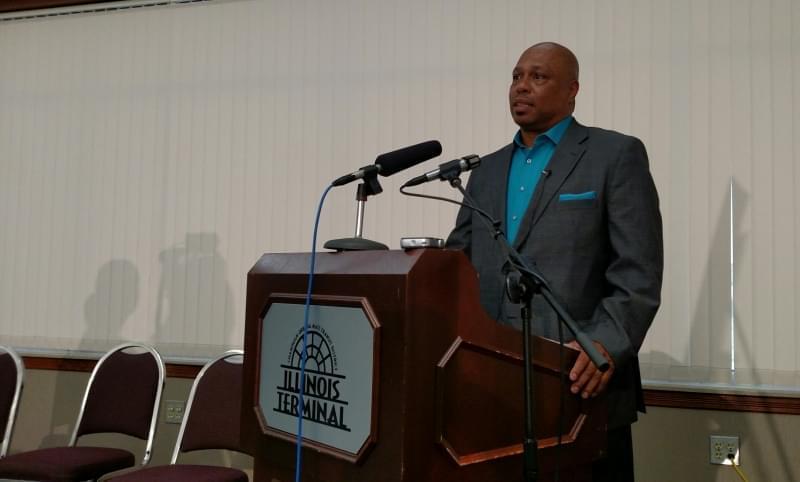 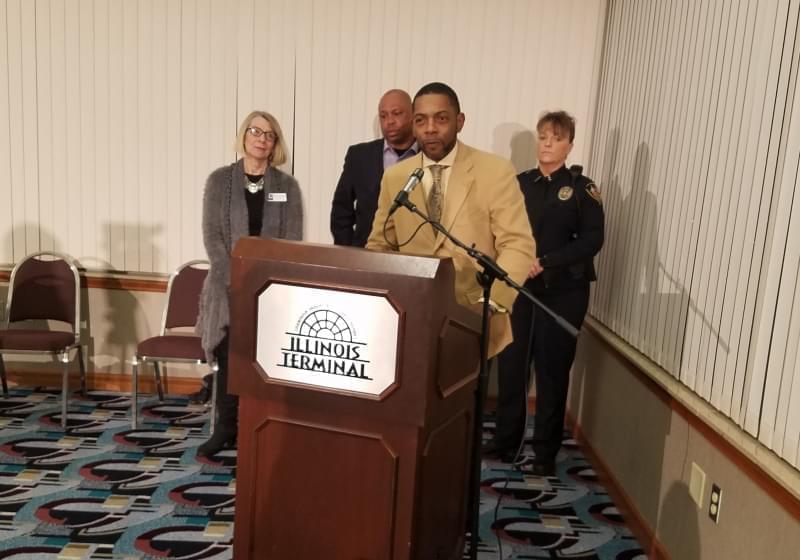