Randy Vassh maneuvers an excavator in tandem with his co-worker at a lakefront home in the village of Caledonia, Wisc.

The huge machines operate in shallow water and stretch mechanical arms 30 feet out into Lake Michigan.  They scoop up huge rocks and place them back along shore to slow erosion.

"The lake took them out, now we have to bring them back," Vassh says. "Because the lake rose three feet in the last four or five years. ... Four years ago, they had 30 feet of beach here."

Vassh says this homeowner is luckier than some.  His yard slopes to the water’s edge, making the work easier and allowing expenses to be shared with neighbors.

One village to the south, in Mt. Pleasant, Stan Olszewski looks out at the lake from his 50-foot bluff.

He can't stand at its edge. Twenty feet of once-solid ground has slipped precariously toward the shore below.

Large chunks of concrete are heaped at his side, but Olszewski's not quite sure when workers will arrive to move the concrete to the water’s edge. People like Vassh come at a premium these days.

" The previous owners had put similar materials over the edge back in the '50s and '60s to try to preserve this," he says. "And what has happened over the years, since the lake has come up, it’s starting to erode. There were caves that were formed under here from the erosion, well, they collapsed and caused this all to drop.

"This has dropped off in the last 18 months."

Olszewski and his wife were educators in Illinois. They searched several years for this retirement spot, and even remodeled to accommodate wheelchairs if the need ever arose.

The home was once 50 yards from the bluff. He estimates he’ll invest $150,000 to try protect what remains. Some of his neighbors weren’t as fortunate.

"Like in Andy’s case up north here, five or six houses up north, it's encroaching his house quite dangerously," Olszewski says. "And down there about a quarter-mile, they had to tear Mike’s house down because his foundation was continuously being exposed."

Erosion also has put large sections of Mt. Pleasant’s roads and utilities at risk. Now, the town is seeking help from the federal government.

"From the village’s point of view we have dead-end roads that are failing and are very close to essential utilities," Beyer says. "So we’re kind of biding our time to see if the Army’s going to come in, because if we spend money before they get on board, if they do, we don’t realize millions of dollars cost share"

The Corps has stepped in, or at least, taken a first step.

Operations engineer Randall Eigenberger says the Corps okayed a study of the shoreline. But, he adds, "What would be funded and constructed is still in question."

No one’s sure when the Corps study will start.  Eignerberger says Mt. Pleasant is competing with projects across the country.

Resident David Overby, who lives at the end of one the town’s dead-end streets, is worried about the delay.

" Army Corps of Engineers is the answer – please now, don’t wait," he says. "The bluff has eroded to the edge of the street.  It goes about 14 feet more, hits the sewer.  Knocks us out, probably condemns our house."

Even those prepared to swallow the cost of shoreline remediation might have to wait.

Autumn and winter usher in heavier wave action and freezing conditions. But heavy equipment won’t roll again until next spring. 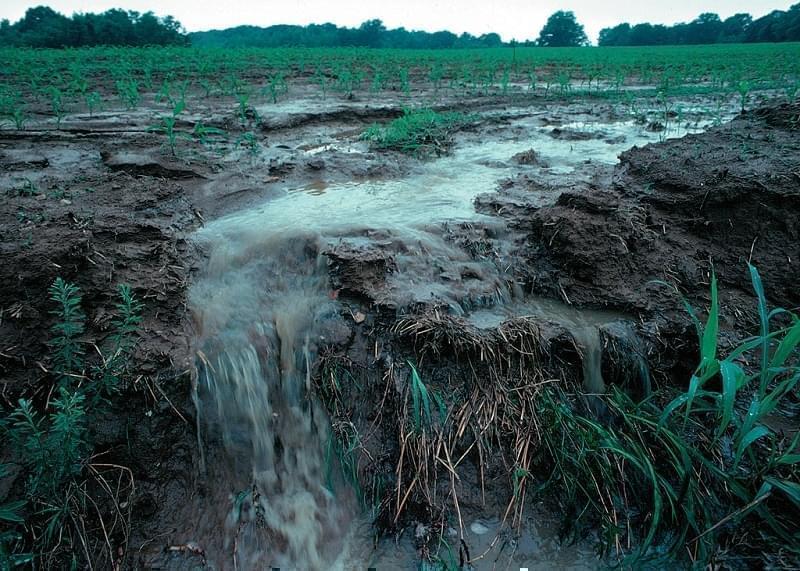