If the Food and Drug Administration has its way, an era of food technology will soon end. The agency announced Thursday it is aiming to ban partially hydrogenated vegetable oils from all food products.

Margaret Hamburg, the FDA commissioner, said at a press conference that her agency has come to the preliminary conclusion that the oils "are not generally recognized as safe for use in food."

If the agency makes this decision final, it will mean a complete ban on this ingredient.

Health concerns about the trans fats in the oil have been mounting for years. The biggest concern? Trans fats raise the risk of heart disease. The Centers for Disease Control and Prevention estimates that an FDA ban on trans fats could prevent an additional 7,000 deaths from heart disease each year and up to 20,000 heart attacks each year.

But it took decades for health officials to arrive at that conclusion.

Partially hydrogenated oil came on the market about a century ago when food scientists figured out how to add hydrogen atoms to a molecule of oil. Typically, it's soybean oil.

Kantha Shelke, a scientist with the Institute of Food Technologists in Chicago, says this makes liquid oil more solid, and stable. Depending on how you add the hydrogen atoms, you can make the oil as solid as you like.

"So we could literally dial the needle to as solid as you wanted, and get the kind of results we were looking for," says Shelke.

These results include cookies or doughnuts that didn't leave a ring of oil behind on a paper towel and don't start tasting rancid after a few weeks.

Also, this oil doesn't have a strong taste of its own so you can use lots of it without ruining the flavor.

"It's really absolutely perfect, and it's also perfect for the American style of shopping: You buy boxes and boxes of crackers, put them in your pantry," says Shelke. "You open this box six months or eight months or a year later, and it would still taste and smell just as good as it was on the day you bought it!"

By the time the government came up with laws regulating food additives, people had been eating this form of oil for decades with no apparent problems.

David Schleifer, a researcher at a nonprofit group called Public Agenda, in New York, says most scientists in the 1980s actually thought this kind of oil was probably safer than lard or palm oil. Schleifer wrote a recent journal article on the history of trans fats.

McDonald's, Schleifer says, previously used beef tallow for frying. "People freaked out about beef tallow because it had saturated fat, and McDonald's responded to that public outcry by replacing beef tallow with trans fat," he says.

Everything changed in the mid-1990s. New studies showed that trans fats raised bad cholesterol and increased the risk of heart disease.

In fact, they were even worse than saturated fats. In 2006, after a campaign by public health advocates, the FDA required food companies to add trans fats to food labels.

Most companies responded by drastically cutting their use of partially hydrogenated oil. That had a big impact on consumption — Americans consumed around 1 gram per day in 2012, down from 4.6 grams per day in 2003.

But not every company has eliminated it from every product.

You can still find trans fats in microwavable popcorn, frozen pies and all kinds of mass-produced baked goods. Often, food companies use just a little bit. If there's less than half a gram of trans fats per serving they can list the amount of trans fats in their products as zero.

A complete ban on trans fats would be a big deal for food manufacturers, says Shelke. She says food companies can drop the trans fats, but their products won't be quite the same.

"They have to go back to re-educating consumers that cookies and consumers don't last forever," says Shelke. 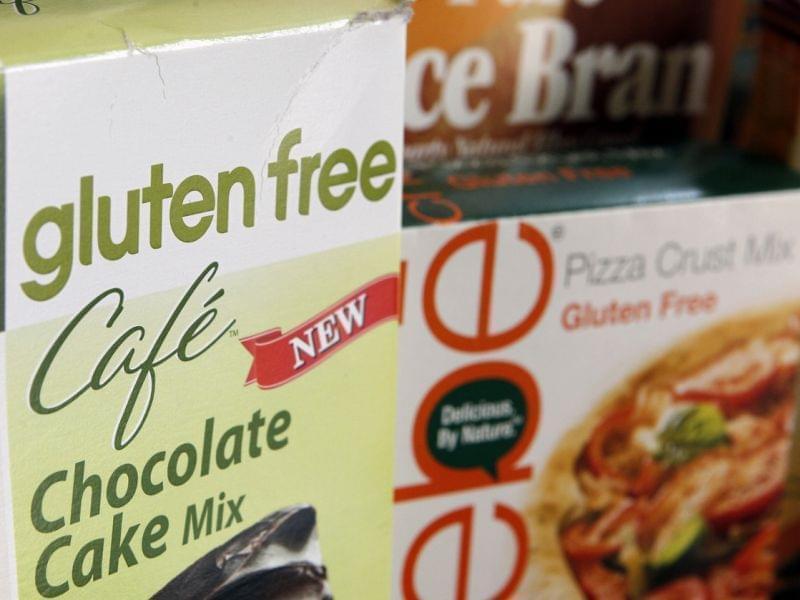