The Food and Drug Administration Thursday proposed regulating e-cigarettes for the first time.

The agency unveiled a long-awaited rule that would give it power to oversee the increasingly popular devices, much in the way that it regulates traditional cigarettes.

"It's a huge change," FDA Commissioner Margaret Hamburg told reporters in a briefing Wednesday, before the official announcement of the agency's plans. "We will have the authority as a science-based regulatory agency to take critical actions to promote and protect the health of the public."

The proposal will be subject to public comment and further review by the agency before becoming final. But once that happens the rule would impose new restrictions, including:

E-cigarettes are plastic or metal tubes about the size of a traditional cigarette that heat a liquid solution containing nicotine. That creates a vapor that users inhale. Their popularity has soared in recent years.

Some have welcomed the trend as a way to prevent people from smoking traditional cigarettes, which are far more dangerous, and to help smokers quit.

Others fear the devices will addict nonsmokers to nicotine and eventually lead to more people smoking. That has fueled calls for the FDA to assert its authority over the devices. Although e-cigarettes are generally considered much safer than traditional cigarettes, some fear that not enough research has been done to know what risks they may have.

"We call the current marketplace for e-cigarettes the Wild Wild West," said Mitchell Zeller, who heads the FDA's Center for Tobacco Products. "We will be in a position to ensure that the products are as safe as they could possibly be."

The FDA had previously attempted to regulate e-cigarettes, but that effort was thwarted in court. The agency recently signaled, however, that it planned to try again. Thursday's announcement will make that official.

The proposal would also require any new e-cigarettes to get FDA approval before being sold, and demand that current products provide a justification for remaining on the market.

The announcement stopped short of more aggressive regulation that some critics had called for, including restricting or banning fruit flavors and other sweeteners that may appeal to young people.

It also won't restrict television advertising and online sales, as some had hoped. But Zeller and Hamburg said Thursday's move is the first step that could lead to such measures if the agency determines that those are needed.

"This announcement starts the process that will give us the authority to actually get out there and regulate e-cigarettes," Hamburg said.

The FDA also is proposing regulation of a variety of other tobacco-related products, including cigars, nicotine gels, pipe tobacco and water pipes.

E-cigarette companies and anti-smoking advocates had just started to review the FDA's proposal. But at least initially the industry welcomed the FDA's plans, apparently relieved the agency had not gone further.

"We are extremely relieved that all e-cigarette companies will be regulated, and forced to achieve and maintain the same high standards that Vaper Corp., and several of our responsible competitors, have been imposing on ourselves for years," said Jeffrey Holman, president and director of the Dania, Fla., company said in an email to Shots.

Public health advocates generally welcomed the move as an important first step, but expressed disappointment that the agency had failed to regulate the devices more aggressively right away.

"This action is long overdue," said Matthew Myers, president of the Campaign for Tobacco-Free Kids. "It is inexcusable that it has taken the FDA and the administration so long to act. This delay has had serious health consequences as these unregulated tobacco products have been marketed using tactics and sweet flavors that appeal to kids." 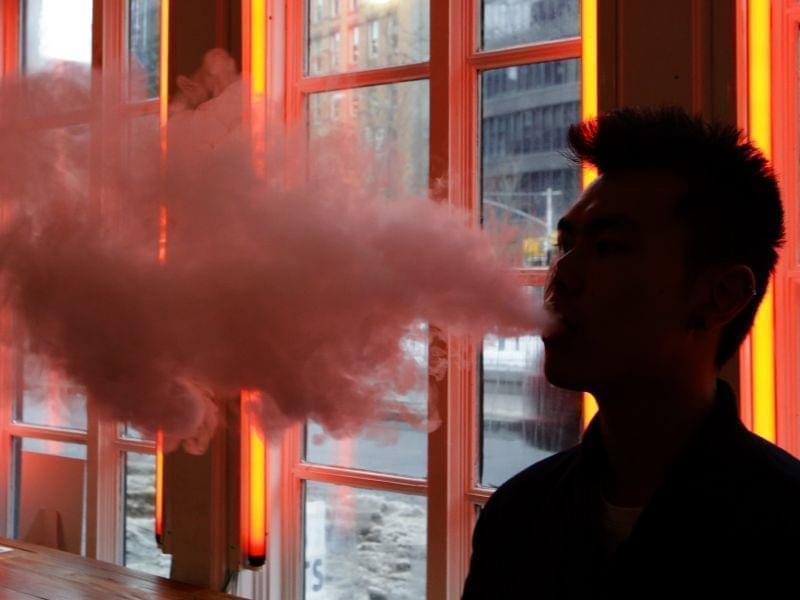