Christmas lights are up at the Illinois capitol, despite a brief period where it had appeared the state budget impasse would keep the dome dark. That interlude led to another outcome, appropriate during the season for giving.

The lights are on, thanks to a trio of unions that have offered to pay the state's Christmas lights electric bill.

But before that'd been finalized, Kristina Rasmussen had tried another method.

Rasmussen, a vice president at the conservative Illinois Policy Institute, organized a Go Fund Me campaign. Basically, her plan was to raise money through private, online donations.

Rasmussen says once the unions came through with the cash, she offered to refund anyone's pledge. The remainder, would be donated.

Just ahead of Thanksgiving, the lights-turned-charity crowdfunding campaign is over, and it should help to put food on needy families' plates: Rasmussen says the Central Illinois Foodbank received an $860 donation.

"It's a win/win," Rasmussen said Friday.

Of course, the state is still without a budget -- and that's led to an array of social service cuts. And though there's money for Christmas lights, the state's behind paying the rest of its energy bills. 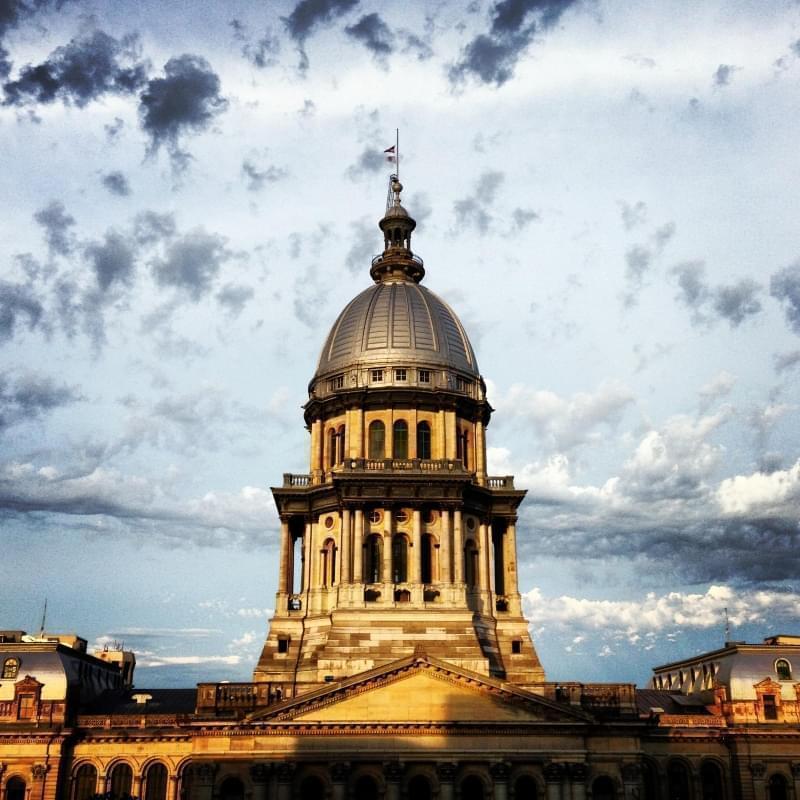 Capitol Lights Going Up This Morning; Unions Say It’s A Gesture Of Goodwill, Not A Political Nab