Increasingly, people are continuing to work past 65. Almost a third of Americans between the ages of 65 and 70 are working, and among those older than 75, about 7 percent are still on the job. In Working Late, a series for Morning Edition, NPR profiles older adults who are still in the workforce.

Sometimes you can't retire even if you want to. For Dian Sparling, a certified nurse midwife in Fort Collins, Colo., there's no one to take over her practice. But at 71, she's finding that staying up all night delivering babies is harder than it used to be.

Sparling founded an obstetrics and gynecology practice called Womancare 31 years ago. During her career, she's delivered around 2,000 babies. Last year, she decided she'd retire from that part of her job, though she continued to see patients in the office. She didn't miss being on call — the person who's awakened in the middle of the night when a patient goes into labor.

"When you're on call, you just can't really plan for anything. You just need to be available, both physically and your heart and soul available to do midwifery work. And when it's an unknown, I think it's a little bit more draining," Sparling says.

A few months ago, one of the other midwives in her practice had to take an extended medical leave. So Sparling had to go back to being on call.

"It would be horrible if I had to do this and stay up all night, and didn't love what I do," she says.

'A Wonder To Behold'

It's just past daybreak at the hospital's birth center, and Sparling has been here since 4 a.m. with patient Amanda Trujillo, who is about to deliver her third baby. It's her second with Sparling as her midwife. The two are comfortable with each other. The atmosphere is relaxed. Sparling tells Trujillo to just be patient a little while longer.

When Sparling leaves Amanda and goes out to the nurses' station in the birth center, her spiky white hair sets her apart from her younger colleagues. Nurse Kathy Clarkson makes a point of telling her she was missed during her brief semi-retirement.

"We're glad that you're back working again, Dian," Clarkson says. "When you retired, we were all crying."

Nurse Julie Christin says that as a midwife, Sparling works more closely with women in labor than do most MDs.

"Physicians rely on us to do a lot of the labor support. But Dian spends a lot of time with her patients when they're in labor. I like that because then she's involved and can make decisions quicker, and does what the patient want to do, which is good." Christin says.

Sparling is "in tune with them emotionally as well as physically," Clarkson says.

And then it's time for Sparling to get back in tune with Trujillo, who's ready to start pushing. Her husband, Isaiah, supports one leg, and delivery nurse Keri Ferguson supports the other.

As Amanda Trujillo works, her husband, Sparling and Ferguson cheer her on and report on the baby's progress. First his head emerges. Then his shoulders. And finally, there is a new little person named Samuel in the world, though at nearly 9 pounds, maybe not so little.

"There he is, Amanda." Sparling says. "Reach down here and grab your baby."

Samuel is born just before 10 a.m. Sparling has been at the hospital for 6 hours. And she's jazzed.

"People have asked me, 'Does this feeling after a delivery ever get old?' Absolutely not," she says. "It's a wonder to behold and my adrenaline stops pumping about two hours after a delivery. And then I can go to sleep."

But it takes her twice as long to recover from an all-nighter as it used to. Her closest friends worry about her. Sparling is long divorced. Her two sons live back East, so this group of friends are the ones she refers to as her "support people."

"We think she should be retired but she doesn't think she can," says Sparling's friend, Wayne Peak. "She's our age and we're retired and we like to travel and relax a whole bunch and she's on call and has to stay up in the middle of the night and deliver babies. That's not good."

Another friend, Nancy Grove, says she was not happy when Sparling first told her she was going back to being on call.

"Once I stopped thinking about myself and started thinking a little more about Dian, I really wanted to support her in what she wants to do, needs to do, because she's a very valuable asset in our community," Grove says.

A Line In The Sand

Sparling has reassured her friends that she will not keep delivering babies forever. In a way she longs for retirement — from deliveries, from the office, from work. But that would mean finding someone to take over her practice and run it the way she believes it should be run. For instance, no patient is turned away because of lack of insurance or inability to pay.

"The truth of the matter is this is not a money-making business," Sparling says. "It makes our salaries. It makes our health care insurance payments for ourselves, it pays for our malpractice insurance, which is required by the state and also by our hospital. We can exist and pay for ourselves, but it doesn't make money."

Sparling says that at 71, she realizes time is not on her side. As much as she loves her work, she wants to pursue the other pleasures of life.

"One of which is travel. There are so many places in the United States and the world that I would love to go," Sparling says. "And one is taking piano lessons. I was given a piano at age 7 by my grandmother, and really never made proper use of it and practice. And you need time to do that."

Sparling's given herself deadlines for retiring before. None have stuck. But she's still trying.

"And now I guess I can draw a line in the sand and say it's going to be [at] 75 I will no longer be seeing patients in the office," she says.

But she acknowledges that maybe a line in the sand isn't the best metaphor. She says, "you know how sand flows." 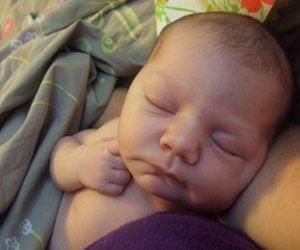