Former U Of I All-American Anderson Upsets Federer At Wimbledon

LONDON (AP) — Roger Federer was a point away from a rather tidy, straight-set victory in the Wimbledon quarterfinals. One lousy point.

And then it all came apart for the eight-time champion against an opponent who'd never beaten him before nor made it this far at the All England Club.

How hard was it to see this coming?

Federer was 4-0 against Anderson entering the day, winning every set they'd ever played against each other. But there was more. So much more. Federer was attempting to reach his 13th semifinal at Wimbledon and move closer to title No. 9, both of which would have broken his own records.

He came into the match having won 32 consecutive sets at Wimbledon, a run he stretched to 34 before faltering. And he had held serve 81 games in a row at the grass-court major, a streak that grew to 85 before Anderson broke him a surprising total of four times.

Not that Anderson is anything other than an elite tennis player. He was, after all, the runner-up at last year's U.S. Open.

But he had never made it beyond the fourth round at Wimbledon until this week, carried by his booming serve. He hit 28 aces against Federer, saved 9 of 12 break points and managed to hold his own in the rare lengthy baseline rallies.

As the fifth set became as much a test of mental strength as anything, from 4-all to 6-all to 8-all to 10-all, Anderson was as steady as he needed to be. And it was Federer who blinked, double-faulting to face a break point at 11-all, then slapping a forehand into the net to cede the key break.

Anderson then served it out, ending things with a 128 mph service winner, and raised both arms overhead.

Now the 32-year-old South African moves on to a semifinal against No. 9 John Isner of the U.S. or No. 13 Milos Raonic of Canada.

That will be played at Centre Court, of course, a spot Federer knows well. His loss to Anderson was the first match he'd played at No. 1 since 2015. 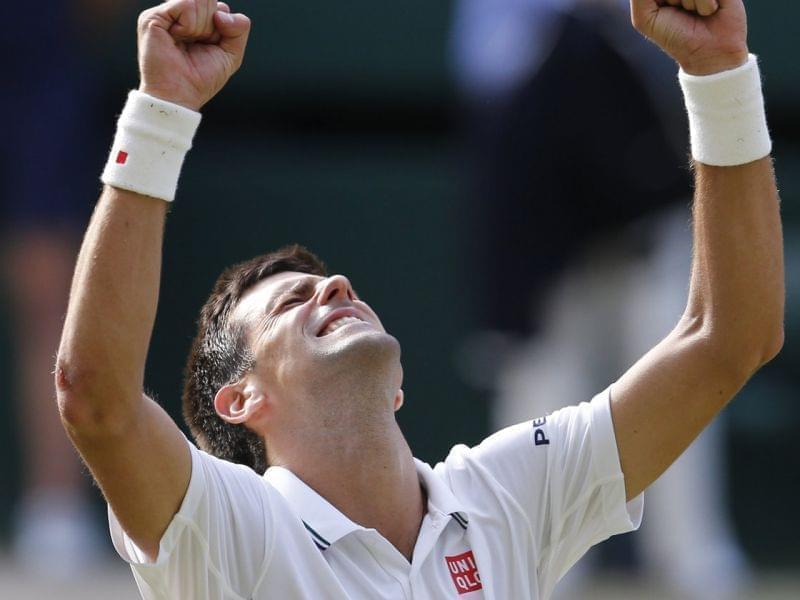