A bill (HB 2615) to regulate the oil and gas drilling technique known as fracking is still undergoing amendments in the Illinois House --- including one that industry groups that worked on the bill say they don’t want.

The amendment would require drilling operators coming to Illinois for fracking projects to put their employees through a union-supervised licensure process.  But Tom Wolf of the Illinois Chamber of Commerce says the union-sponsored training isn’t needed and requiring it would only drive well contractors away.

“These oil operators are national companies that don’t have to go through licensure in any other state in the country," said Wolf. "More than likely, we believe they won’t come to the state and go through that process, because they have other holes to drill in the country. It’s not the only state they’re looking at. And even setting up the process in the first place would be a one to two year process.”

Wolf made his comments Thursday on WILL-AM’s Focus program. He appeared on the program with one of the bill's chief co-sponsors, State Rep. Ann Williams (D-Chicago) and Alan Grosball of the Environmental Law and Policy Center, which supports the bill, while opposing fracking in general.

The amendment was filed this week by the bill’s chief sponsor, southern Illinois Democrat John Bradley, and sent to a committee he chairs for a Thursday morning hearing. But the bill was never brought up.

Wolf said he and other business organizations hope to convince lawmakers to drop the amendment. 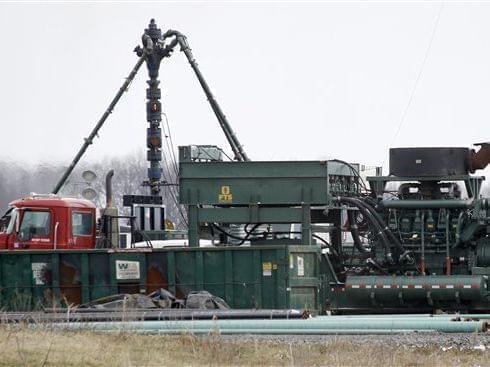 Compromising for the Greater Good? Regulating Fracking in Illinois