From Pot To Guns To School Funding: Here’s What’s On The Ballot Across The Country

It's time to talk about ballot measures. Or rather, those other things voters are deciding on Nov. 8.

This November, there are 156 measures being voted on in 35 states and the District of Columbia. California is in the lead, with a whopping 17 measures on its ballot.

Although these ballot measures are voted on state by state, there are some big national themes.

With nine states voting on it, the most popular ballot measure topic this year is marijuana. Some states are asking voters whether to legalize it for recreational use, others for medicinal use. Another sign of the times: at least seven states are voting on changing their elections in some way, be it limiting campaign contribution limits or changing how citizens vote.

Other prominent themes across the country are education, guns, tobacco, minimum wage and the death penalty.

Arkansas, Florida, Montana and North Dakota are all voting to permit marijuana to be used as a medical treatment with a doctor's prescription, although each state varies a bit in what medical conditions can count.

These five states are all voting on regulating marijuana more like alcohol. If passed, marijuana would be legal to possess and use in small amounts for those over age 21 and its sale would be taxed.

Colorado is voting to let people who aren't affiliated with a party vote in the state's primary. South Dakota is also voting to get rid of closed primaries and in addition, is asking voters to to do away with party labels on ballots although that wouldn't apply to the presidential and vice presidential races.

Alaska has a measure that would let residents register to vote when they apply for their permanent fund dividend, which is the money the Alaskan government gives people who live there for a full year.

Missouri, on the other hand, is voting to make voting a little bit harder by requiring a voter to display a photo ID at the polls.

California and Washington have measures that would urge state elected officials to push for free speech to apply to individuals and not corporations. Both are in response to Citizens United vs. Federal Elections Commissions, the Supreme Court case that said that, based on freedom of speech, the government cannot restrict political expenditures by corporations and independent political committees.

One measure on the California ballot would authorize $9 billion to go toward various school projects at both the K-12 and college levels.

Maine is voting to increase taxes (on income over $200,000) to create an education fund. Oklahoma plans to do it with a sales tax.

Oregon is voting on creating two separate education funds: one would be used to give fifth or sixth graders a week-long outdoor school program and the other would be used for dropout prevention.

Right now, there's a 1998 law in place in California that bans school instruction in languages other than English. If the ballot measure is approved, the existing law would be repealed and open the way for bilingual education.

A measure in Massachusetts would allow the state's Board of Elementary and Secondary Education to approve up to 12 new charter schools or charter school expansions each year.

Georgia is voting to form an "Opportunity School District" that would allow the state to take over failing schools.

The Right to Hunt And Fish: Indiana and Kansas

Although neither measure explicitly mention guns, both states are proposing amendments that protect hunting and fishing as a constitutional right.

The measures proposed in these three states would require a background check before someone buys a gun.

California's measure requires a background check to buy ammunition and also bans large-capacity ammunition magazines. California is also proposing to prevent people who have stolen guns in the past from possessing guns again.

This measure would allow people to get a court order that would temporarily ban people who show signs of mental illness or violence or another behavior that might indicate that they could harm themselves or others from possessing firearms.

These states are also outlining where that extra revenue would go. California and Colorado would put the money toward healthcare, tobacco prevention programs and research. Missouri plans to spend the money on transportation infrastructure projects and early childhood education while North Dakota would spend the proceeds on the state veterans' home and the state hospital.

Though their end goals differ, these four states are voting to increase the minimum wage little by little until 2020, though Maine is extending that to 2024 for workers who receive tips. Arizona, Maine and Colorado would increase the wage to $12 an hour — right now the federal minimum wage is $7.25 an hour. Washington is proposing an increase to $13.50 an hour. Both Arizona and Washington's measures would also require paid sick leave for most workers.

South Dakota is voting to lower the state's minimum wage to $7.50 an hour for workers under age 18.

California is voting to get rid of the death penalty and replace it with life in prison. It would apply retroactively to prisoners already sentenced to death.

Moving in the opposite direction of California, Nebraska is voting to reinstate the death penalty by repealing a bill passed in 2015 that banned it.

California actually has two death penalty measures on the ballot: one to repeal and one to revise it. The measure that would revise the death penalty rules would make changes designed to speed up the appeals and petitions process.

Oklahoma's revision deals with the method of execution. The amendment on the ballot, if passed, would change language in the state's constitution so that if a court decides that the execution itself is "cruel or unusual punishment," the death sentence would stay in place and a new method of death would be found.

California is voting on a measure that would require people in adult films to use condoms during sex scenes. It would also require film producers to pay for the STI vaccines, testing and medical exams of the actors.

Colorado is voting on whether or not to allow adults diagnosed with terminal illnesses and facing imminent death to end their life with prescription medication. The measure has a lot of stipulations along with it, such as requiring two other doctors — in addition to the one who wrote the prescription — to confirm the prognosis of death and also confirm that the patient is making a voluntary and informed decision.

Yes, you read that right. There is a vote on slavery in 2016. The Colorado state constitution currently bans slavery and "involuntary servitude" ... except if it's used as punishment for a crime. This amendment would get rid of that exception and say that slavery is not okay, ever.

This one asks D.C. residents whether the D.C. Council should petition Congress to create a new state out of the nation's capital, to be called New Columbia. It would split the district into a residential state with a small federal district in the middle of it for government buildings and monuments.

This round-up is not exhaustive. If you're looking for the rest of the ballot measures in your state, the National Conference of State Legislatures has a database and a state-by-state guide. 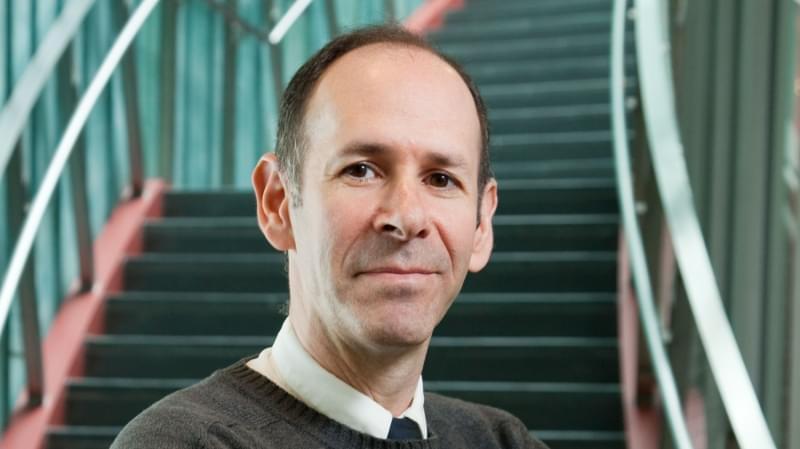 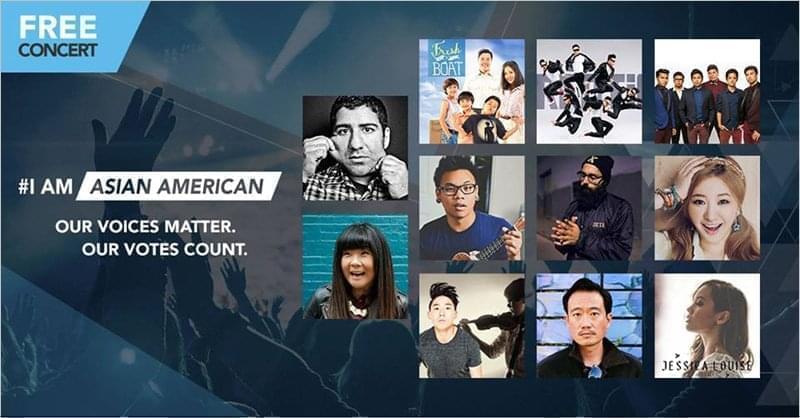 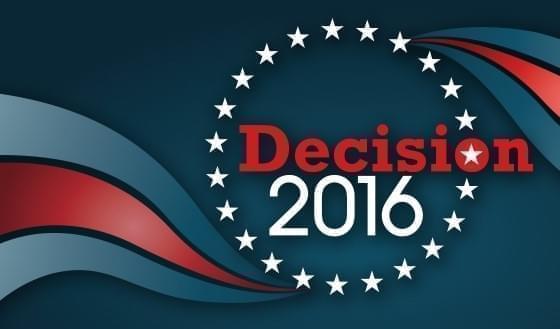 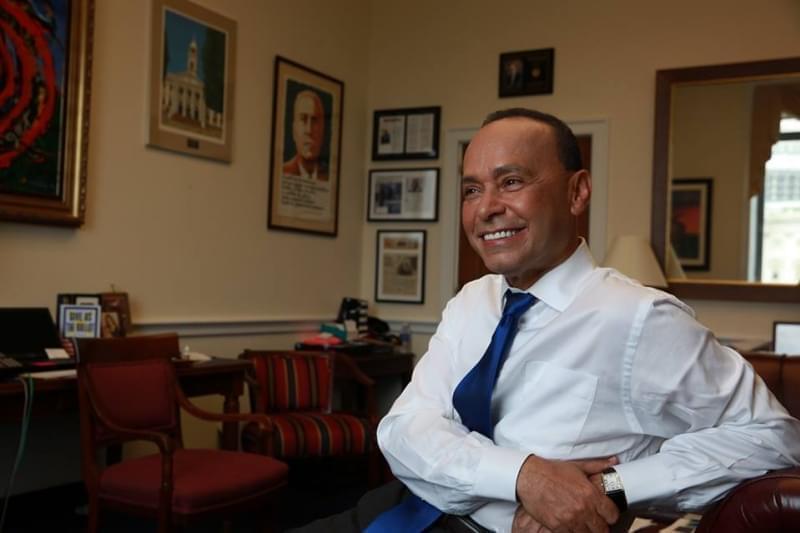 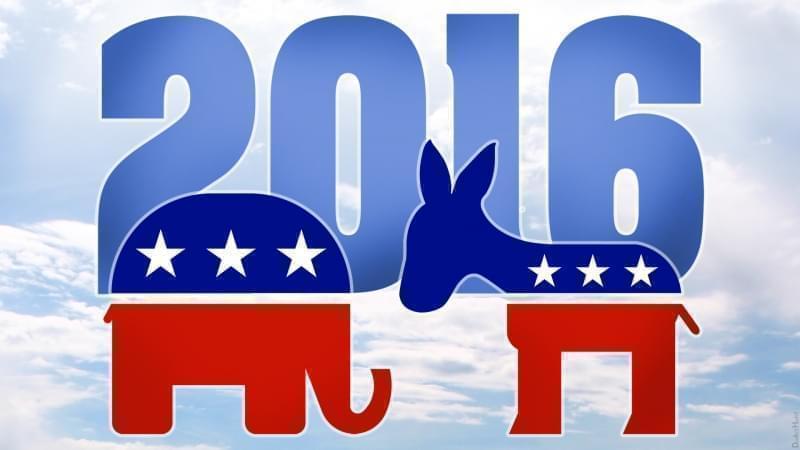