The last day of sign-ups for health insurance on the HealthCare.gov website is turning out to have a lot in common with the first: lots of computer problems.

But there are some big differences, too. Back in October the not-ready-for-prime-time website was only able to enroll six people on its first day.

Today's issues included an outage lasting several hours during the early hours of Monday morning. By midday on the East Coast, new enrollments had stalled, apparently caused by a deluge of visitors to the site.

There were 1.2 million visitors through noon, and more than 109,000 concurrent visitors at the biggest peak of the day up to that point, according to Health and Human Services spokeswoman Joanne Peters.

Because that peak traffic is more than the 100,000 users the site is built to handle at any one time, people have been fed into a queuing system that asks them to leave their email address and be invited back later to complete their enrollment.

NPR White House correspondent Scott Horsley reports getting invited back after about 40 minutes when he left his information at around 1 pm.

Administration officials confirm that anyone who leaves an email on the site will be counted as having made enough of an effort to obtain insurance to secure an extension that will entitle them to purchase coverage after tonight's midnight deadline has passed.

It also appears that end-of-enrollment surge could bring the total number of sign-ups very close to the 7 million originally predicted by the Congressional Budget Office.  On Thursday, the administration announced enrollment had reached the CBO's 6 million estimate made after the botched launch last October. 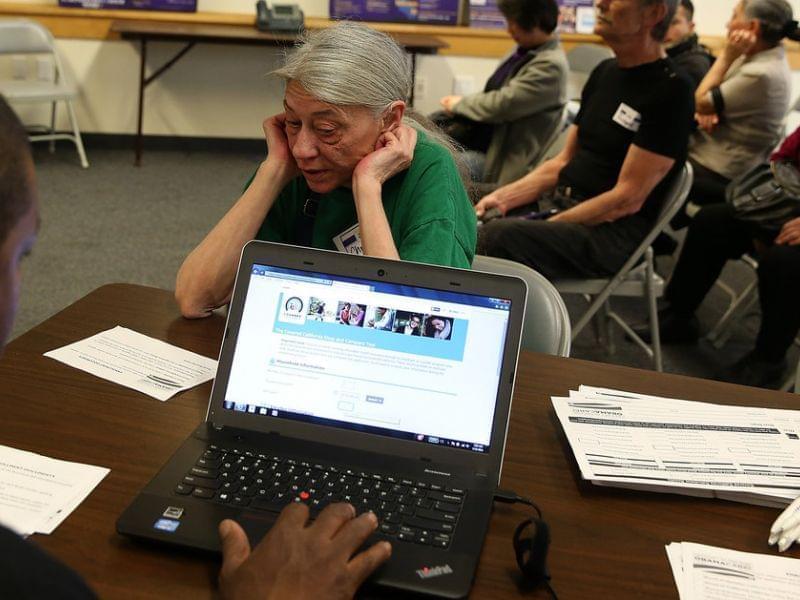 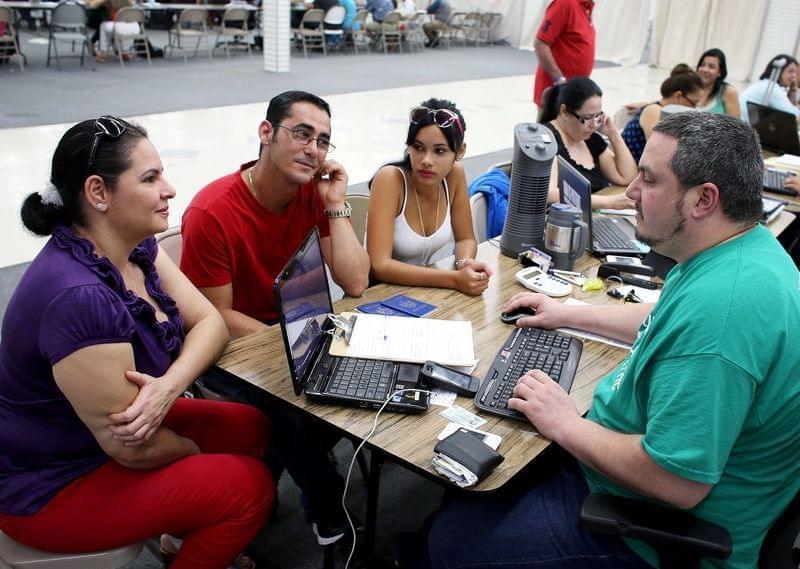 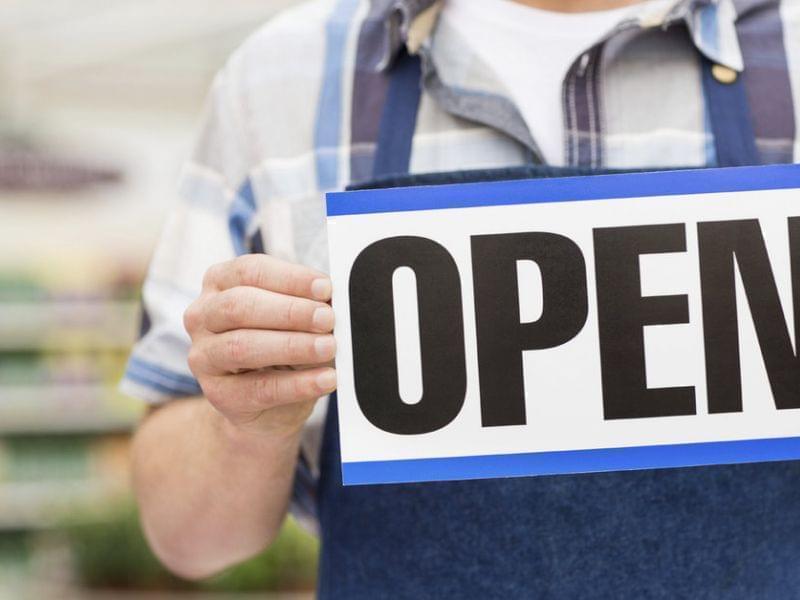 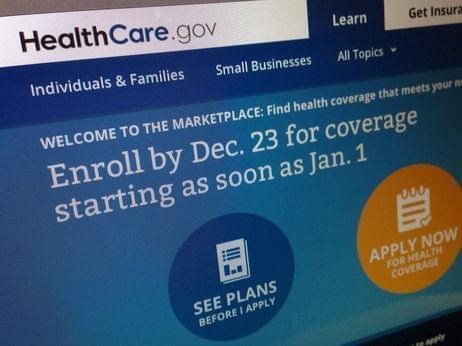 Health Care Enrollments Up, But Still Well Short Of Goal