Gubernatorial candidate Bruce Rauner was in Springfield on Wednesday, filing his term limit initiative after months of collecting signatures. But the plan still has to survive an expected court challenge.

Weighing 1,000 lbs, the nearly-70,000 pages of term limit petitions had to be wheeled onto a semi trailer to be driven to the State Board of Elections.

A custom-made box — as tall and wide as a piece of paper but 36 feet long — contained more than twice the number of signatures needed to get the proposal on the November ballot. 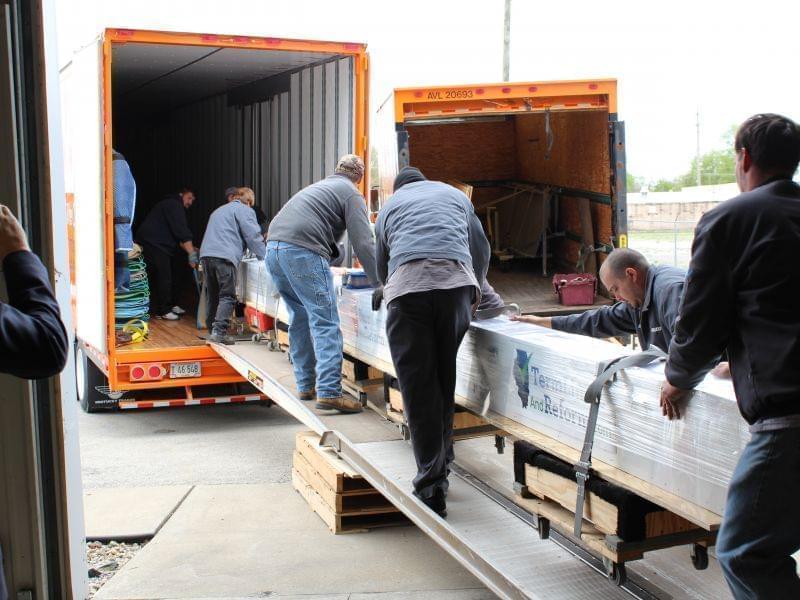 The near-70,000 page term limit petition is wheeled onto a semi truck on Wednesday. The petition boasts more than twice the number of required signatures to get the proposal on the November ballot. (Brian Mackey/IPR)

Rauner said recent allegations of patronage and misspent tax dollars are why Illinois needs term limits. This plan would limit legislators to eight years in office.

"Incumbents are in a dominant position and especially in a state with corruption at the level that Illinois has, it's important to truly give voters real choice," Rauner said.

But between now and November, the plan will likely be challenged in court. The Illinois Constitution has strict requirements for citizen initiatives. An attorney for the term limit committee says it was carefully crafted to avoid the legal missteps that doomed another term-limit proposal 20 years ago.

That earlier push for term limits was led by none other than Gov. Pat Quinn.