President Barack Obama says he joins with Michael Brown's family in urging peaceful protests after a grand jury decided not to indict the Ferguson police officer who shot and killed the unarmed, black 18-year-old.

Speaking Monday evening after the grand jury's decision was announced, the president said first and foremost the nation is built on the rule of law. He said despite anger and intense disagreement on either side, Americans need to accept the decision that the grand jury made.

Police cars were vandalized and several gunshots were heard on the streets of Ferguson after the announcement of the grand jury's decision.

At least nine votes would have been required to indict Wilson.

About 15 minutes after Prosecutor McCulloch made the announcement, St. Louis County police used a bullhorn to tell crowds outside the Ferguson Police Department to disperse, saying it had become an unlawful assembly.

Protesters hugged a barricade and taunted police, sometimes with expletives. Some chanted ``murderer.'' Gunshots were heard down the street and somebody threw a water bottle that bounced off a police shield.

Some in the crowd reportedly tried to stop others from taking part in vandalism and other violent reactions.

Brown's Aug. 9 death sparked more than a week of unrest that included angry clashes between police and protesters and led Missouri Gov. Jay Nixon to briefly summon the National Guard.

The Justice Department is conducting an investigation into possible civil rights violations that could result in federal charges.

UPDATE: This story was updated to add coverage of the public's reaction and the president's remarks after the grand jury's decision. -- 11/24/14 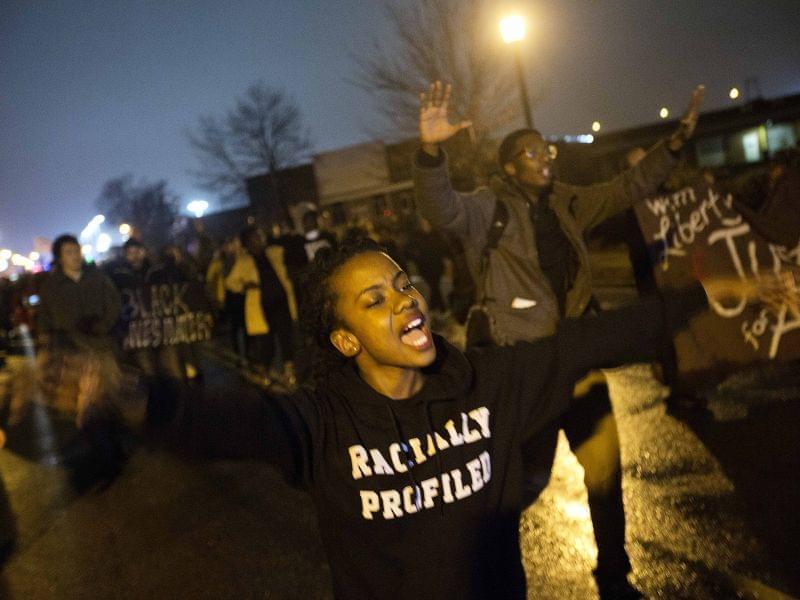 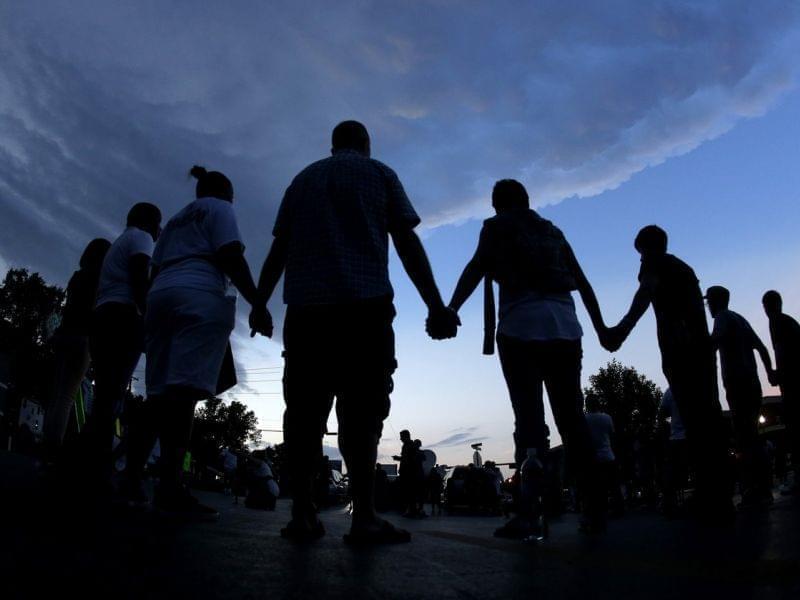 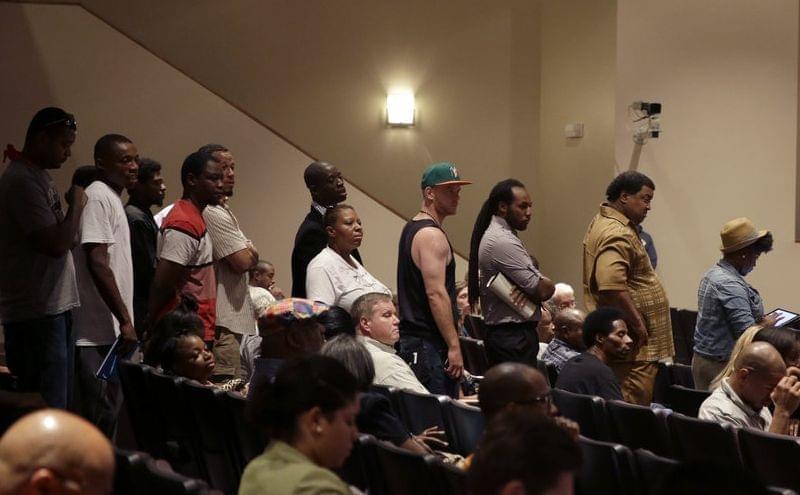